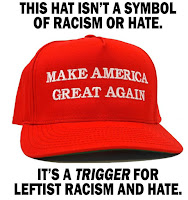 I haven't been doing very well lately because of so many things over the holidays and a busy month so I haven't posted for a while.  As I am still not quite up to a full production, instead I'll do some quick reactions and thoughts on various current events.


Abortion Laws: New York passed and several other states are rushing to get passed very broad, extreme abortion laws.  European laws aren't even this broad.  My guess is they see Justice Ginsberg on her last legs and are trying to get state laws locked in early before she dies and is replaced.  They fear the overturning of Casey and Roe v Wade which would turn abortion decisions over to the states.

Its depressing and upsetting to me that the radical and outrageous pro-abortion stance of Virginia governor Newsome (killing babies after birth) is being overshadowed by some stupid picture he may have of him in blackface, or a klan costume.  Racism is mean and stupid, but killing babies is evil.

Meanwhile his lieutenant governor is accused of sexual misconduct against a woman years ago.  While I wouldn't be surprised if he'd done it (everyone in power seems to be scum) I don't like the idea of just siding with a woman's word without evidence or support, and without her even saying anything at the time.

Reporters being laid off at various news and quasi-news organizations, I sympathize with their sudden lack of work, as that's not easy to face.  But at the same time, these news magazines and sites were running in the red and couldn't keep doing it forever.  Plus a lot of them were ridiculously bloated, with literally thousands of employees, and that's way too many for what they do.  And with sites like Buzzfeed the content is so awful they shouldn't have been kept on anyway.  But I do wonder why January was such a festival of firing?

Somehow I suspect these layoffs are related to the end of "Net Neutrality" and funding they were getting.  But perhaps this is also related; $216 million funding ending December 2018 for "combatting misinformation in the media."


Related to the layoffs is the "learn to code" jibe many were giving these fired people.  Why say that? Because that was Joe Biden's crack against coal workers who lost their jobs under Obama's policies, and the press thought that was just clever and wonderful.  But Twitter (and the press) think the "learn to code" thing was some organized 4chan joint, all coordinated as a "targeted attack" which is utterly laughable.  Yet when your entire world is top-down coordinated false grass roots, I guess that's all you see when something happens.  So Twitter banned and shuts down any comments that mention the phrase.

Jobs report looks great, that's a lot of new jobs and its more than required for bare maintenance of the workforce.  The chart looks terrific over the last two years, and I expect more of the same for a while longer.  Labor participation rates aren't great though, still fairly stagnant.

The Covington kids thing fell right on the heels of the Buzzfeed failed story that Meuller himself detonated.  The press was so eager for the Buzzfeed story of Trump ordering his lawyer to lie for him ("if true...") they looked like idiots when it was demolished.  I suspect that they were desperate for a story that helped turn the narrative and made the people mocking them shut up, and went way overboard.  It was too perfect: MAGA hats, pro-choice rally, minorities vs white boys, they couldn't resist.

Jussie Smolett claims he was attacked by MAGA hat guys yelling "MAGA country" which struck pretty much everyone as silly.  He was eating a sandwich and talking to his manager in -20 degree winter outside when guys with a noose ran up an accosted him?  Every single aspect of his story falls to pieces upon closer examination.  Just a ridiculous myth. 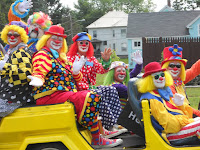 The Democrat clown car of would-be presidential candidates is filling up fast, but one wonders how many actually are running for president and how many just want to be considered for the VP slot.  It was clear all along that every single leftist out there was going to file and join the race, but its pretty silly looking already.

In Birmingham, England, muslim moms are angry at and protesting the aggressive pro-homosexual agenda in grammar schools there.  This was a matter of time, and its probably happening a lot without being reported on because its so damaging to the narrative.  Muslims are not pro-homosexual, and they are not shy about it.

Gilette's daffy "our customers are brutish thugs and need to change" ad went over like a lead balloon.  One wonders just how this kind of stuff gets past corporate bosses.  Of particular interest was the racial politics: the black guys were almost universally heroic and telling the evil white men to stop being so cretinous and masculine.

And finally the "Shutdown" which was pretty much all theater.  It did affect some people, but not very many and the large majority of Americans had to be actually told anything bad was happening, since it had no effect on them whatsoever.  The local news actually begged people to tell them stories of how the shutdown was hurting them, since they were apparently unable to find any and nobody was noticing.  The problem is Nancy and Chuck were up against a wall: they couldn't back down after their rhetoric and their already barely contained control over an increasingly factured and radicalized party.  They had nowhere to go.  So now we see what happens next, if Trump will cave a third time on this or not.
Posted by Christopher R Taylor at 7:00 AM

Tim Pool has some very good thoughts on the loss of the various journalists losing their jobs, and the timing thereof. He had worked for sites like these in the past and has some insight. The main issue is that most of these sites are funded by Venture Capitalists, who are not interested in anything but the actual bottom dollar of whatever they support. So at about the same time, many of these sites were funded, and the time has come to pay the piper. Many of these sites were not performing as well as they should, and yes the bloat is a good reason why, plus it turns out people don't really like to do lists, or quizzes all day long. its a market correction for ack of a better term.