"Sweat is the cologne of accomplishment."
--Heywood Hale Broun 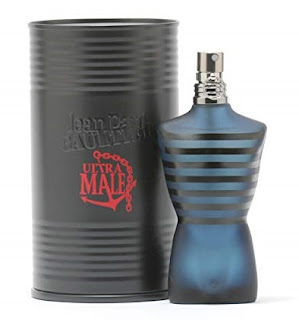 Some time ago, I wrote a piece about men's scents that was published on the Washington Examiner's website and it got some positive response over the years.  My main thesis was that men's scents don't smell manly or masculine at all:

You can't go into Wicks&Sticks or Bed Bath and Beyond and find anything remotely masculine. For a guy its like going into enemy territory, an intimidating and dizzying array of feminine goods with a cloud of scents so overpowering men stagger out looking for oxygen. What's needed is a bit of masculinity in some of these products. Why not leather and sawdust scented shampoo? How about motor oil and tobacco? Newly mown grass and freshly turned soil? Where's the man's side of things, with scents designed to make them smell more manly rather than slightly less feminine than the really girly smells?

Would it really kill a perfumer to come up with a man's scent that's more like sawdust, pipe tobacco, or straw?  Scents that are more associated with manliness and work than a fruity French noble strutting the halls of Versailles?  Apparently so, but I don't suppose perfumers are big on traditionally masculine labor and exploits, really.

That said, there is some effort along those lines, with some men's scents being a bit less floral and sweet.  The problem is that these days you pretty much have to be in a rural setting to even meet a woman who associates the smells I suggested with men.  A city girl -- most of the female population, since populations contain the bulk of humans -- will be more likely to associate beard oil, candy-flavored coffee floats, and plastic with men than anything traditionally manly.

And let's be honest, its the women that men are trying to attract with this stuff.  In a study done a while back, women blind tested though that baby powder was the sexiest smell in the world (although chocolate, lavender, and pumpkin pie ranked high), possibly from association with procreation and comfort.  With that kind of inclination, perhaps men should be going for the smell of the ponce, rather than the smell of the worker -- in a club, at least.

With that in mind, recently a comment from a blog called Beauty Pert dropped into that old post on scents from 2011 because they had taken hundreds of colognes and tested them for scent, price, and durability (how long the smell lasts), coming up with a top 10.  And while most of the scents are fruity, sweet, and not exactly bursting with masculinity, all got high marks in female approval; well from urban females, at least.

So if you're curious what might work best for you in the club or on the subway, this is something to look at and consider.  I'll stick to maybe once in a while some aftershave myself.
Posted by Christopher R Taylor at 10:27 AM