THE END OF PROFESSIONALISM 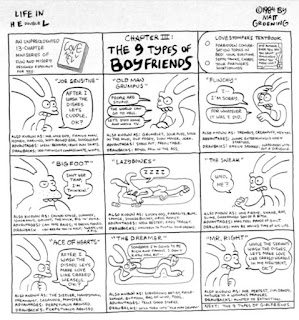 Its not so big a thing any more but there was a time when the free independent newspaper was significant in every college town and city.  Back before the Simpsons was a cartoon short on The Tracy Ullman Show, Matt Groenig was known for a quirky, depressing cartoon called Life In Hell that ran in these underground/alternative newspapers, along with other regulars such as Politenessman.


These newspapers were run by hippies and neo-hippies who were usually in college or dropouts from college that worked on various newsletters and such and would generally contain the latest hard left cant, stories on the glories of hemp, and extensive, seedy classifieds in the back that paid for the operation.

This is where you'd read about how we should only have free trade coffee and when the next drum circle in the park was going to be.  They'd cover all the most recent leftist academic concepts, calling for things like universal basic income, free health care, and basically everything the left is pushing for now, while labeling anyone who disagrees with them as fascist.  Often they were pretty low key about it all, not as strident and angry as today.

You could generally tell who would write for this: white guys with dreadlocks, girls with oddly colored and cut hair, old hippies, etc.  They had a sort of predictable look and patchoulli aura, but the papers were good for a read while eating at the local bistro or getting some coffee.  Stacks were outside the record store and the head shop, and nearby any restaurant or coffee shop downtown that catered to college students.

That was then.  Today, these people are running major newspapers.  Don't think so?  Check this out: 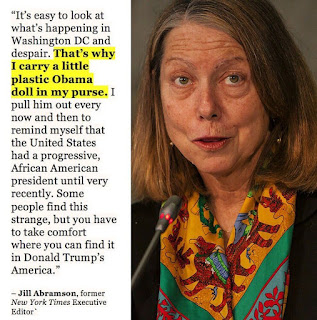 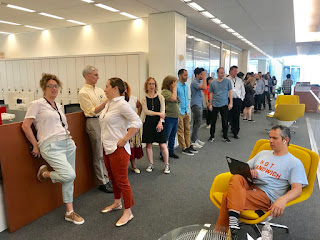 These are people who worked for or are working for the New York Times.  This is the single most prestigious and respected newspaper in the United States.  30 years ago, these people wouldn't have been allowed through the front door, let alone given a job -- still less made an editor.  Now they're running the place.

That's why the mainstream, established newspapers today read and sound like the old free "alternative" papers of the past.  Because all those old newsmen and women, all the hard core journalists, those grizzled editors, they're all gone.  They've been replaced by the alternative paper people.  So you get the same quality and tone and content of the old alternative papers.  The same outrageous blatant bias, the same lack of fact checking and hysteria, the same ridiculous outlook.

I mean, look at the content the New York Times is putting out these days: 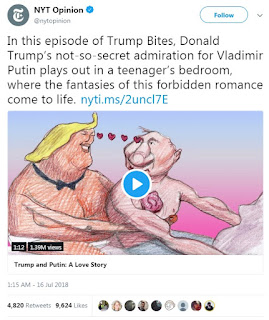 This is exactly the kind of trash you'd get in those old papers.  I don't so much mean the lame concept (although that's pretty much beneath contempt) but the awful art and ridiculous tone.  Put aside the hypocrisy of someone who constantly yells about homophobia using homosexuality as an insult and attack.  Just look at the quality here.  This is middle school level thought and work.

Again, this is the New York Times, the "old gray lady" of news, the single most prestigious news organization in the United States.  This is how far it has sunk, and its not alone in the nation.

And this effect is not just the news media.  When's the last time you went into a bank and saw anyone working there who looked like a banker?  A doctor who seemed professional and like a doctor?  A professor who seemed learned and discerning?  Pastors who seem dignified and reverential?  This lack of professionalism is nearly gone around us.  I don't simply mean casual dress, I mean someone who puts out a front and an aura of professionalism and mature dignity.

The need to turn everything casual is acceptable to some level, I don't think everyone has to wear a suit and tie.  But there's a point at which casual becomes just sloppy, then becomes contempt for customers and surrounding people.  If you cannot give a sense of competence and adulthood, its difficult to trust you with anything weighty or meaningful.

Its another topic, but the entire cultural idea of growing up as a trap and that "adulting" is something you do when you have to, then get back to being Peter Pan as soon as possible is incredibly corrosive to culture and our future.  Its related to the candy and num nums approach to life.  But this goes beyond never wanting to grow up, its more a rebellion against ever having to get out of bed or comb your hair.  Its the early teen rebellion against taking showers and wearing clean clothes, its simply a tantrum against having to do anything for anyone except yourself.
Posted by Christopher R Taylor at 10:14 AM