"I had a black dog, his name was depression"
-Matthew Johnstone 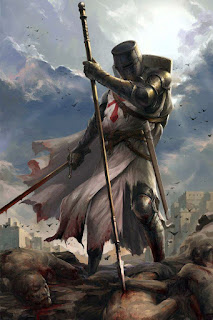 Anthony Bourdain killed himself today.  His death has left many people shocked and hurt, and certainly has left his 11-year-old daughter without a father, and his girlfriend Asia Argento without a lover.
As a man who has walked with the black dog before, and come very, very close to ending it all several times, I can assure you I understand where the urge comes from.  There comes times when nothing at all matters and you cannot see a way out or a way forward.  Where you look at your life and see only the wrong, the bad, the mistaken, the stupid, the hurtful, the failure, the misery, and any look forward sees only more of the same.  I know that dark place very well.

I know that there are people out there feeling that right now.  Maybe its you.  You read things like this blog not because of any hunger for information or knowledge, not out of a thought that maybe it will be useful some day, but out of some dull grinding pattern of habit or the tiny glimmering distant hope that perhaps it will give you a reason to even look at yourself in the mirror.

No, I'll just say this: suicide is the most cowardly, selfish thing anyone on earth can do.  Nobody understands this better than someone who had someone close to them kill themselves.  I got a suicide note from a friend online.  She'd killed herself, and apparently I was the only person she thought had been decent to her.  It hit me like a shovel in the chest.

Suicide is about yourself, and it is an attempt to ignore everyone else and what it will do. You tell yourself lies about how they won't care or are better off without you.  But its hateful lies whispered in your ear.

Never, ever give up that fight.  Keep on being the hero.  Keep on battling them back.  Keep that sword in your hand and step out there every day for that battle.  Because as long as you keep fighting you have a reason to keep going.  The battle its self is your purpose, when there is nothing else.

Its wrong to kill unjustly, and make no mistake you kill a human being when you suicide.  You wouldn't kill someone else that way.  Don't do it to yourself.  Don't back down.  Don't give up.  Don't ever stop fighting.

And while you fight... there are things out there you can do.  Weapons you can arm yourself with.  New pieces of armor.  A shield.  Find those around you who are there to help.  Reach out to those who can make a difference: a loved one, a pastor, a counselor.  Sometimes its chemical, its something that broke inside you like breaking an arm, something that can be helped with proper care.

But you can't reach that armor if you give up.  You cannot arm yourself with that new sword if you give in.  Never
Ever
Stop
Fighting.
Posted by Christopher R Taylor at 1:41 PM

Shared everywhere I can possibly share it, and bookmarked for the future. Thanks for keeping up the fight, and living to tell the tale, Christopher. God bless you.