"We are literally turning umbrage into an industry."
--Lionel Shriver 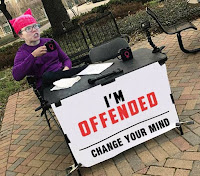 One of the hazards of modern writing is a sector of the public who is ready to find fault and discomfort in nearly anything they encounter.  This oversensitivity and zeal to run to social media and decry what one finds objectionable.  An author can run into this movement to their discomfort, particularly in certain genres.

There is such a thing as the "Sensitivity Reader" being used at big publishing houses, and you can hire one or more personally as an independent writer. What they do is go through your book to see if there are any of a certain sort of stereotypes, biases, or what they consider to be "problematic language."

This has the advantage of giving your work a seal of approval that is likely to avoid most of the social media outrage machine, and prevent people from complaining to your publisher (or you) about certain elements of your book.  However, there are many disadvantages.

I would warn authors to be cautious having a "Sensitivity Reader" edit their book for the basic reason that conflict and uncomfortable characters and situations are what make for drama and engaging storytelling. If you sanitize everything out of the book that certain groups may find objectionable, you're likely to defang your story and may even ruin your plot.

Its important to remember that an author has a story to tell and uses characters, situations, language, and events to move that story along, entertain, inform, and interest readers.  Having someone pore though your manuscript to remove all the objectionable bits is very likely to ruin the story.

Mark Twain's books include racist terms and peoples.  Should that be removed for being objectionable to minorities?  JK Rowling's Harry Potter stories have very unpleasant people doing mean things, should those be removed for triggering those who have experienced similar events?

There’s a thin line between combing through manuscripts for anything potentially objectionable to particular subgroups and overt political censorship. Is it any longer acceptable for characters to be bigoted? Can a character in your novel vote for Brexit? And if all the characters speak with the same courtesy, and voice the same standard left-of-centre views, contemporary fiction can’t hope to contribute to the understanding of a world that elects Donald Trump.

Fiction won’t help younger readers to make sense of their real lives, if in books Muslim men never groom white girls or become radicalised through the internet, transsexuals never regret transitioning or conclude they’re actually gay, women are always confident and empowered, and the terminally ill are always brave (or whatever they’re supposed to be; ask the experts). These days, with all hell breaking loose in Europe and the US, the left’s sensitivity run amok seems to be coexisting in a bubbled‑off alternative universe. 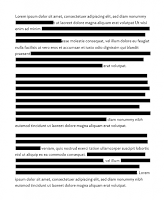 Sensitivity Readers are expensive, one quoted in the Guardian piece about them quit while making $100 an hour to go through books.  Another reference states that it cost $250 for a single book examination.
Further, based on the article, they can be difficult to work with.  The retired reader complains:

Now, that's not the voice of a skilled, engaging editor, that's the voice of a tyrant.  And to be honest, anyone who reads other people's writings in order to find things the consider objectionable is not very likely to be flexible and understanding.  They aren't typically the sort of person who is there to engage in a discussion or consider what other people think, only to impose their viewpoint.

And it is important to understand that these readers only come from a specific and particular viewpoint.  They are not going to worry about how poorly white men are portrayed or what insults are directed at Christians.  They won't care if a conservative nationalist is treated in a story.  They will not object to the depiction of southerners as ignorant incestuous bigots.

So the end result is that an expensive Sensitivity Reader is likely to just slant your book in a manner that is objectionable to another group of people, rather than clear up any objections.  And that's not a big win for authors at all.
Posted by Christopher R Taylor at 9:12 AM