BE THE CHANGE YOU WANT TO SEE

"This little light of mine, I'm gonna let it shine" 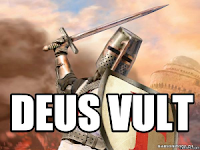 One of the aspects of Christianity that some other religions find odd or unpleasant is evangelism.  The term comes from the Greek word for Gospel: Evangael.  It is a concept of reaching out to tell others about the "good news" of salvation as told to by Jesus and out of an outpouring of love and joy in the heart, wanting others to have this as well.
The term has gotten broader meaning over time, so that evangelism is pretty much any very excited person pushing their delight or worldview on others: veganism, environmentalism, D&D, fly fishing, whatever.
And there's a newer version out there being taught today to kids by every outlet imaginable.  Kids books, television shows, movies, comic books, teachers, news broadcasters, everyone.  Its like having Sunday School all around you all day long.
SNOWFLAKES
When people look at the culture around them, they see some problems.  They see overprotected children being kept from difficulty, failure, or potential harm by parents to an excessive, over zealous degree.  They worry that such children will grow up unable to deal with the challenges and difficulties of reality.
And that's a valid concern, one I've written about here several times.  The bulk of the crazy that's swirling around culture comes from young people growing up enough to be confronted with an unfair, unjust, painful world they were protected from too much and too long.  They tend to be unable to deal with this, having never learned the basic skills, and often throw a tantrum.
We all know what this is like and have seen it over and over in the news, from Occupy to people screaming at the sky over who won the presidency, to colleges banning words, changing language, and considering free speech a suspicious, if not destructive concept.
EVANGELISM
But there is another source of the problem here, and it comes from the other side of the issue.  Its the problem of children being raised with the idea that there's some utopian ideal that tehy can and will achieve because of their greatness.  The term usually thrown around is a variation of the title, above: "Be the change you want to see."
The quote is usually attributed to Gandhi, who never said that (as far as anyone can find) but the closest we can find is this quote: "If we could change ourselves, the tendencies in the world would also change. As a man changes his own nature, so does the attitude of the world change towards him. ... We need not wait to see what others do."
Now, this sounds nice enough, and it is indeed part of Christian doctrine: live your life in such a way that you bring glory to God and possibly get people to ask why you're different and what could be bringing that about.  The concept here is that young people often see the problems with the world around them, and that if they have an idea of what the world should be like, well they can live that way and thus change the world as those old terrible people all die out.  They'll just replace humanity with Humanity 2.0, rebooting to a purer, more enlightened world!
And in the process, people will see what better people you are, and change to be more like you, because clearly, its superior to their old traditional old ways of oldness and olditude.  Old.  Did I mention that they are better because they are young?  And not old?
The concept is to build a better world by pretending its already here, in defiance of the old and existing.  Your Will, to put it another way, has the Power to transform the world around you, and bring about a superior existence, one that perhaps will last 1000 years.
This is, in large part, why there's been such a ridiculous outcry against Brexit and an even larger, insane, frothing, tantrum against President Trump's election.  We were making the world better and you ruined everything!!!! Its fury and frustration that their grand plans are being undone by old stupid white people who should all just die!

We spend a lot of time trying to change other people. There is, after all, so much wrong with them: they’re selfish, arrogant, bullying, weak, cold, needy and so on. So we try to point this out – and often meet with resistance, denial or sheer indifference. This can be very agitating and hence renders us cross and severe. Why won’t people take our lessons board?

In short, it drives you absolutely crazy.  Or lying to yourself.  Or you abandon it, take the "red pill" as in Matrix, and wake up to a slightly more depressing, but real world.
BEING CHANGE
See, we should try to be better.  We should try to raise our kids to be better than us.  But that should be based on truth and reality and humility.  Not the idea we can fix everything if only we try hard enough and those awful people die... somehow.  We need a dogma of working to produce a better world, not innate perfection and defiance of reality that brings about perfection.
And that dogma cannot teach that we'll pull it off if the bad people stop blocking us because its a short trip from that to "therefore we must get rid of them."  And I'm looking at the right and the left here, I see too much of that uttered on both sides.
Posted by Christopher R Taylor at 2:42 PM

Great post. Enjoyed it very much.
The first thing I thought of was the biblical concept of "original sin."

Hope you are feeling better and your energy level is back up.