“In five weeks’ time, unless desperate measure are taken, we will hand over the government to a man who lost the popular vote…There is no time for a full review or measured analysis.”
-Keith Olbermann

As soon as President Trump was elected, the left in America immediately began a campaign of opposition and efforts to delegitimize the Trump administration even before he was in office.  Creaky, old leftist radicals such as Michael Moore and Keith Olbermann stepped out of the cobwebs and declared a resistance was on, as if America was occupied.
This "resistance" showed its self in riots on the streets, people being beaten, things burned, windows broken, shops looted, and in calls for violence against anyone declared a "fascist."  The far left has been calling anyone who disagrees with them "fascist" since the 1940s, but now they somehow have managed to mainstream the concept with the media and entertainment community.
For some, the dream of being a freedom fighter in an oppressive regime that somehow never actually quite represses them never dies.  If Donald Trump truly was "literally Hitler" then people would not be able to go onto the streets and yell it out loud around cops.  But I think just about everybody knows that, and this "resistance" is getting all the respect it deserves: roughly the same as trial lawyers and undertakers.
THE OUTSIDERS
Back in 2007-2008 when Barack Hussein Obama was running for president, he hit a lot of themes that resonated well with Americans, including me.  He called on change, on transparency, on getting the lobbyists and greed out of politics.  He called for the federal government to be more accountable, to stop spying on Americans.  He called for politicians to be forced to listen to and obey the American people instead of imposing their ideas on the public. 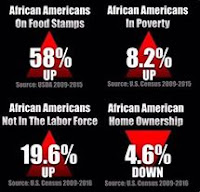 Many of the things President Obama said in speeches were good things that people wanted to hear.  People in the USA had become sick of congressmen who ignored their will, presidents who they felt were ignoring them and lying to them, sick of secrets, sick of trickery, sick of politics as usual.
ELITES
Americans felt that we were living in a nation run by a small group of elites who sneered at them, people who had riches and power and contempt for the rest of the nation.  And there's some good reasons for suspecting that.  Here's a list of the last presidents and which colleges they went to:
George Bush - Yale
Bill Clinton - Yale
George W Bush - Harvard
Barack Obama - Harvard
Donald Trump - Wharton
And here's a list of Supreme Court justices and the colleges they went to:
Samuel Alito - Harvard
Stephen Breyer - Harvard
Ruth Bader Ginsberg - Harvard
Elena Kagan - Harvard
Anthony Kennedy - Harvard
John Roberts - Harvard
Sonia Sotomayor - Yale
Clarence Thomas - Yale
In fact, if you go through the halls of congress, 44 of the 100 senators attended an Ivy League university, although the House of Representatives is more cosmopolitan.with about 30 who never attended any college at all.
Now, there's not necessarily anything wrong with ivy League graduates being in positions of power, they were at one time very fine institutions of higher learning with great prestige.  Colleges such as Princeton University gave us men like James Madison as president.
However, there is a distinct pattern of people from a specific class and type who are in power, following a particular wealthy profile and in a definite clique of association.  No matter which party they are part of, the elite are generally in a tight group of similar schools, clubs, associations, locations, and so on.
They might be enemies in front of a camera, but behind the scenes go party together, are old buddies, and so on.  Justice Anthony Scalia (Harvard) was best buds with Justice Ginsberg, despite being polar opposites in viewpoint.  Senators notoriously are super tight and close, careful to not criticize each other in public and backing each other up if attacked by a non-Senator.
In other words, its been the same pack of cronies and associates in power for ages, representing each other and part of one mindset that the rest of the nation largely does not share.  And it goes beyond simple group identity.
THE SPREADING FOG
The federal government has been pushing one gigantic spending bill after another obnoxious law for decades, even as the public continues to complain and tell them to stop.  Every regulation that limits freedom, every penny-ante law banning incandescent lightbulbs and restricting flow on your shower, every stupid little infringement on our liberty is met with increasing grumpiness and annoyance by the public.
Like a fog pouring in under the door, the government is spreading through all our lives, covering more and more and while people aren't reaching for their rifles, they are pretty well annoyed.
And its not a right vs left thing.  Occupy had many of the same concerns and frustrations that the Tea Party did.  Obama voters were looking for as much change as Trump voters.  Here's how it played out.
And the result of that annoyance was President Obama, the least likely president in American history.  Voters picked a radical lightweight with almost no experience or qualifications to be president because the last guys had been part of the old system and people wanted things to... get this... change.
What they got was different but not the change they wanted.  People wanted the government to bother them less, to fix the economy, to listen to them.  Instead they got a gigantic "stimulus" package that was little more than payoffs to special groups, a massively unpopular health insurance bill that's still opposed by most Americans and is turning out even worse than feared, and even more ridiculous regulations telling people what they can and cannot do.  It was a change, but not the change people hoped for.

So we get Donald Trump, who comes along saying what people wanted to hear, and representing change, again.  He's technically a product of the Ivy League (economics degree from Wharton), but like President Obama he does not seem to be from the same pack of elites and club memberships as the rest of the people in power.  He is reviled by both Democrat and Republican in office, he's condemned for being not a politician, and is yet another "outsider" elected by the people to make a difference.
So far, President Trump is a bit of an outsider (his policies on immigration and national identity are definitely outside the elite comfort zone) but hasn't done much to clean up the swamp as he promised.  Its still early, so we can't decide how effective or how typical President Trump will be in office, but its part of the same pattern: "This guy says he'll change things, he's not some insider politician so much, okay give him a shot.  No?  How about this guy, he's even more an outsider, he's never held office.  We'll try him."
They're cut from the same electoral cloth despite their policy differences. President Trump ran more as a Bill Clinton center-left guy, and President Obama as a more radical left guy, but they both are a statement of voter dislike of the status quo.
THE ACTUAL RESISTANCE
I'd like to suggest a resistance is already underway in America, and has been for quite some time now.  The resistance is not to "anyone who isn't sufficiently leftist" as guys like Moore say.  Its people sick of the system and demanding things be different.  For the most part, Americans want to be left alone, and they want their representatives to listen to what they say.  Not what lobbyists say, not what fat cats say, not what big money says, not what the news media and the entertainment community says, but what they want.
And the resistance is not to one policy group or another per se, but rather to the arrogance, dismissive attitude, condescension, and contempt they feel from their government.  Americans are increasingly fed up with the crap they're being handed almost daily and want real change.  That's what drove the election of both Presidents Obama and Trump; people looking for a change, for something different, for someone who'll listen and carry out the will of the people.  We'll try this Obama fellow.  No?  Part of the same system?  Strike one.  How about this Trump guy, he's whacky and definitely not part of them... 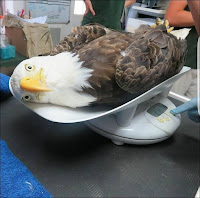 There's a reason the elites in both parties are fighting so hard right now, using every underhanded trick, lie, sneaky political stunt, and even working across the aisle to stop President Trump and ruin him. The reason is because there's a chance -- a small one, perhaps -- but a chance that he actually may work to demolish the entrenched power, actually clean up the swamp, and reboot the government.  And certainly he's not one of them, so he has to be dealt with, like Judge Smails sneering at Al Czervic in Caddyshack.
But those guys on the street with signs and chants and slogans?  The ones breaking things and beating people and rioting?  The angry and hysterical voices on TV?
They aren't the resistance. They're who the resistance is against.
And the old saying goes, there are three boxes of resistance to tyranny and abuse of power.  The ballot box, the jury box, and the ammo box.  Keep refusing to listen and people move on to the next box.  We don't want that last one opened up, but if this time doesn't accomplish at least some of what the voters want, I have no confidence what happens next.
Related: Sorry, You're not a #Resistance
Posted by Christopher R Taylor at 10:52 AM

Probably should add that, although I'm standing on one right now and I can tell you how much that's worth.

Some of us can still apply Rule 303

Very, very well said. I especially appreciate your mention that both conservatives and traditional liberals share many of the same concerns. Most pundits miss that essential point.

And congrats on getting linked in the Woodpile Report! :-)