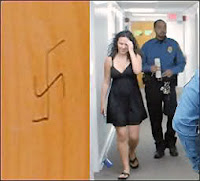 Some of the fake hate crimes listed in this year weren't resolved until the following year, such as the Emma Sulkowitz "Mattress Girl" case.

This is part of the Faux Hate Crime Series.
Posted by Christopher R Taylor at 7:00 AM