"Of all tyrannies, a tyranny sincerely exercised for the good of its victims may be the most oppressive."
-C.S. Lewis 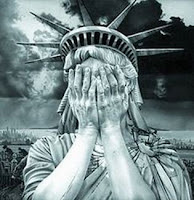 Much is made of unintended consequences in politics and law.  When bills to provide public assistance to the poor are passed, they don't intend to create a dependency upon the government, and few  of its supporters have a desire to damage the family unit, but that's what takes place over time.
But there's another class of poor decisionmaking that was recently illustrated by a federal court decision.  Forty years ago or so, federal courts ruled that southern schools were compelled to desegregate, so that there was a racial mix in each school rather than a single homogenous ethnic body of students in each.
In doing so, they established a precedent; that courts could order students to given specific schools regardless of the desire of parents, schools, or students.  The principle was considered such a public value and so important that these peoples' desires and needs were overruled.  Their freedom of choice and care of their children was trumped by the government's idea of public good.
At the time, this seemed like a good idea, since black schools were being grossly underfunded and treated like trash in some areas, while black students were banned from schools even in their own district, forced to travel miles out of their way just to get an education.  The government was just trying to help those kids out and fight against institutionalized racism.  Their intentions were noble, but their efforts were at best questionable in terms of the US Constitution.
TRANSFERS
So now a federal court has ruled that parents may be prohibited from transferring their kids to a different school.  Why?  Because this previous ruling establishes that these parents have no constitutional right to choose where their kids go to school.


“[There] is no relevant precedent [to] support the proposition that ‘a parent’s ability to choose where his or her child is educated within the public school system is a fundamental right or liberty,'” says the majority ruling, written by Judge Lavenski Smith, a George W. Bush appointee.

Now, the Arkansas legislature has since changed laws and parents are free to move kids if they want to, but this ruling is consistent with previous, established law.
If the federal government can compel parents to put kids into certain schools and prohibit them from moving their kid to another based on anti-discrimination policy, then that still applies now.  It means that the government has decided parents have no right to choose where their kids attend school.  Not just in that district, but anywhere.  Because this ruling was not specific to this district or state, it was a general statement that there's no support for the idea that choosing where your kids get an education is a fundamental right.
CONSEQUENCES
Now, consider that a few moments.  What does this mean in general?  Courts usually try to be cautious about making major, broad statements about society at large, trying to be specific to a given case.  But this ruling just said that parents may not choose to keep their kids at home to school them, either if the state decides that is wrong.  And it says that the state can deny your ability to put your kids into private schools or religious schools, if the state decides that this is wrong.
If there is no "fundamental right or liberty" for parents to "choose where his or her child is educated within the public school system" then that easily and comfortably extends to education in general.  This ruling does not require anything.  It simply says that parents have no power or choice to resist laws passed by the government when it comes to where their kids study.
So if the state or local government passes a law that says you cannot send your kids to a private school... this ruling says the parents have no constitutional right to disagree.  They must comply, without possible recourse to courts based on the constitution, that's what this case claims.
FREEDOMS

One of the tough things to deal with and handle in a system like the US Constitution establishes and intends is that people are free to do lousy things.  People are free under the 1st amendment to say nasty things.  They're free under the 2nd amendment to own scary guns.  The purpose of the constitution is to preserve the greatest amount of liberty and to restrict the federal government as much as possible, which means people are able to do things that we might not like.
For example, I might not care for a Satanist teaching kids in school, but that Satanist is free to believe and say what he wants, as long as it does not seriously damage another right.  I might not want a mosque in my neighborhood, but the constitution guarantees the freedom of that building to be completed and Muslims to worship there.  And I might not like a business turning down people shopping there because they are native American, but the US constitution says that they can do just that.
In essence, people are free to be stupid jerks, because to be any less would be to surrender too much liberty to the government, to the detriment of all.  Saying you can't build a mosque means someone can say you can't build a synagogue or an atheist study center.  Saying you can't deny service to one group means you can't deny service to any group, even if they have no shoes or shirts.  We're all free... or none of us are.
The desire to restrict liberties the constitution protects because things aren't going the way we want or something seems mean or bad to us inevitably, incrementally, leads to greater and greater government power, while at the same time fewer and fewer liberties for the citizens of a nation.
Each time the court rules in this manner, it strips away freedom from citizens and takes their power away.  And each time it takes away power which, under the US Constitution, belongs solely to the people of the United States and gives it to the government.  This transfer of power - for good intentions - has been going on for more than 200 years, in little steps at a time.
And with the courts, each step has been based on a previous step, with almost no steps back.  Each time a court rules transferring power to the state, that is the basis for the next transfer of power.  And it accelerates over time as the weight of precedent builds and the comfort level of the public adjusts to the loss of freedom.  What was unthinkable ten years ago seems inevitable today.
THE TRAJECTORY
And so we reach the point at which I've given up the idea of ever getting back to the constitution today.  In fact, I've come to the realization that there's no point in appealing to the document as any kind of governing and restraining document because the government and people have simply abandoned it except as a fetish.
Recent supreme court decisions have simply negated the constitution entirely, building on decades of ignoring and twisting the document, inventing things not in it until its simply trash.  And all of this happened because of well-meaning tiny little steps, any one of which the founding fathers would have been enraged at, but we sigh and shrug at today.
There is no rational basis for thinking that any government will reverse this.  It simply is without precedent in human nature and history for a politician to voluntarily surrender their own power or a government to weaken its self.  There is only one direction, one trend: toward tyranny.
The founders knew this.  They did their best to lock in our freedom and protect this inevitable tendency of the state.  It was so well done that the nation lasted more than a century with great, widespread liberties.  That era is over, and only one future lies before us, barring some act of God.
The only question is what lies beyond that point, and how we get through it.
Posted by Christopher R Taylor at 9:12 AM

So the founders did a good job, but that was aided by the fact that the population was a group of self-selected pioneers and pilgrims who had better things to do with their futures than to bother other people. But the frontier is gone. People will be piling up like ants, and there's no place left to go. If you want to be left alone and to spend your energies dealing with the physical world instead of the political or emotional world, you will be out of luck. Learn to be an ant.

It is a pity but the nature of the three arms of government made it inevitable. Courts are there to help those that been treated unfairly. Issues of law land up in the constitutional court to save the lower court systems rehashing the same issues on a case by case basis. The constitutional court then cuts off access to those citizens in the lower courts with regard to opposing standpoints on those issues. The constitution and the court associated with it are self governing / self referencing and the best attempt to keep it impartial is to have it out by a vote amongst a handful of people. People that we hope are better informed than us. People that we hope won't come with a bent, but that is a dream. The word entropy comes to mind as the system starts storing potential energy. Just my 2c.