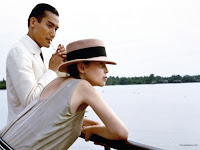 Every time the topic of pedophilia and related sickness comes up, at least some of the people there get this jaded look on their face like you're talking about the earth being flat or moon landings being faked.   There he goes again, warning about the slippery slope and predicting horrors just because we're nice to homosexuals.
Its long been a chorus over the years that cultural conservatives have heard.  No-fault divorce will not cause a breakdown in marriage and family, you heartless jerk!  Relaxing sexual mores will not result in increased teen pregnancy and social decline, you cold-hearted monster!  The responses are remarkably consistent from the same groups of people: any resistance to moving away from proven and trustworthy social morals is a terrible, restrictive, and even fascist thing.
Repeatedly over the years I've noted that the trend is toward normalizing pedophilia and related evils in western culture.  Each step has predictable and unpredictable results, and leads naturally and logically to the next slouch toward Gomorrah.  The problem is that the sophist, emotionally-driven arguments for these changes always appeal not to the good of society and reason, but to feelings and how nice people are.  And, of course, personal attacks, accusations of terrible motives, and insults.
For a few decades now, film, literature, and portions of art and other communities have been leaning toward normalizing underage sexuality.  Since the 70s, Roman Polanski's rape of a drug addled girl of 13 years has been defended by those who think his art transcends morality and propriety.  But its getting more pervasive and common these days.  Take this little piece at Salon by an admitted pedophile defending his behavior:


Many gays begin to recognize their sexual preferences sometime around puberty, if not before.  For me it was the same.  I was about 12 when the first inklings of a sexual preference bubbled up in me, though at the time I thought little of it.  As I turned 13 it occurred to me that what I initially took as a phase had begun to solidify into something more troubling.  Even so, at this point I could still convince myself that I was within the realm of normalcy.  Then something happened that all but removed my ability to continue this self-denial: my Eureka Moment.

One day, as I was sketching in my grandparents’ living room, a neighbor of theirs came to visit with his seven-year-old daughter in tow.

He goes on to talk about how he was born that way and its just how he is and how awful people are who "out" someone of his kind.  He frames this in terms of "help us not do this" but the tone of the article is one of wanting acceptance, not help to be better.  The comparison to homosexuality is repeated, as it has been by people defending the man and his proclivities online.  He describes his yearnings as "alternative sexuality" the exact term that was and still is used for homosexuality.
The "born that way" argument is one of the most effective the homosexual activists has deployed in the past.  They use it because they compare it to race, then say "you can't discriminate against race, its not fair, they can't stop being who they are!"
The problem here, of course, is one of morality.  There is no moral character to one's ethnic background any more than being left handed, blue-eyed, or short.  Its just a physical description.  Moral character comes from what we do with what we are.  Some behaviors are evil and awful and should be oppose, period, no matter how much someone is born that way.
Being born lusting toward someone you ought not is bad for you, and a struggle - we all have those struggles in some way or another whether it be jealousy about wealth, gluttonly, gossipping, excessive rebellion, and so on... or something sexual in nature.  Fighting that evil inside us is a noble cause.  But at no point does it become justification or permission for behavior.  Being born a certain way is simply a statement of fact, not allowance to act upon it.
But that argument has a certain emotional appeal: this is how I am, how can you be so cruel as to say I must not be how I was born?  Its unfair, its unjust, its unreasonable to expect me to fight against my nature!
After all, if you believe the purpose of humanity is to fulfill its desires, to be happy, healthy, comfortable, and enjoy themselves - as the bulk of modern culture agrees to - then how can you say that someone must fight their natures?  That would make them... unhappy!
At present, the concept of "age of consent" bars certain actions, but this is a legal fiction, an arbitrary statement agreed to by society and codified into law.  It could be just as easily disagreed upon and re-codified, or removed from law.  After all, children have a right to be happy too, and sex is great, how can we prevent them from enjoying that pleasure?  And the 14th amendment after all, states clearly that one may not treat someone differently without due process.
Let me repeat that.  The 14th amendment of the US Constitution says that all must be treated equally under law unless a court process and legal decision allows them to be treated differently.  Not a law, but a case decision: being convicted of a crime, for example.  So technically, kids cannot be denied certain things simply by age - that is not permitted in the way the 14th amendment is worded.
So there we have it: cultural pressure, legal structure in place, identical arguments of human fulfillment and nature, and we're seeing more and more of the push for acceptance show up in the news, entertainment, cultural institutions, etc.
But by all means. Tell me I'm crazy.  Tell me no way would society go that far.  Pretend your daughter is safe.  Hey, she might be - the shift might take 10 years, and by then she'd be of legal age.  Tough luck for her kids, though.
*UPDATE: the author of that Slate article posted a followup all about how the real monsters are right wingers on social media who are so mean to him for being a child molester.
Posted by Christopher R Taylor at 11:12 AM

There is a special place in hell for kiddie diddlers.

Only G-d may judge but I am content to arrange the meeting.

To be precise, only God can judge a man's conscience, and He will. But men are perfectly able to judge the behavior of men. I may not say that you ran that red light because you are an evil person who wanted to wreak mayhem on your fellows, but I can, and must, say that you ran the red light and by so doing wrought mayhem on your fellows. By conflating the two arenas of judgment - of the soul which belongs to God and of words and deeds which belongs to man - we not only accept and validate sloppy thinking, but worse, allow ourselves to manipulated by what is at root a lie.

Wouldn't the same "I was born this way" argument hold for, say, a psychopathic serial killer? Who are we to get in the way of his/her pleasure/feelings?