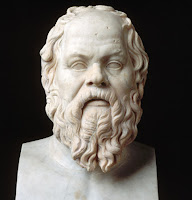 In the past, I've written a few times about what I think prompted the sudden cultural shift in the 1960s to take place - what drove the Hippie movement - aside from a long march of leftists through the various systems in the USA finally getting traction.

As I wrote in my bit on the new counterculture:

In the 1960s, young people recognized the culture they lived in and found it wanting. There were established traditions, morals, and patterns of behavior that the general public lived by, but were unable to defend or explain. Although culture had been passed down generation after generation, the reasons why things were done were just assumed, not explained. Parents did not think about why they held certain beliefs, and when confronted were unable to teach their young people. Part of this was because of a great failure of the primary foundational force of these cultural norms: Christianity.

People didn't know why they had their worldview - they'd never examined or questioned it - and were unequipped to answer when it was challenged.  Young people often took this to mean that there weren't good answers to their questions and rejected it.  Sometimes the parents agreed.

But when you do this, you leave the culture without a basic agreed upon set of foundations principles and ideals.  I wrote about this as well:

Christianity has been abandoned as the basis for ethical decisions and cultural framework in the west. Without that basic system of ethics, worldview, and law, western culture has been cut adrift in relativism and without foundation. There has been an attempt to replace the foundation of civilization with relativist leftist ideology, but it has no strength its self, like replacing someone's bones with Jell-O. Its very flexible and allows you to bend however you choose, but cannot hold up a civilization.

Our culture for years has been kicking the struts out from under the entire structure and is collapsing in on its self for lack of any sort of skeleton.  In the process, everything is beginning to look chaotic, random, and even insane.

However, its not that there isn't a new worldview or structure of ideals being promoted to replace the old.  They haven't simply burned it all down and forgotten it.  The left believes it has something that answers everything and fixes it all.

This is the one abiding and common theme among most intellectual leftists: they believe they are so smart, so skilled, so right, and so enlightened that they can fix everything they've torn down.  That whatever damage they cause will be easily remedied when they finally have enough power and have gotten everything they want.

And they have their system, of sorts, to replace the old.  That's what's going on right now on a huge scale.  The left has decided that they won, and its time to push through everything they want, no matter how voters think or what the country wants.  They've successfully gutted the old system enough now that they think its time to replace it with the new.

The new is simple enough in principle.  Its based one feelings and looking nice.  Its a system which replaces reason and fact with feelings and perception.  It replaces absolute with relative; objective with subjective.

This new system judges everything by a childish oppressor/victim worldview, dividing everyone into those who have been in charge and oppressing and those who have not and thus are victims.  The system is like Islam in that it is total: it covers religion, economics, culture, entertainment, education, law, and all other aspects of life in a complete package.

The tremors you're feeling in culture right now is the imposition of this new system from above while from below people still cling to the shreds of the old.  Homosexual "marriage" wasn't so much about the less-than-1% of the population that wants to marry.  Demanding everyone celebrate and admire Bruce Jenner's self-mangling "sex change" isn't about the 30,000 or so transgenders in the USA.  This is all just about replacing the old with the new and demolishing all the ideals and beliefs of the past.

The left will at the same time tell you marriage is utterly out of date and pointless in modern society, as it demands you embrace and celebrate homosexual "marriage."  Why?  Because they are being consistent - its not about liking marriage, its about leverage to demolish and render marriage meaningless.

A godless, empty, future of as many orgasms and pleasures as possible in your short meaningless life in service to the state is their future.  That's what they have planned.  Enjoy yourself.  Eat, drink and be merry, for tomorrow you may die.  They know what they propose is devoid of purpose and hope, so they want to fill it with as many distractions and hedonism as possible so you can forget about it for a while.

The problem is, this new system is lacking in bones.  It can't replace the old system because there's nothing to attach to.  Relativism and endlessly shifting "progressivism" do not allow any real structures to be built.  In real, practical terms, you cannot build for a future you cannot know or predict.  You cannot work on new projects, when you never know if they're going to be declared hateful and bigoted next year.  You cannot research new ideas because you can't know if they will even be allowed by the time they are developed.

And in a culture without any concept of gratitude, constantly self-obsessed, and demanding all without giving any, you cannot expect any sort of functional work force.  In a culture that rejects the old, believes nothing has any meaning, and everything is relative, you can't even educate the workforce or the future.  In a culture that is constantly changing to match the newest ideas of "progress," you cannot even start to develop any plans.

In other words, this new system is utterly self destructive, it is violently, stupidly suicidal.  And in a sad, strange, but all-too-predictable twist, almost none of the adherents to this system can even begin to attempt an explanation for what they believe and why.

Like the parents of the boomers, the left today holds very strongly to certain basic propositions and ideals, and can't defend or explain any of them.  When asked, they become abusive, angry, defensive, and confused.  When they try to promote a new idea, they don't have even the tools to understand how to defend it, let alone any rational basis for doing so.  In the place of persuasion, they use insults.  In the place of conversation, they use demands and attacks.  In the place of reason, they use emotion.  This is not intentional; its all they know, all they have.

So what they have ended up with is tearing down everything the older generations held dear and built modern civilization around for not having any good answers... and replaced it with an ever shifting cthulhuian horror of insanity, and have no good answers, either.

This cannot last.  Cannot.  Its a matter of, I fear, a very short time before it all crashes down.  This isn't because I think they are so wrong, but because they are building a house of cards on a bed of sand.  The slightest wind will knock it over.  Almost nothing will fail to collapse it all.  When you replace what works and what we know with what you wish to be true and what you feel, that cannot possibly continue to function long.

And in the end, we'll have one of two possibilities.  The first, and much less likely - unlikely to the point of absurdity - is that the home schoolers, the traditionalists, the older Christians, and the people who haven't given up on all of it will rebuild and take the reins.

The second, and almost certain, is that a tyrant will arise, promising to save everyone by giving them all the things they want, if only everyone gives up their worthless freedom.  All he will ask is that they kneel.  And in a collapsing society with out structure or meaning, far too many will hit their knees grateful for some sort of order.

God save us from this future, a future that has played out all too often in the past and was predicted as long ago as 400 BC by Socrates.
Posted by Christopher R Taylor at 10:23 AM

Thank you for concisely expressing thoughts and ideas that have been circulating in my mind for some time now. I'm at the tail end of the Baby Boomer generation but still remember and try to hold onto the America that I knew growing up. I have tried to pass onto my sons these ideals but like you I expect the worst. No civilation in history has returned from the precipice upon which we now stand.

You explained this beautifully. I don't think Francis Schaeffer could have said it any better.