A BIT OF CLARIFICATION

Every cop is a criminal
and all the sinners, saints
-Rolling Stones, "Sympathy For The Devil"

Courtesy SooperMexican, a bit of clarification about Baltimore: 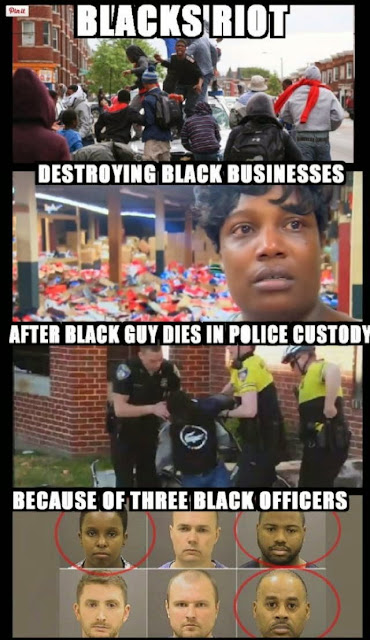 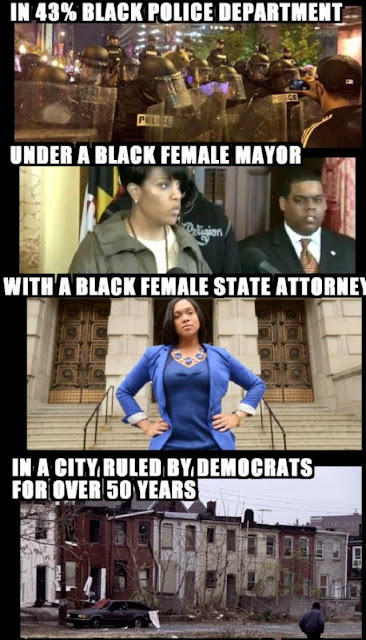 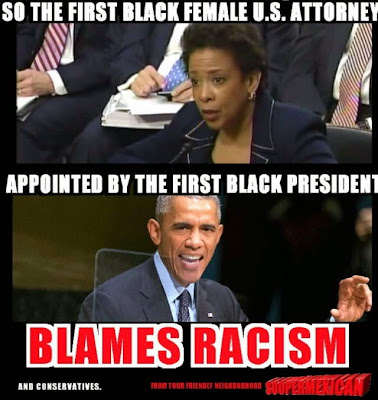 I wonder if all this rioting and civil rights investigating and such isn't just a way of big cities leaning on police departments that refuse to go along with the social justice warrior plan.  They keep voting Republican, they keep rejecting leftist schemes and keep stubbornly profiling and arresting criminals regardless of their special interest group.
Are there bad cops?  Sure.  And I am sure some good cops do bad things sometimes when they get really frustrated or upset.  It would be a very tough, frustrating job, particularly in some areas.  And sometimes humans will do terrible things when they get fed up and angry.  And those cops should be punished and removed from their jobs.
But the latest trend is to act like cops are all horrible thugs and racist monsters, waiting for a chance to beat and kill blacks and that's idiotic and utterly false.  And if Baltimore is wracked with racism, its certainly going to be a tough case to make that it was due to white people and Republicans.  At least, honestly and factually.
An update courtesy Newt Gingrich at The Federalist:
Would Republicans have done any better?  I don't know.  But its hard to imagine they'd do any worse, and certainly they cannot even conceivably be to blame here.
Posted by Christopher R Taylor at 10:04 AM

Tough to make the case? They don't have to. All they have to do is to make the accusation, over and over, and let the main stream media pick up the beat.