"I am woman, hear me whimper"
-Things Helen Reddy did not sing

I'm old enough I remember when feminists were about strength and equality.  Reacting to years of being treated like children and carefully protected from life, feminists demanded that they be treated as adults, as people who can face difficulty.  They insisted women were every bit as tough and capable of handling life as women.
Hear me roar, Helen Reddy sang.
If I have to, I can do anything
I am strong
(Strong)
I am invincible
(Invincible)
I am woman


Women were strong, they argued.  Feminism was about showing women could do anything  a man can, if not more, and better.  "We don't need protecting," the feminists argued.
My how that's changed. 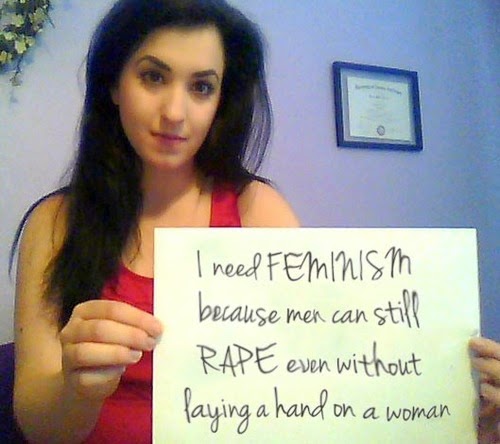 Today it seems like feminism is largely defined by cringing, whining, cowering, and weeping emotional infants.  Rape is becoming both a forbidden word because it might "trigger" people's discomfort, or a go-to word for condemning anything that a feminist dislikes.  If a man sits with his knees too far apart, he's raping women nearby with his "manspreading."  If a man disagrees with a woman, he's raping her with his "mansplaining."
Recently a woman went to speak at a college about how women are strong and don't need protecting and coddling, that they can stand up to life's challenges.  She was shouted and screamed at, and dozens fled to a "safe space" nearby, as described by the college administration:

The safe space, Ms. Byron explained, was intended to give people who might find comments “troubling” or “triggering,” a place to recuperate. The room was equipped with cookies, coloring books, bubbles, Play-Doh, calming music, pillows, blankets and a video of frolicking puppies, as well as students and staff members trained to deal with trauma. Emma Hall, a junior, rape survivor and “sexual assault peer educator” who helped set up the room and worked in it during the debate, estimates that a couple of dozen people used it. At one point she went to the lecture hall—it was packed—but after a while, she had to return to the safe space. “I was feeling bombarded by a lot of viewpoints that really go against my dearly and closely held beliefs,” Ms. Hall said.

Now, there's so very much wrong with this at a college its difficult to even express but look at the extreme childishness of this space.  Its not even for little girls with barbie dolls, its for toddlers and younger.  Puppies?  Play-Doh?  Pillows and blankets?  Are they curling up and sucking their thumbs?
This is just pathetic, and its such a strange reversal from not all that long ago when women were fighting to pass a deeply flawed "Equal Rights Amendment."  They didn't give up on that by the way;  they just figured out they can abuse the 14th amendment to get all they wanted done with it.
This bizarre reversal is almost amazing to behold from the same movement that insisted women should be included in everything men did, no matter how brutal, rough, or difficult.  Firefighters?  Women can do that too, let me roll my sleeve up.  Combat marines?  Step aside, I'm G.I. Jane, nobody can stop me.
Its just taken a few short years and now women are following in Hillary Clinton's footsteps.  Remember the scene from the New York Senatorial campaign, when Ms Clinton moved to NYC for a few months so she could qualify to represent them in congress?  There was a debate, and in it, her opponent Rick Lazio produced a piece of paper.  It was a pledge that she'd said in her speeches.  The paper was a pledge that she would never again spend soft money, as she promised.  All she had to do was sign it.
Lazio walked over to the podium Hillary Clinton was at, and she cringed away, acting like he was going to beat her with a club.  The news was full of how the brutal white male was abusing this poor helpless woman with his sheet of paper.  No mention was made of how she refused to go on record about her vow or make it official. 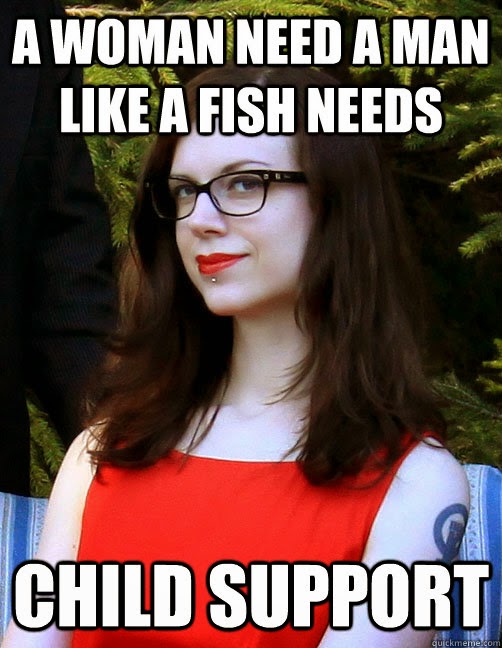 Now that seems to be the pattern, with women crying about a shirt having too many sexy women on it and ads suggesting their product will help women get their body ready for summer.  Its becoming a joke, the kind of thing that comedians everywhere with an ounce of honesty and integrity would and should be mocking but won't because it doesn't fit the narrative.
Its so sad, feminism went from "I'm an adult, stop protecting me like a foolish child" to "I want to be just like men, but only the good stuff" and now to "I'm a foolish child, protect me."  Small wonder "feminism" as a movement is fading, and organizations like NOW can barely scrape together a few dozen people to attend a rally these days.  If this is what feminism has become, who'd want to be part of it?
Posted by Christopher R Taylor at 10:58 AM