GETTING IT ALL WRONG

"It was my job to make sure different ethnic and religious groups 'got on.'"

Someone posted a video a few days ago that I watched, but sadly I cannot recall who they were.  Thanks, whoever.  The video is a British TV special with Trevor Phillips, former head of the UK Equality and Human Rights Commission under Tony Blair.  In it, he examines his former understanding of race relations, bigotry, and its causes and prevention.
For Mr Phillips, the London bombings on 7/7 during the Olympics shocked him into rethinking several assumptions he's had over the years and made him examine his beliefs.  As a result, he's changing significantly, and the video is about these changes.  But the video's real power and information for me is less about what he has to say now - most of it fairly obvious to me - but what he used to think, and more importantly, why.
Quick now, what do these stories have in common:
Chances are you haven't even heard about some of these stories - they aren't the kind that get a lot of wide media attention or buzz online.  And they all have something in common, which Trevor Phillips mentions in the video.
Its not "narrative," that word that tries to explain the way a worldview becomes so overwhelming that everything is forced into its lens, although that is part of it.  Here's what Mr Phillips says:


Campaigners like me sincerely believed that if we could prevent people expressing prejudiced ideas, then eventually, they'd stop thinking them.
I [now] don't think we should be put off talking about ethnic patterns of behavior because of what bigots and racists might say.

Trevor Phillips knows this, because he helped create the "equality laws" and policies which governed Great Britain under Tony Phillips and if anything have become even more egregious.  He was in charge of the enforcement of these laws.He now believes that certain things are too important to be left unsaid, even if they might offend people.  He also now says that some of the racial stereotypes that his commission once tried to stop people from saying are largely true: Jews are on the whole richer and more powerful than their neighbors. Gypsies are generally more likely to be guilty of pickpocketing and shoplifting.  Columbian gangs did actually run drug trafficking in the 90s. 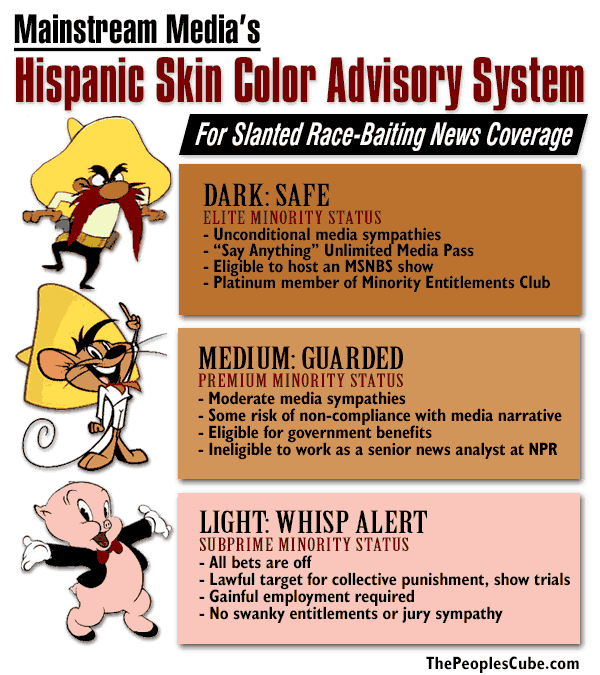 But the reason that he and others came up with their rules and act the way they do about policies is because they're trying to be proactive in what they perceive as a war against enemies in culture.  They make decisions not based on what will work, what is reasonable, or what is logical but upon what they believe their enemies will do.  To illustrate this, check out this exchange starting at 15:48 in the video.  Here he talks to a fellow commission member Simon Wooley, with whom he worked to end "stop and search" policies in the UK by combing through "mountains of data" showing they weren't helping stop crime, were supposedly discriminatory, and were costing money.

Philllips: Do you think it would be wrong to use ethnicity data against criminals in the way that we used it against the cops?
Wooley: I am not sure about that.  Why would you say that you have a black gang in London and a white gang in Glasgow?  You wouldn't, they'd be gangs and they'd be involved in criminality.  There's no need to racially... racially code a gang if its a gang.
Phillips: But sometimes gangs are gangs because they are racially coded.  There are crime families, there are organizations...
Wooley: Sure
Phillips: ...which are based on ethnicities, and all sorts of groups have crime.  So why would it be wrong to be able to talk publicly about that fact
Wooley: (crosstalk) because.. because no but its not... the danger is that it gets too lazy and attach all description... nobody wants to go down there.  If its nanced, then fine, but if its this headline: "you've got to do something about black gangs," its dangerous.  You know that, and I know that.
Phillips (later): Our problem is that we never talk about these things, we're all so afraid of being misused that we never tackle it.
Wooley: We have to be smart, Trevor.

The argument Mr Wooley is making is that some might misuse or be misled by telling the truth so you have to be "nuanced" and careful about saying it.  Trevol Phillips accurately notes that this in the end means you say nothing about the topic.  And the reason is that there's a fear of the enemy gaining ground, misusing the information and doing bad things.
And that's what drives so much of the left: fear of this straw man they create, that a great evil will result unless they do what they do.  Take the stories above.
The Scott Ritter one is the easiest, as the most blatant.  He withheld human rights violations on a heinous scale out of fear his reports would cause a reaction he didn't like.  CNN did the same thing, refusing to report on certain topics for fear of how people would respond (and, out of fear of danger for their reporters and being kicked out of the country).
Lois Lerner isn't punished for her blatant abuse of power because an attorney illegally took the power on himself to dismiss the case to protect the president from what Republicans might do with the case.
Wisconsin prosecutors kicked doors down and confiscated materials, defied judicial orders, and investigated ordinary people for daring to belong to a political side they didn't like because the alternative meant their enemies might win.
Women are said to be hired less in college and data that proves otherwise disregarded or attacked because of the fear this might lead to women being hired less.
University of California, Santa Cruz apologized to hispanic students for serving mexican food with a sci fi festival because ... get this... they complained people will associate gassy food with gas giants and might be prejudiced.
The Hugo Awards kerfluffle was brought about by leftists who despite the awards being given to women, minorities, and all sorts over the years quite often, thought that they might be too often given to white men which might make people tend to think of white men as more intelligent and literary.
The writ of Habeus Corpus was issued to a chimpanzees which means the prosecutors must face them in court to make legal arguments because the judge was concerned that otherwise the animals would be mistreated.
And the entire "victim poker" system is based on the fears that peoples need to be protected from potential evils by oppressors even if they aren't doing it because the potential is too great and we must proactively prevent it.
It all stems from a philosophy of trying to be the nicest guy in the room.  Leftists on the whole are driven by the fear that someone might not see them as being a good person and nice, and further that those who disagree with them are mean and bad.  They want to be seen and thought of as the least racist, the most enlightened, the best people.
And further, those who disagree are so very awful that they must be staved off even before the problems start or another Hitler will result.  Other than sophistry, inability to intellectually articulate ideas, and a tendency toward emotionalism over reason, this is why the arguments on the left are often so ridiculously overstated and hysterical.  You aren't just different or mistaken but evil.  You aren't likely to tend toward disrespect toward women, but you're a potential rapist.
The enemy must be met and stopped even before they start, or horrific disaster will result.  If the truth and even desired results must suffer in this effort, so be it, its better than the alternative.  Or so they believe. 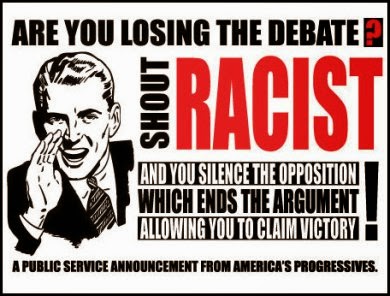 This mindset is that of the zealot, someone who combines absolute certainty of their righteousness with absolute certainty that their foes are horrifically evil and wrong.  I see it on both sides, mind you, its just that the left is in control of the culture, law, education, entertainment, politics etc, and are much more open, blatant, and accepted in their statements along these lines.  Those on the right are justly and rightly shouted down.
The reversal from, say, 1950, is astounding.  The roles are almost exactly reversed, with almost exactly the same kind of rhetoric and approaches.
For example: free speech is dangerous and needs to be limited to shut up people thinking the wrong things.  In 1950 it was communism that had to be suppressed.  In 2015, its conservatism.
The same nose-lifted moralistic extremism is there: in 1950 the girl who got pregnant was ostricized and her life ruined.  In 2015 the guy who says he doesn't want to attend a homosexual wedding is.  The details are reversed in perspective, but the attitudes, behavior, and rhetoric is not.
And its all based on the same kind of approach: loveless, humorless, inflexible certainty of one's position so much so that those who disagree are the depths of evil.
And both had their points: communism is an evil that has to be fought.  Racism is an evil that must be fought.  Bigotry and hate is bad, regardless who its directed against - Christians or homosexuals.  But the desire to crush liberty to protect one's ideas and prevent one's opponents from having even a chance at a voice is evil as well.
In the end, the right went too far in the 1950s presuming everyone agreed and trying to totally crush everyone who opposed it.  Will it happen to the left?  Usually in a free society the pendulum swings hard one way or the other... but it always swings back toward the center.  Its only in a tyranny that power and fear jam the pendulum one direction or the other.
As long as America can cling to its legacy of liberty we have a chance to reverse the extremes of the left, as the extremes of the right were.  And the more extreme, damaging, and hateful that swing is, the harder it tends to swing the opposite direction when the time comes.  And that's something that the zealot never seems to quite grasp.
See, to Trevor Phillips, the idea of restricting freedom (of speech) would lead to freedom (of association).  He believed that imposing tyranny would mean a better, freer society.  And he thinks they succeeded to the point where he states that he beleives England is now the most comfortable, safest place for non-whites to visit and live in.  I would argue he's absurdly in error, but look at his perspective: England, a nation of white people is now best for non-whites.  That's the result of his policies and efforts.  Imagine that swinging the other direction, Mr Phillips.
Posted by Christopher R Taylor at 11:09 AM