Often I'll have an idea of what I want to write about but hold off until I find a good example or another article or two that rounds out the concept and helps express it more clearly.  Two such pieces came together for me last year and resulted in a blog entry that people liked quite a bit.  The Road From Serfdom was its title; an excerpt: 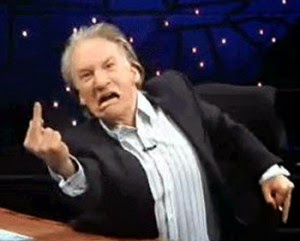 This road is not unusual.  Many people who were once left leaning grew out of it over time.  Some find a shocking event pushes them away such as the terrorist attacks on 9/11 - the proverbial "mugging" that turns a leftist into a conservative.  For some, such as Charles Johnson at Little Green Footballs, the conversion didn't last.  For others, it is life changing.
There's an article at American Thinker by a former hard leftist about why she left the movement.  Here's how she puts it:

How far left was I? So far left my beloved uncle was a card-carrying member of the Communist Party in a Communist country. When I returned to his Slovak village to buy him a mass card, the priest refused to sell me one. So far left that a self-identified terrorist proposed marriage to me. So far left I was a two-time Peace Corps volunteer and I have a degree from UC Berkeley. So far left that my Teamster mother used to tell anyone who would listen that she voted for Gus Hall, Communist Party chairman, for president. I wore a button saying "Eat the Rich." To me it wasn't a metaphor.

I voted Republican in the last presidential election.

For Danusha V. Goska, the change was not due to learning the things she'd been told were lies and distortions, but instead a growing realization of what she was aligned to in her political stance.  She lists 10 reasons why she left the left, ten things she came to realize as she was in the university and teaching.

Goska saw a contrast between the left and the right.  Her friends on the right seemed more interested in love, they did things that helped those in need, they reached out and donated and volunteered, not protesting and to organizations to destroy that which they hated, but organizations to help those in need.  She writes:


Recently, I was trying to explain this aspect of why I stopped being a leftist to a left-wing friend, Julie. She replied, "No, I'm not an unpleasant person. I try to be nice to everybody."

"Julie," I said, "You are an active member of the Occupy Movement. You could spend your days teaching children to read, or visiting the elderly in nursing homes, or organizing cleanup crews in a garbage-strewn slum. You don't. You spend your time protestingand trying to destroy something -- capitalism."

"Yes, but I'm very nice about it," she insisted. "I always protest with a smile."

The smile covers a yen to destroy.  The nice slogans are disguise for hate.  The bitterness and rancor runs very deeply, and is innate to the movement at this time.  There's so much fear beneath the rhetoric, so much vicious sadism in their unguarded comments its hard to bear.  MSNBC has to routinely have one of their talking heads apologize for something shocking and outrageous they said, but reading comments on leftist blogs and facebook posts you can tell that MSNBC guy thought he was showing admirable restraint.
The contrast is one that is growing in profile.  As I (and Goska) note, there are those on the right who are filled with rage and fear, too.  I reject the cutesy names for President Obama, the hysteria behind the "he's a crypto-Muslim trying to destroy America out of malice" rhetoric.  Because not only is it ridiculous and false, but its harmful to what we represent and want to do


Still the piece left some thinking I was being focused on politics and bashing the left, when I had another cause entirely in mind, which I wrote about in a follow up article:

My primary argument was not that if we're nice enough hordes of people will abandon leftist ideology and we'll all win in a big rainbow-arched parade of joy and utopia.  I think we're headed to a very dark and difficult time in the very near future.  I think the left has won in America and the republic as we knew it is in its last stages.
My point was rather to note that Goska's reaction to the left and right tells us something not just about how we should behave, but how we can behave.  Because the bitterness, anger, hate, and strident outrage she saw in her leftist friends and colleagues drove her away, toward the love and genuine good will of those she knew on the right.
See, the point isn't that this will be some massive flood of converts because of behavior, but that it tells us what we ought to avoid.
Posted by Christopher R Taylor at 8:33 AM