"Women and their Uncle Tims have declared a war on men - believe it. This catcall business, along with the focus on getting rid of sports, videogames and unsupervised sex for college men, is just another weapon in their arsenal for soon making it illegal to exhibit any stereotypical male traits. Fight back."
-Instawife Helen Smith


One of the most false and ridiculous themes of politics in the last few years was the Democrat "war on women" push that they used to win in 2012.  The idea was that anyone who at any time and any place suggested that any restrictions on abortion, birth control, or anything remotely related to women was "at war" with women, trying to destroy or defeat them.  You don't want to publically fund abortions and birth control?  HATER!! 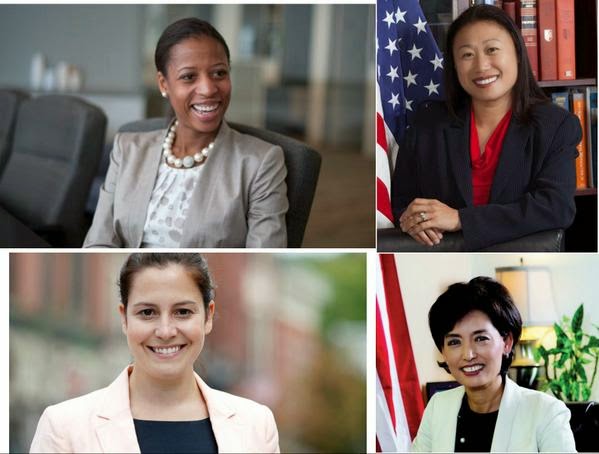 Over time the term became somewhat of a joke to many people, and it would be thrown around for any circumstance and situation to laugh at it.  Didn't care for her song?  War on women!  But with this last election, the war appears to have been won by women, with a good half dozen or more female candidates being elected to congress over guys.  The youngest senator ever is a woman, for example (and a Republican), the first Korean and Vietnamese in US congress; both women (and Republicans).
In truth, as I've noted in the past on this blog regarding boys, the war is not on women at all.  To any extent there was a war it happened in the late 60s and early 70s, and the women won.
Where there are assaults on anyone by gender these days, its on men.  And that's for a reason.  Maetenloch on Ace of Spades makes this point:

Currently there's almost nothing popular among men that isn't under siege by the usual PC scolds who want to control, restrict or just outright eliminate it. Enjoy car racing? Well guess what - that's racist and sexist. So how about building ships in bottles you say - surely that's got to be totally PC-safe? Nope, it turns out it's racist. Bird watching? Also racist. Wood working? Probably sexist but then the PC police have not focused on it. Yet.

This is not an exaggeration.  Look at everything men traditionally and culturally are like and enjoy doing in America.  Hunting, fishing, football, baseball, beer, barbecues, fast cars, anything involving competition or risk, on and on it goes.  Manly behavior such as keeping emotions to yourself and fighting against bad guys: brutal, thuggish, repressive, evil.  All of it is under continuous attack and condemnation by the usual suspects.
This kind of thing is much more a "war" on a gender than thinking maybe the public shouldn't have to pay for Sandra Fluke's birth control, because it is targeting a gender specifically and deliberately.  This activity isn't based on economic theories or cultural ideas, its based on a desire to shift and control gender.
For many on the left, men are representative of all that is wrong.  Masculinity is about rape, brutality, and oppression, they say.  Everything traditionally male is what makes for corruption, greed, tyranny, racism and all the other bad stuff they rail against.  This is their line of thinking.  So eliminating those aspects of our society would be all good: if people would just be more like women, it would all be wonderful.  Listen to your inner woman, the Jungian archetype within you, and stop being so male!
Anything bad that women do, well its the fault of men and their oppressive phallocracy.  If they would pack up their rape culture and learn to be more feminine well then women would not have problems either.
It wasn't God who made Honky Tonk angels
As you said in the words of your song
Too many times married men think they're still single
That has caused many a good girl to go wrong

It's a shame that all the blame is on us women
It's not true that only you men feel the same
From the start most every heart that's ever broken
Was because there always was a man to blame
-Kitty Wells, "It Wasnt God Who Made Honky Tonk Angels"


See, opposing paying for birth control isn't a war on women or their gender.  It has nothing to do with femininty or women as a people.  Nobody says that birth control shouldn't be funded because women need to change or that there's an innate problem with female reproductive systems.  Opposition to abortion has nothing to do with gender; if anything its at least 51% pro-female because its about saving the lives of babies.
A War on Women would look like what's being done to men, it would be opposition to culturally feminine things, attacks on traditional female delights and interests, and not simply out of a desire for change but out of a hostility toward women as women.  It would be an antipathy toward women because of a belief that their gender is evil and they need to be more like men.
Just like the war against men in our culture.  The truth is, the "war on women" being decried is almost always the winning side trying to stop the losers from fighting back.  How dare you stop me from beating on you, oppressor!
As I noted above, the "war on women" theme seems to have run out of gas. Its only brought up by really radical cranks these days or by people mocking it, and for good reason.  It barely had any support to begin with and was pushed to such ridiculous, absurd extremes that people just had enough of it.  You won't fund my tampons?  War on women!  Ads by Democrats pretending that if their Republican opponent won, tampons would be banned and disappear were run.
And while that might appeal to the womyn's studies prof at Berkeley, I doubt they won many converts with that kind of thing.  Look around you and see how men are acting.  All those beards are not just a wild fashion statement, they're a flagrantly masculine defiance to the culture.  These people aren't huge Duck Dynasty fans, they just think its cool to have a beard and its manly.  And women seem to really like the beards lately too.
That will change, but inevitably, no matter how the culture shifts, men will rebel and defy the rules and the feminist mandates.  Because that's part of what it means to be a man.  Men and women both will at times question the authorities and what is established, but its almost always the men who do something about it, even as minor as growing a mountain man beard.
And women usually love them for it.  Except for the Sandra Flukes and Pajama Boys of a given society.  And judging by last night, right now nobody's listening to them anyway.
Posted by Christopher R Taylor at 11:10 AM

I am an American man, and I have decided to boycott American women. In a nutshell, American women are the most likely to cheat on you, to divorce you, to get fat, to steal half of your money in the divorce courts, don’t know how to cook or clean, don’t want to have children, etc. Therefore, what intelligent man would want to get involved with American women?

American women are generally immature, selfish, extremely arrogant and self-centered, mentally unstable, irresponsible, and highly unchaste. The behavior of most American women is utterly disgusting, to say the least.

I think there are some perfectly fine American women out there, and a lot of worthless trash American men. A boycott seems silly to me; if you don't care to marry a woman that is not up to your standards, then don't.