*UPDATE: A couple of corrections, courtesy some very helpful commenters!
Most people know of the Hindenburg from a Led Zeppelin album cover or the famous radio broadcast.  I suspect that the immediacy and that reporter's horrified, genuine shock at what he saw ended the entire idea of airships, which is a real shame because they are wonderful craft.
These days airships are starting to build interest and momentum again, which I hope takes off.  People think of air travel as expensive, uncomfortable, but fast.  They should change their thinking to be more like cruise ships for zeppelins.  Not very fast, but incredibly scenic and luxurious.
The Hindenburg was big.  As in, vastly enormous.  Bigger than you think.  It was much, much bigger than even the biggest planes ever built, by several times.  The Hindenburg was 135 feet across, or half a football field. You could have a picnic on the top and not worry about falling off.

As you can see from size comparison, modern passenger jets are dwarfed by the Hindenburg.  At 245 feet long, it was longer than the White House Capitol Building: 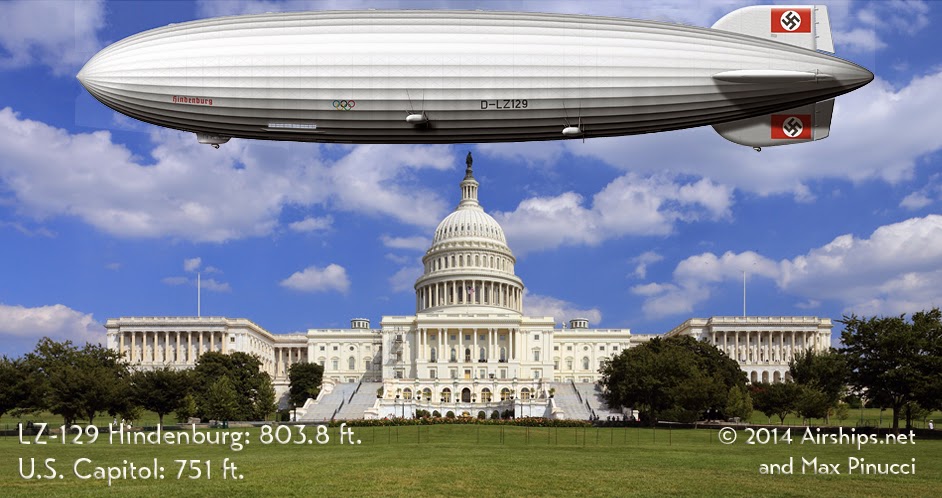 It held 50 passengers and had a top speed of almost 90 miles an hour.  With separate gas envelopes totaling over seven million square cubic feet, it had enough lift to move more than 250 tons.  If you've seen how big the Goodyear Blimp is well...

The Hindenburg cruised in pretty good luxury.  But pictures of the interior are not as impressive as you'd initially think.  A lot of the interior was very simply built, and weight saving measures were used everywhere. 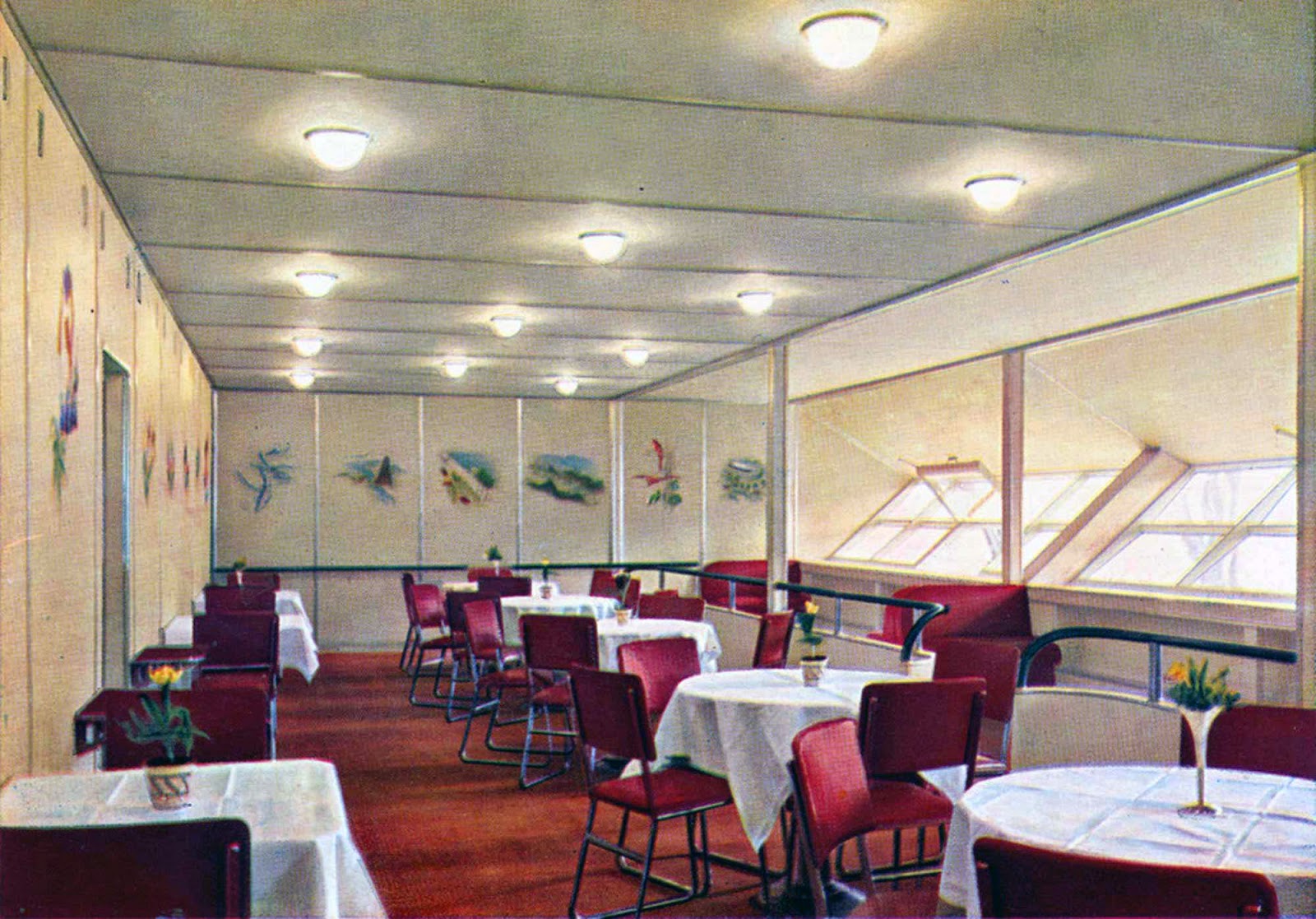 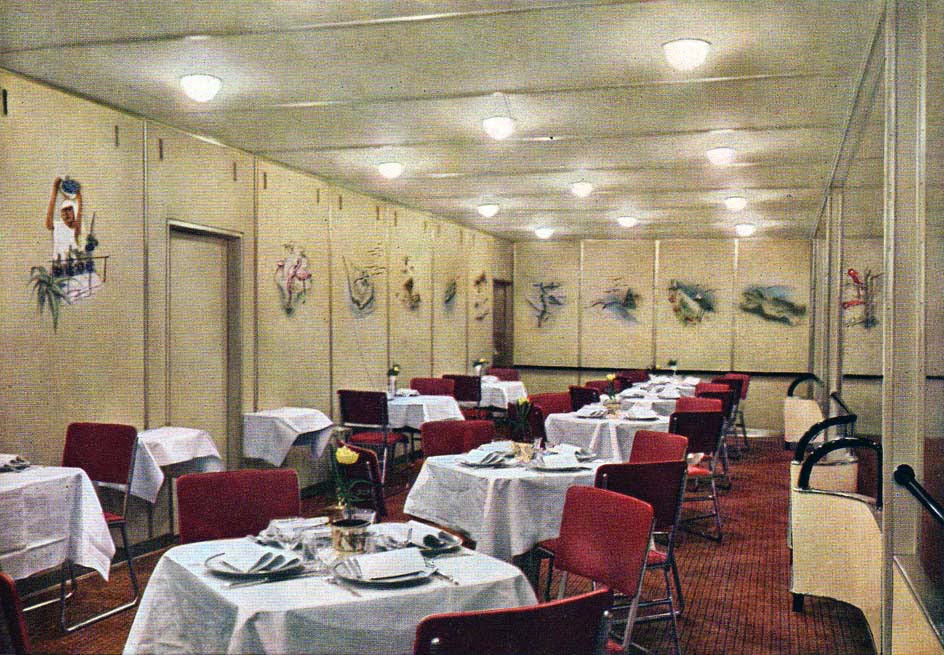 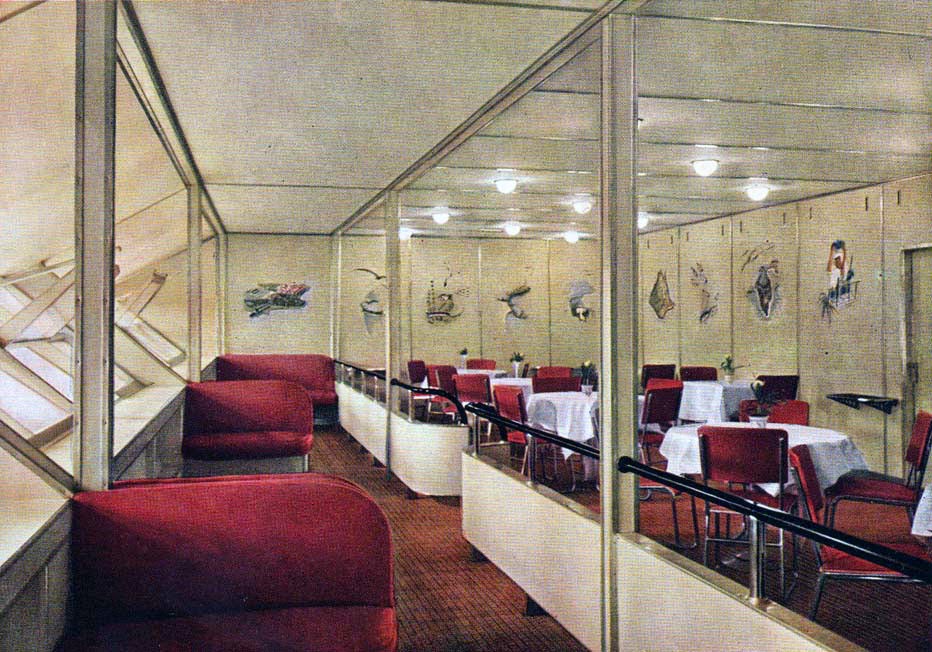 As you can see the interior bulkheads were light and simple.  The chairs and walls remind me of my junior high school in the 70s.  It actually doesn't look nearly as classy as I expect.  I was thinking more like the beautiful dining area of the zeppelin in Indiana Jones and the Last Crusade.  I like the images on the walls though. 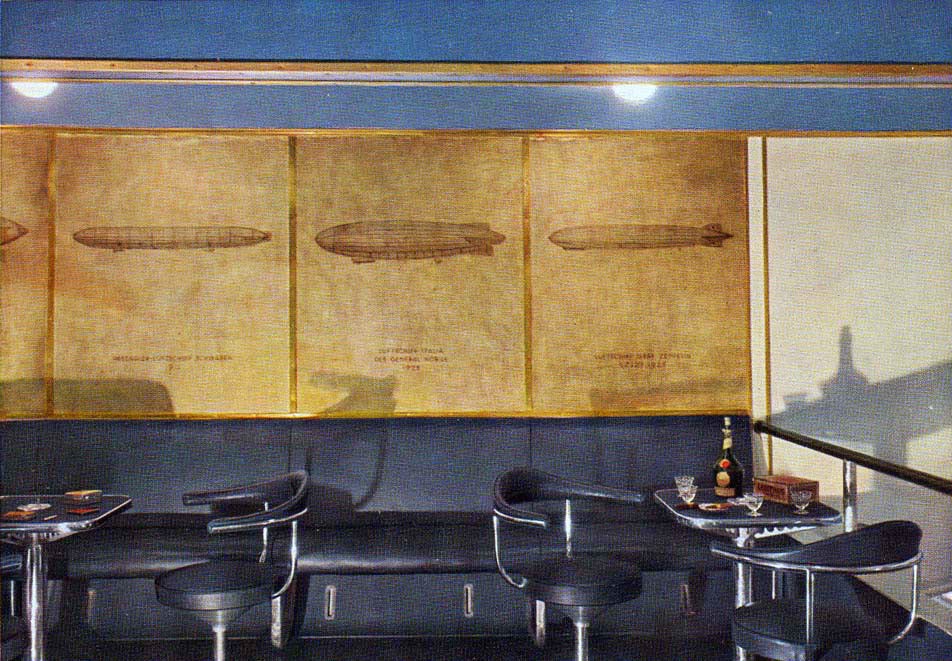 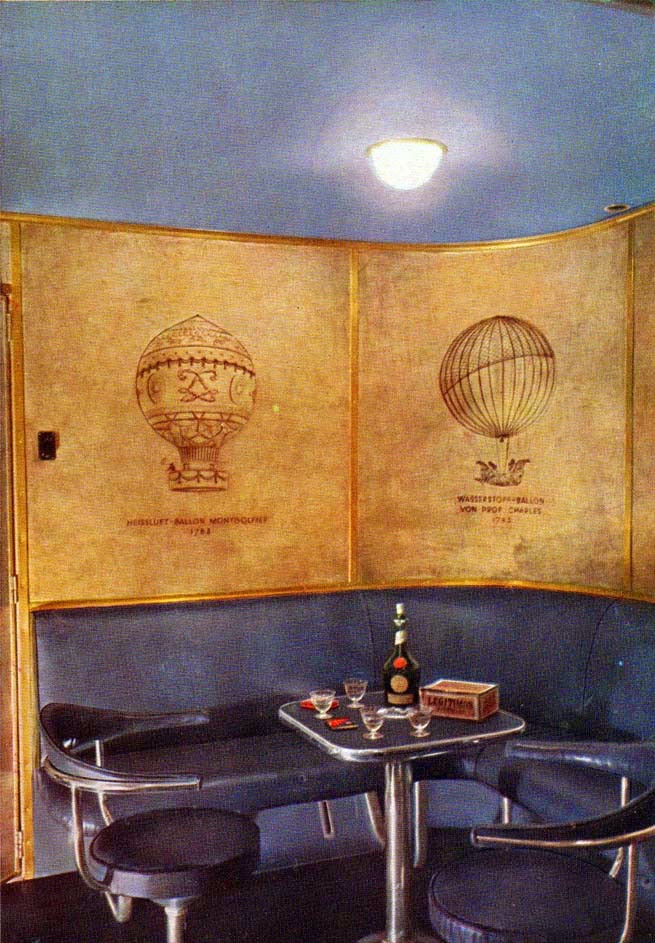 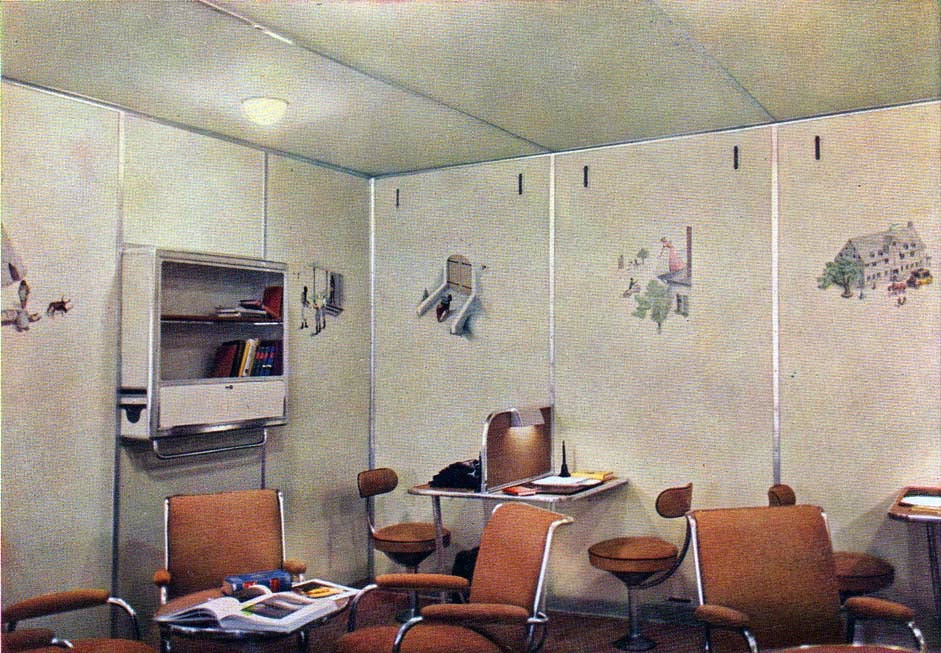 Some of the interior shows the weight saving.  That ladder, for example is light weight and the folding luggage holder. 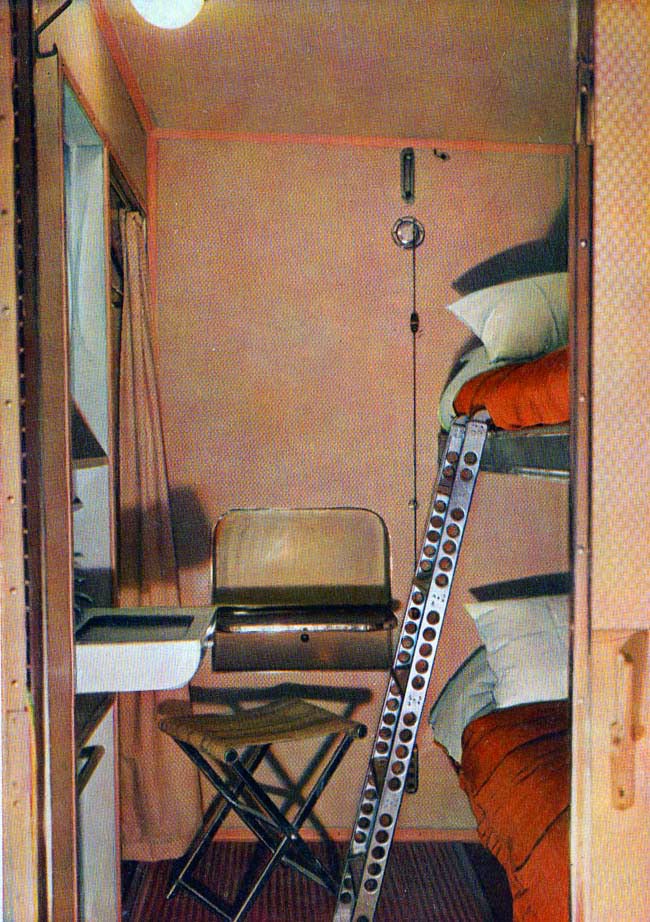 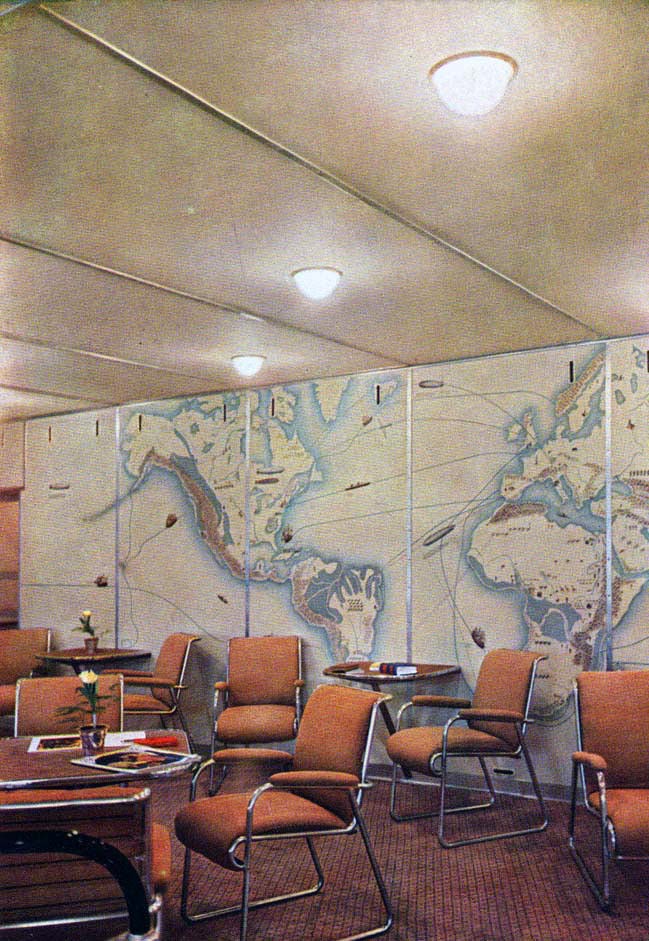 In any case, its fascinating to me to glimpse almost 100 years in the past and see inside the doomed airship.
Posted by Christopher R Taylor at 10:37 AM

That's not the White House; it's the Capitol.

I'm pretty sure the gas envelopes were measured in cubic feet, rather than square feet..... :-)

It was an amazingly flat airship, almost 2 dimensional.... no?

I do not even know how I ended up here, but I thought this post
was great. I don't know who you are but certainly you're going to a famous blogger if you are not
already ;) Cheers!