Bitterness is cancer - it eats upon the host. It doesn't do anything to the object of its displeasure.
-Maya Angelou


Over at American Digest I saw a strange and humorous, yet miserable sight recently.  It is of a real calendar that you can order from SquareUp called the Social Justice Kittens Calendar.  It is a series of adorable pictures of kittens coupled with social justice statements and quotes.
I cannot tell if this is meant to be ironic, satirical, or is a serious product, but I'm leaning toward satire.  Each picture has quotes on it like this (some are Not Safe For Work and contain foul language): 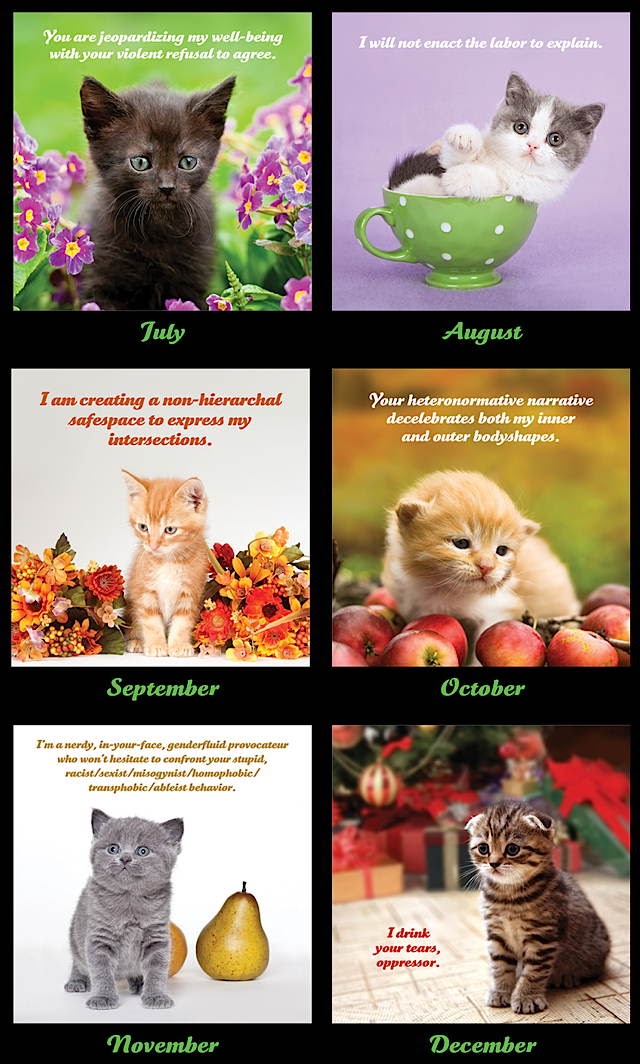 The sentiments put in these calendar pictures are the sort that certain classes in some colleges and universities will promote and professors will say, even unrelated to the topic at hand.  And they seem extreme but I've read these quotes or things like them from people who are not saying them as a joke, but with absolute earnest and honesty.
The bitterness, anger, and even hate that radiates from them is shocking to me.  "This conversation doesn't make me feel safe" is genuine, actual college speak, in the "microaggressions" school of thought.  The purpose is to silence speech that the listener does not care for or that threatens their worldview.
They care nothing for liberty, or truth, or honesty, they do not want a world where people interact and learn from each other, they want nothing save a continual, comforting womb of support and confirmation of their worldview.  And they're more than willing to crush anyone or anything that threatens this.
This attitude might be a byproduct of the bubble wrap children, who were raised so carefully, protected, and supported that they never encountered anything that challenged or made them question themselves.  It might be a subversive method of silencing speech and dissent from a political agenda that cannot survive rational discussion.  It might be the result of a psychosis that cannot abide being questioned.  It might be a combination of some or all of those things.
Certainly it is uncomfortable, even frightening when someone challenges your presumptions in a convincing and rational manner.  Nobody welcomes being wrong, particularly on deeply held presumptions about life and belief. 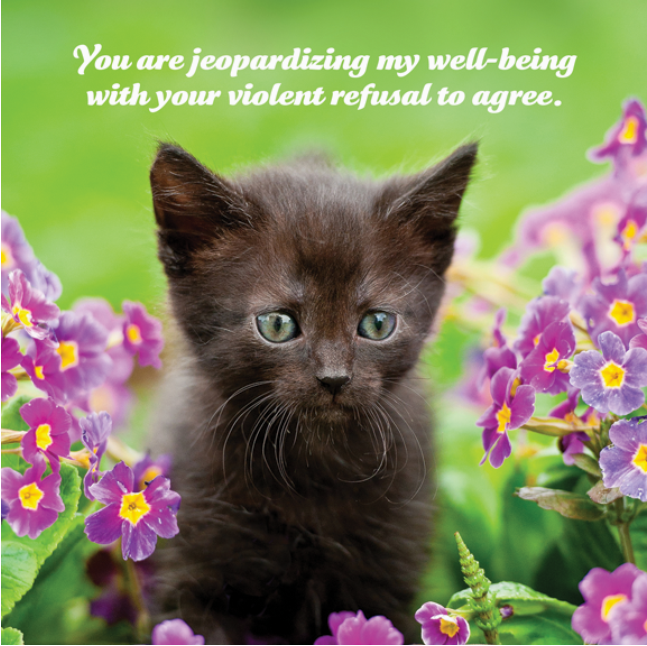 For as long as there has been human life on earth, there have been a majority who never even consider their worldview, only live it out.  And among those people have always been some who find any doubt terrifying and intolerable, people who have great certainty only because they refuse to consider or even listen to an alternate viewpoint.
This is no bastion of the left or right, or any other political persuasion.  It is a human characteristic to one degree or another to reject things that trouble, threaten, or weaken our resolve.  Some in any group are like this.
What's most troubling to me is that the loudest, most insistent, and most publicly conspicuous of this group are those who at the same time insist that they are lovers of liberty and will not tolerate intolerance.
And yet here we are, in the 21st century, where academics have churned out an entire system designed to do exactly the opposite of what academia is meant to be: silence any debate, questioning, or interaction that in any way threatens one specific certain viewpoint.  And its done with passive-aggressive behavior taken to an astounding depth of creativity and precision.
These are the chocolate sipping onesie boys of the world, who emote without thought and cringe at perceived aggressions by people who challenge their certainties.  Brutality, bullying, rape, they cry.  And in a polite society, their approach tends to shut down any talk. 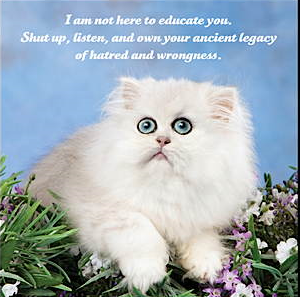 Its the flip side of the Online Forum Effect where there is a tourettes-like tendency of some to bring up in any conversation and any occasion their pet political viewpoints.  They do it loudly and angrily, and become so unpleasant that everyone around them learns to just shut up about some topics in the hopes that they won't provoke another episode that ruins everything for everyone.
And in the process, they win by silencing any dissent or alternate viewpoint.  By not allowing anyone to gainsay or question their absolute certainty on a topic, all that everyone is left with is their regular outbursts on every subject.
And in time, that wears down all but the most strong of wills by the Big Lie. After all, I don't hear anyone disagreeing with them or showing how they are wrong, and they wouldn't be so very strong and insistent about this if it wasn't at least somewhat true.  They aren't crazy or lying all the time, nobody would do that...
And until this changes, until this atmosphere at institutions of higher learning changes, until this approach toward academia and culture is different, then the entire exercise of education is pointless.  How can you expect anyone to get an honest, valuable education in this kind of atmosphere?  What kind of worldview and what sort of behavior is being inculcated by this kind of attitude?  Nothing healthy.
Posted by Christopher R Taylor at 8:59 AM