"They think African Americans are off killing each other. I don't mean to be brutal here, and it's gonna come off harsh...but the media doesn't see blacks as being smart enough to be serial killers."

Criminal Minds is on Netflix, and I've been watching more TV than usual again lately, as I've been kind of worn down.  So I watched the first season and most of the second last week, interspersed with some other more cheerful television.
Its interesting to watch because the mystery and the processes are intriguing enough, but as usual there are some basic flaws; I can usually figure out the mystery before the FBI super profilers do, and they violate some basic annoying rules of crime TV (particularly with cell phones and computers, although they're better than most shows on computers at least).
And since its TV, the profilers are first through the door to capture the bad guy, rather than cops or actual field agents.  But the most significant thing (aside from the usual 'more bizarre incomprehensible serial criminals than exist in a decade per season' episodes) is the way the cases are presented.  Each year there's been exactly one female villain, and all of them, as in every single last one is white.  Every one.
They mention the DC Sniper regularly in the first year, but never note that he was black (or a Muslim, for that matter).  All monsters, killers, rapists, kidnappers and assorted awful people on the show are white as driven snow.
Meanwhile there's another show on television called The First 48.  This is not the Nolte/Murphy movie, its a sort of documentary of real life police cases following the investigation of criminal cases.  First showing in 2004 on A&E, it shows a continuous documentary of a case, usually the first 2 days, but the format has relaxed over the years.
Unlike Criminal Minds, the show The First 48 is real life.  These are real cases, with real cops, doing real investigation of real criminals doing real crimes.  And there's another major difference.  The Weapons Man notes many significant points shown on that program from real life:
The stark difference between the murderers on shows like CSI, Criminal Minds, and Law & Order and real life stuff like The First 38 and Cops is pretty stark.  Its not that there aren't any white serial killers, its that most killers aren't white - and the black ones who kill lots of people aren't declared "serial killers" but just murderers who happened to kill several people. 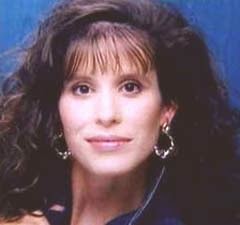 White people tend to commit different kinds of crime, often those which do not carry the same kind of sentence.  Fraud, tax evasion, and other white collar stuff is more typical for white criminals, and those carry fines and other sorts of penalties than murder, rape, drug dealing, etc.  Yes, its true, the justice system is designed to treat rape as worse than insufficient tax payments.  Shocking, but true.
At the same time, most the people who do really sinister, awful things like Ted Bundy or the Green River Killer were white guys.  The ones who do lunatic monstrous things for horrific reasons, the ones who build thrones out of the bones of infants they kill and store body parts in freezers are usually white men.
Women are less often bent in such an evil way; the ones that are typically are hands-off and manipulative; they drive others, weaker people into carrying out these evil acts.  Its not that there never have been any awful female serial monsters (there are more than you would think) or that there are no minorities (again, more than you've been led to believe) but the greater majority are white males.
However, this majority is not disproportionate.  In fact, Ann Todd at the FBI said:


"From the FBI's perspective, there has never been a generic profile of a serial killer and no set of characteristics that someone can  'look out for,' '' she said. "Further, serial killers span all racial groups. There are white, African-American, Hispanic and Asian serial killers. The racial diversification of serial killers generally mirrors that of the overall U.S. population.''

In other words: serial killers are pretty much proportionate to the population.  So out of 100 of them, about 72% are white (of which around 17% are hispanic), about 13% are black, 5% are asian, and about 5% are native American.  So yeah, most of the killers are going to be white because the bulk of the population is still (despite what you might have read in the news or see in entertainment media) white in America.
85% of serial killers are male, and there has been only one known female serial sexual predator on record (Aileen Wuornos, who was then turned into a film star) and she used prostitution to lure in and kill victims.  However, there have been many examples of women who have killed many people such as Miyuki Ishikawa, a Japanese midwife who is believed to have killed at least 100 infants during the 1940s, who are not usually considered serial killers.
So why is the perception that these monsters are always white dudes and the overwhelming presentation of white guys as serial monsters on shows like Criminal Minds?  In the real Behavior Science Unit at the FBI (which Criminal Minds fictionalizes), Dr Louis Schlesinger notes: 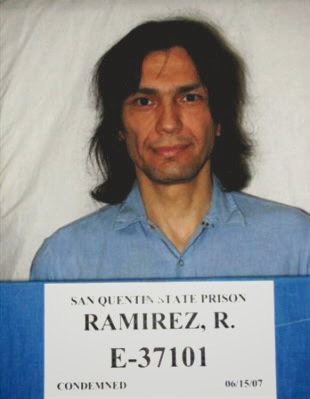 And there you have it.  The thing is, media tends to focus on the spectacular and the unusual.  When some gang banger kills 33 people for the 5th Street Bangaz over 6 years, he's not treated as a celebrity serial killer, he's just some gangster.  But when John Wayne Gacy kills 33 people over six years, he's creepy and interesting.  The Unabomber was attacking public figures and news organizations, and EZ Wayne is killing poor people and other gangsters, who cares?  Or at least the press thinks that way.
There are exceptions of course.  The "Night Stalker" in California was a media sensation, and he turned out to be hispanic.  But the fame occurs before the reveal; like the DC Sniper, who we were assured by FBI profilers had to be a white guy, probably a gun nut.  Not a pair of black Muslims.
And, of course, there's the PC need to not make minorities look bad, out of sympathy for what is considered an oppressed other, and out of the fear of seeming racist.  So its easy and safe to attack white guys, not so much to attack a black woman.
Schlesinger also notes that serial monsters are not especially brilliant, despite their presentation in the media.  They have a normal distribution of intelligence compared to the general population - some being quite stupid, some being very bright, most average.  So again the "super genius serial monster" portrayed again and again on TV is a silly myth.
And, from what I've heard and read from real cops, the random lunatic is much harder to nail than the smart planner.  If you have nothing to go on, if the crimes are sudden and without reason or pattern, they're significantly more difficult to solve than the carefully plotted ones.
The difference between what we're given in media entertainment and what actually takes place in the world is pretty significant.  And its worth considering when you watch your favorite show; how close to reality are they? What are they (deliberately?) changing or avoiding saying and why?  Watch how often the guns used for crimes are owned by people or bought legally.  Watch how many are white guys.  Watch how often the "burglars don't kill" myth is propagated, or the "genius killer" one is offered up.
Because that's not done by mistake or accident.  They're doing this stuff on purpose, and that leaks into our minds and presumptions of the world.
*This is part of the Common Knowledge series: things we know that ain't so.
Posted by Christopher R Taylor at 12:14 PM