"It is generally believed in the scientific community, I think, that Michael Mann is a fraud and a liar, as well as a bully."


I've poked a lot of fun at Dr Michael Mann over the years for his insistence on the threat of climactic change caused by human activity.  His name and his work with the Hadley Research Center lends him to mockery (Michael "Piltdown" Mann, from the scientific fraud perpetrated in the same area), and his antics are difficult to not laugh at sometimes.
But there's a more serious side to the story.  Michael Mann's behavior is something that warming alarmists should be looking at more carefully.  He has a serious problem with the truth and with facts, something no scientist should ever suffer from.
I'm not just saying that there are good arguments against his position on climate change.  I mean in his life and actions.  I don't even mean how he deliberately doctored data to get his "hockey stick" graph to work or how he used different sets of data for different parts of the graph to ensure its design would be just how he wanted.  The stick is a flat out lie, it is utterly without scientific merit, as even most alarmists admit now. 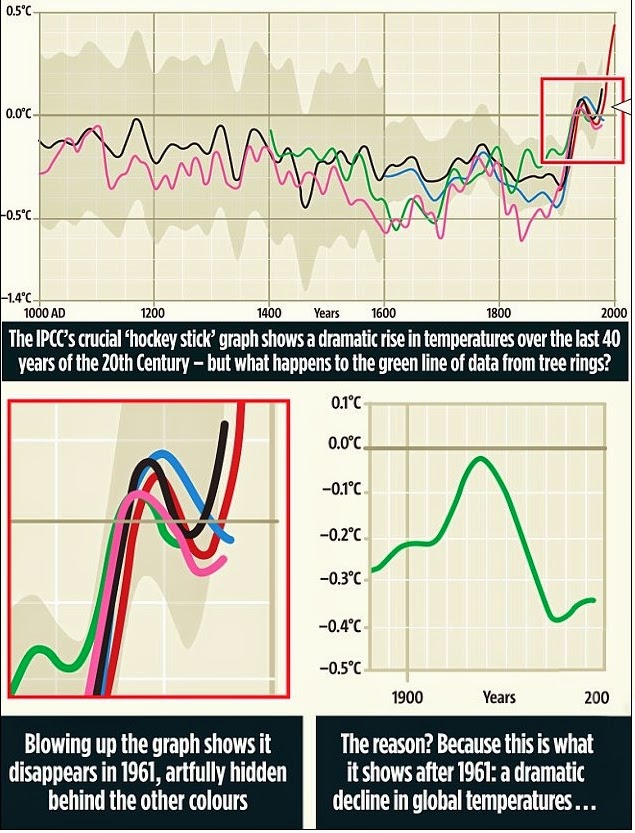 I mean the man just lies.  For starters, he claimed to be a Nobel Prize winner.  He does it a lot, and he got Pennsylvania State University to go along with him, publishing his information for the school with that claim.  He never won a Nobel Prize for anything.  The closest he came was working with the IPCC, which won a Nobel prize.  That's like playing for an orchestra that gets a Grammy, then claiming you won it.
And when Mark Steyn called him on it, he didn't admit he was being silly or simply insist it was true, Mann sued Mark Steyn (and several other people) and the case has been dragging along for months now. To make matters worse, Michael Mann did not sue over defamation, but that Steyn must be silenced because he's questioning things Mann has said that the EPA has supported.
In the court case, Michael Mann has continually claimed absurd and absolutely false things over and over again.  Steyn writes (pdf):

In his later court filings, Mann has made equally preposterous and objectively false claims. For example, Mann has claimed that he has been "exonerated" by such bodies as the University of East Anglia, the U.S. National Oceanic and Atmospheric Agency, and even by the government of the United Kingdom, none of which have investigated Dr Mann at all, never mind "exonerated" him.

The audacity of the falsehoods in Mann's court pleadings is breathtaking. For example, on page 19 of his brief below dated January 18, 2013, he cites the international panel chaired by the eminent scientist Lord Oxburgh, FRS as one of the bodies that "exonerated" him, whereas on page 235 of Mann's own book, The Hockey Stick and the Climate Wars, he states explicitly that "our own work did not fall within the remit of the committee, and the hockey stick was not mentioned in the report." It is deeply disturbing that a plaintiff should make such fraudulent claims in his legal pleadings.

Mann's lies continue.  He claims to have been "one of the first to document the steady rise in surface temperatures during the 20th Century" which is not just wrong but akin to Justin Bieber claiming to be the first to use an electric guitar in 20th century music.
Fellow IPCC scientist who worked with Michael Mann to produce the 2001 report writes:

Regarding the Hockey Stick of IPCC 2001 evidence now indicates, in my view, that an IPCC Lead Author working with a small cohort of scientists, misrepresented the temperature record of the past 1000 years by (a) promoting his own result as the best estimate, (b) neglecting studies that contradicted his, and (c) amputating another's result so as to eliminate conflicting data and limit any serious attempt to expose the real uncertainties of these data.

The Lead Author in question is, of course, Michael Mann.  And in the IPCC report, there was no mention that Mann deleted portions of an expert's report that would have conflicted with his conclusions.  The parts deleted?  The ones that noted how misleading the "hockey stick" graph was.
During the legal process in the United States court system, there is a stage called "discovery" in which all data relating to the case is required by law to be made available to both attorney teams - prosecution and defense in criminal cases, for instance.  However in this instance, discovery means that data that Mann has been zealously guarding to the extent of violating freedom of information law (as admitted in the Climaquiddick emails) and preventing other scientists from getting will be brought to light.
I'm not making this up.  Michael Mann has fought long and hard (along with many other alarmist scientists) to keep other scientists from being able to look at their work and the data they used to come to their conclusions.  This is such a fundamental violation of every basic principle of science it is amazing to me that they aren't a byword for fraud and deceit in scientific circles.
But discovery forces them to release this data, which is partly why so many people eagerly celebrated Mann's foolish lawsuit.  And his legal team has spent months using every conceivable delaying tactic, legal trick and stunt to stop discovery from forcing Mann to give up his data.
Now step back and look at this objectively.  This guy is the rock star of global warming, he's Mister Climate Change.  There are still some fools out there that swear up and down that hockey stick graph is absolute truth.  Mann is held up as a beleaguered hero of those who F'in Love Science, a man of great learning who is being attacked akin to Galileo.
And this is the man that's being defended.  He's a liar and, by most accounts, a bully that uses his leverage and contacts to destroy people who dare disagree with or question him.  He's the exact opposite of what a scientist is supposed to stand for.
He's becoming an almost infamous liar.  And this is the face of climate change science?  Small wonder that, outside the radical left, climate change has lost almost all of its public support and is no longer even mentioned in entertainment media like it used to be.
Remember, the last time there was measurable global warming, Bob Dole had just picked his running mate against Bill Clinton.  Tupac Shakur was still alive.  Seinfeld was still on the air.
Ultimately, I have to agree with Mark Steyn when he says:

Things warmed up a bit in the decades before the late Thirties. Why? I dunno. The Versailles Treaty? The Charleston?

Then from 1940 to 1970 there was a slight cooling trend. In its wake, Lowell Ponte (who I believe is an expert climatologist and, therefore, should have been heeded) wrote his bestseller, The Cooling: Has the new ice age already begun? Can we survive?

From 1970 to 1998 there was a slight warming trend, and now there's a slight cooling trend again. And I'm not fussed about it either way.

The climate seems to be varying back and forth over time, without any real connection to human activity at all.  Should we as people be better stewards of the world we've been given?  Certainly.  Its irresponsible and dishonorable to do otherwise.  But crying wolf never works out well in the end.
Posted by Christopher R Taylor at 11:17 AM

The attitude from, as you so aptly put it, "those who F'in Love Science" seems to be that snidely saying "you don't know what you are talking about" is an overwhelming argument that "destroys" all those who question anthropogenic warming.

The computer models are built on bogus data, and their predictions are deviating ever more dramatically from reality, yet they still maintain we need to go back to the Stone Age to be saved.