SITTING ON THE SHORE

I'd say I told you so, but at this point, what difference does it make? 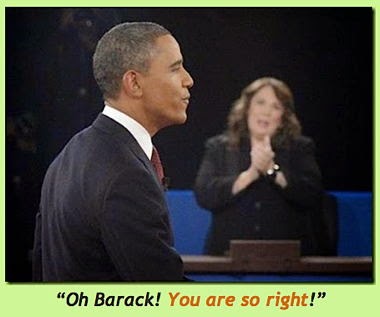 There is an old saying attributed to Sun Tzu “If you wait by the river long enough, the bodies of your enemies will float by.”  The principle of this is that a patient man will eventually see justice and their foes dealt with, even if they cannot do so personally.
And I've noticed often, and commented often, that the internet is the same way: if you wait long enough you see the truth drift by on the net.  Things you suspected or knew to be true but did not have official confirmation or proof of eventually will show up.
This being the internet, naturally, you can always go find someone who supports any idea you have no matter how demented it is.  But that's not what I mean.  If you wait, you will eventually see your foes agree with what you've said, like when years ago, the New York Times ran a piece confirming that trickle down economics works.  It wasn't what they meant to do but Motoko Rich wrote:

The economic recovery has been helped in large part by the spending of the most affluent. Now, even the rich appear to be tightening their belts.

Late last year, the highest-income households started spending more confidently, while other consumers held back. But their confidence has since ebbed, according to retail sales reports and some economic analysis.

Like most on the left, they don't even have a clue what trickle down really means other than "its bad" so it probably never occurred that they just confirmed the economic fact of this concept.  As I noted in a Washington Examiner piece, the AP did the same thing.
So sitting by the river, watching the internet flow by, along comes a few stories.
First was Donna Brazile, reliably leftist and Democratic Party cheerleader, admitting years after the fact quietly that, um, Bush was good when it came to Hurricane Katrina.


George W. Bush was good as his word. He visited the Gulf states 17 times; went 13 times to New Orleans. Laura Bush made 24 trips. Bush saw that $126 billion in aid was sent to the Gulf's residents, as some members of his own party in Congress balked.

Bush put a special emphasis on rebuilding schools and universities. He didn't forget African-Americans: Bush provided $400 million to the historically black colleges, now integrated, that remain a pride, and magnet for African-American students. Laura Bush, a librarian, saw to it that thousands of books ruined by the floods were replaced. To this day, there are many local libraries with tributes devoted to her efforts.

She also points out how hard President Bush tried for civility and decency despite the unrestrained, filthy, screaming hatred spewed at him constantly.  Bush did a good job, the federal government acted swiftly as they were able with a massive outpouring of assistance that was handled with nearly overwhelming incompetence and seemingly deliberate obstinance by the Louisiana and New Orleans government, and the press went out of their way to make it seem like Bush was a horrific racist monster.  And people bought it hook, line, and sinker.
Another story is a bit smaller in scope is yet another admission by a former New York Times person that yes, the paper is a mouthpiece for the left, a deliberately slanted leftist organ.  This kind of thing slips out when the paper is defending its self for something (like firing the first female publisher, who was apparently a bit of a crazy).  The last time it was an ombudsman writing "well yes, we're biased to the left" flat out.  But ask a leftist and they'll laugh at you for bringing it up, declaring you a crazy right winger who sees bias everywhere.
A bit older is this bit of history that sort of got swept under the rug.  Jarrett Stepman and Inez Feltscher write at Breitbart:


George Fitzhugh, a Virginia planter and pro-slavery intellectual, went even farther than Hughes in his attack on free society and capitalism. Although Fitzhugh denounced the radicalism of communists and socialists, he agreed that capitalist society was “diseased.” Fitzhugh defended Southern slavery as the economic model of the future and declared that “slavery is a form, and the very best form, of socialism.” In fact, he believed nineteen out of twenty people, both white and black, should be slaves.

“A Southern farm is the beau ideal of communism,” Fitzhugh said. “There is no rivalry, no competition to get employment among slaves, as among free laborers… Wealth is more equally distributed than at the North, where a few millionaires own most of the property of the country.”

Fitzhugh said in Sociology for the South: Or the Failure of a Free Society:

The negro slaves of the South are the happiest, and in some sense, the freest people in the world. The children and the aged and infirm work not at all, and yet have all the comforts and necessaries of life provided for them.

Yes, he just argued that slavery is the ideal of socialism.  Why?  Because 'you didn't build that.'  Because he believed that everything belongs to the collective, through the state.  So that everything should be done for people and taken care of for people, not given them to do with what they wish.  Slavery is just jobs for room and board, working but not owning anything.  What is freedom compared to having everything given to you by a benevolent owner, according to the socialist idea?  Its a pretty consistent, cogent argument from that perspective, but one the left wants to forget.

And, of course, we have the nearly weekly reminders that almost everything Mitt Romney said on the campaign trail about foreign policy - and was mocked for by the press and the president - was absolutely true.  President Obama has been about as wrong as you can possibly be on every aspect of foreign policy and demonstrated it so totally in the campaign as to be overwhelming but as you can see from that pic at the top, the press (the woman in the background being the allegedly neutral moderator at the debate) thought he was just glorious and wonderful.
And finally, you have this little story out of Tennessee.  I've never liked the allegedly nonpartisan state of judges; they're pretty clearly partisan, and you can almost always call what their leanings are based on how closely they follow the constitution and how they rule.  In this case, some state Supreme Court justices donated to Democratic Party concerns, sort of taking the mask off.
This sort of revelation happens somewhat regularly online.  In fact I could run a regular series of these, posting one every week or two.  Confirmation of media bias, confirmation of hypocrisy in the environmentalist movement or leftist icons (like Robert Reich's quarter million dollar check for teaching a college class on income inequality), on and on.
I don't do that much any more.  I used to post on this stuff regularly because I had this sad, foolish idea that it might reach some people and help clear up their thinking, bringing some possibly painful but important truth into their lives.  I figured it was useful to keep the pressure on and reveal this kind of thing to maybe have a tiny part in shifting culture slightly.
Well I know better.  Nobody wants to hear, nobody want to learn, nobody wants to think.  They have their position held not by logic and facts but emotion and a desire for these ideas to be true, even if they aren't.
And ultimately, it doesn't really matter.  Sure, I'd love a world where truth changed things, where the culture was shaped by what was real and right instead of what people liked and felt.  I would welcome a time and society more interested in truth than what makes them feel good.  But we're not in that world.  So all this kind of thing tends to do is make me and others feel lousy, confirming how rotten we feared things were.
At best its red meat to drive the outrage machine, getting those teeth gnashing and feet stomping, but accomplishing nothing productive or constructive.  And if I'm going to be the kind of gentleman I wrote we all should strive to be on multiple occasions, I have to focus on what helps and builds rather than what rouses rabbles.
So why post this stuff?  To lead into this conclusion.  The world around us is a mess, and we all know it.  It seems like society in general has come to an agreement on one thing: we're in bad shape and things are terribly wrong, even if we aren't sure what it is or why.
More evidence that things are awful doesn't help this.  What we need is not proof we were right all along and so there!  What we need is to work with family and neighbors, to raise our children right, to protect them from the evil out there and the corrupting influences.  To do what we can, where we are, to make things better and to help each other.
Because that big picture?  That's not just out of our hands, but in the hands of people actively hostile toward us all.  Left, right, rich, poor, black white, it doesn't matter.  They are out for themselves and view us as either a source of power or an impediment to it.  We aren't fixing that, unless there's a massive shift in culture that hurls these kind of people out of power.
So this sort of story serves not as a way of getting people to act, but a reminder to keep it local, keep it simple.  Focus on your home, your family, your friends and neighbors.  You can have an impact there, and if we all have a positive impact where we are, then there's a chance in the future to maybe see that cultural shift.
Posted by Christopher R Taylor at 11:45 AM