Modesty, propriety can lead to notoriety
You could end up as the only one
Gentleness, sobriety are rare in this society
At night a candle's brighter than the sun
-Sting, "Englishman In New York" 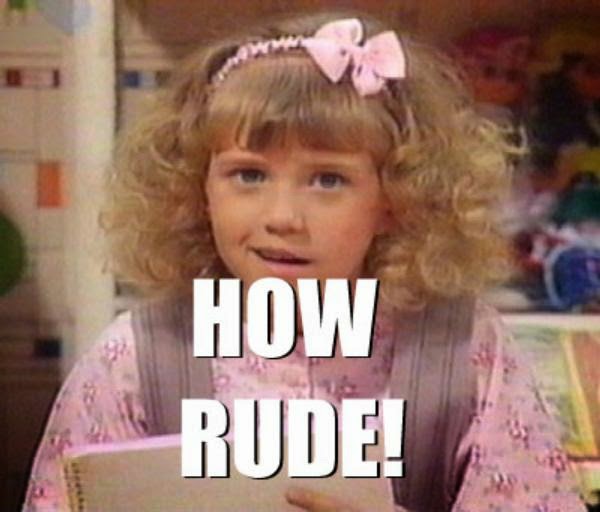 A while back I wrote a piece examining the nature of masculinity in a culture that no longer needs men for their traditional roles of provider, protector, and constructor.  In it I noted:

As society becomes more civilized and technically advanced, those things men are relied on for become obsolete: we have police, firemen, contractors, supermarkets, and so on, all of which take care of the problems men were needed for in a family.

I suggested that the proper approach to this is to become a gentleman, to demonstrate strength through character, protection through moral example, provision through instruction and behavior, and so on.
We live in a culture that not only lacks this level of dignified character and proper behavior, but actively mocks and derides it.  Someone who behaves with polite character is thought of as at best an eccentric, possibly mentally deranged, and certainly an idiot.  In our culture, snark, sarcasm, and mockery are considered high forms of wit and humor.  That's how you demonstrate your sophistication and intelligence: by hitting someone with a great zinger - ooh burn!
Roland S. Martin recently wrote a column in The Daily Beast about rudeness in which he gave half a dozen all-too-familiar examples of rudeness in modern culture and wondered:


You may say, “Man, get over it,” but when I see rudeness everywhere I go, it tells me that we have a generation of parents who did not do and are not doing their jobs. When and why did this happen, that parents stopped teaching manners? Conservatives would blame the 60s, since they blame the 60s for everything. Liberals would blame the 80s, the rise of the selfish Gordon Gekko type, the creation of the uber-class that expects and demands perfect service at all time and in all places. Sandwiched in between of course is the 70s—“The Me Decade,” as Tom Wolfe called it, the time of retreat to individualism after the demanding social commitments of the 60s. I’m not sure which decade to blame or when it happened, but it did. American parents started raising rude children. We really need to emphasize again the notion of common courtesy to our kids and teenagers.

I don't notice this so often personally where I live.  People tend to be reasonably polite in stores and on the street, even driving in my town.  But I know that's not typical and certain online its rare. But get this: the picture accompanying the article?  A really rude gesture, in wide screen technicolor.
In fact, rudeness seems to be a badge of honor, something to strive after and achieve rather than avoid.  And I do believe that it is not common for parents to emphasize politeness any more.  Writing thank you cards, saying please, letting people go first, giving up your seat to a lady or an elderly person, etc have largely disappeared.  Even little stuff like taking your hat off when you go indoors or for a national anthem are unheard of.
Part of this certainly is teaching and cultural.  People have gotten away from wearing hats so much that nobody remembers the etiquette; when do you take your hat off?  Military still teaches this, and you can usually tell when someone has served by how they behave with a hat.
But it goes deeper.  A society that has rejected any foundations or structure of behavior and has abandoned tradition and the past as any guide for the present will find its self cut adrift.  Polite behavior and dignity have no measurable, tangible, or immediate benefit for the individual.  And without some sort of external pressure, people tend to ignore future benefits for the immediate.
So rudeness becomes the norm: I'm gonna get mine.

What's worse is that this has become so normal and assumed that if you point out that they are being rude or impolite you're cast as the bad guy for making them feel bad about themselves.  Their rudeness is only reasonable; your response has bruised their inner child, its time for sensitivity training.  So Politenessman is an old alternate newspaper bad guy, the brutal fascist who punishes people for breaking societal norms, a thug that is mocked and derided in satire.  For trying to get people to be polite.
And then there's the internet.  We all know about the bravery of being out of range: if there's nobody there to enforce politeness or intimidate you, there's no price to pay for rudeness.  In fact, people might praise and enjoy your cutting comment or comic dig.  You can become popular and well-liked by being the biggest jerk in the room.
And without the immediate, physical reaction of people to your behavior such as a hurt look, a pained tone of voice in response, a flinch, etc, you tend not to get the feedback that might otherwise restrain your speech.
But there's another aspect to this, which I wrote about a while back in The New Illiteracy:


There is some evidence that young people are even starting to lose the ability to accurately read facial expressions and tone of voice in their fellow man because they primarily relate through screens and texting than through interpersonal communication.  This shouldn't be too shocking; you've probably seen groups of young people all face down in their own device and shut off from speech by ear buds.  They might be communicating with each other, but smiley faces and so on only work in text.  It takes a different skill set to learn, display, and read facial expressions and tone of voice.

If you communicate primarily through text and not face to face, if your primary means of interaction is through a keyboard rather than physically with someone else, then you begin to lose - or perhaps don't even learn - cues that teach you how your words hurt people.
I've noticed that younger people are much crueler, more brutal and hurtful, and more mocking in their speech than older people are.  Not just the child hood digs at people we all grew up with, but a near-continuous use of mockery and attack that is shrugged at by their peers.  They all understand that being called a stupid fag means nothing, having grown up being hailed constantly by this kind of thing.
Its one thing to bust someone's chops to mildly poke fun at a friend or colleague for something they do or say.  Guys do that all the time.  Its another to do so, continually, to everyone, for the slightest action.  You break a pencil and get laughed at for being a gay loser who FAILED.  You drop something and people laugh at you for failing at life.  And they're so used to it, it means nothing to them.
They seem to have virtually no concept of being polite, friendly, or dignified.  In fact, they seem to be deliberately doing the opposite and I wonder if this isn't backlash at being continually taught to be multicultural, careful not to hurt feelings, and pushed to be constantly supportive and diverse.  Don't make fun of Billy in his wheelchair, don't say that about Sally's hair.  And kids usually get sick of that and rebel.
In the place of objective, time-tested standards of ethical behavior, kids are instead being showered with a dizzying, incomprehensible, and ever-changing array of social behavior based on the latest academic theories and leftist ideas.  The more you throw rules at kids, the more they're going to rebel in other areas.
So we get ruder and ruder, and as Sting's song suggests: the one who isn't that way stands out more and more.  So the man and woman who behave politely, with dignity, honor, and truth, becomes more and more starkly set apart from their background culture.
Posted by Christopher R Taylor at 11:21 AM