"I can guarantee you anything you want"
-Bender, Futurama 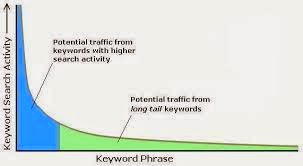 Cover's key, esp. online. As the old editor's saying goes, "If you can't judge a book by its cover, what reason do you have for buying it."


Part of the problem with buying books online... there is much less browsing. You used to go in to a bookstore looking for one book and you might spend an hour in there looking at other stuff.

Now, you hear about a good book, you go to Amazon, search for it, download it, and never pass any other books along the way. Maybe you look at the "here's what other people who bought this book are reading" thing, but at that point you've likely already completed your transaction.

It seems to me the only way for a small guy to really get momentum is if he has some kind of popular website or blog with lots of content related to his book and the website/blog promotes it for him... but that model doesn't lend itself well to fiction writers.

A good example is Athol Kay at Married Man Sex Life. He started his blog in 2010, promoted himself well, gained readership quickly, finished his first book in 2011 that was tied to the concepts from his blog, and has written two more since then, expanding his brand as he goes to bring in a wider audience (it used to be a blog for men, now it's increasingly for married couples). He quit his day job last year to do the blogger/author thing full time.

I think that is the model for becoming a successful independent author in this climate, but again... I don't know how you apply it to fiction.