"I was not aware of this until I saw it in the news.  No one is more upset than I am" 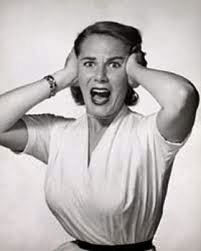 Some readers might wonder why I haven't posted anything about the IRS scandal, or most other scandals for that matter.  That's because there's nothing to be said on the topic.  Everyone who cares knows about it, no one who reads or hears about it that cares will change their minds, and nothing will come of this other than yelling and posturing in Washington DC.
This is the worst, most blatant and ghastly abuse of power by a presidential administration in American history, or at least the worst I'm aware of.  But there will be no consequences, no heads rolling.  The next president, whatever Democrat is nominated, will have free reign to do this whenever and however they desire.
There's reams of stuff written out there about how the press is ignoring this to their own peril and loss of circulation and sales.  There's piles of things written about how where Watergate was a crime against an opposition party, this is a crime against ordinary American citizens.  There are gigabytes of sound files all about how this is so obviously a huge crime and coverup.
None of it makes a difference.  Even if, by some bizarre circumstance, a special prosecutor was chosen by the Justice Department and started investigating, when's the last time one actually found anything?  It was the 70s.  They spend millions and never get anything done.  You can't trust the executive branch to investigate its self.
Its just one in a long line of staggering offenses against the American people and the constitution under this administration (swapping terrorists for a deserting jihadi, Fast & Furious, Wiretapping and hacking the Associated Press, Benghazi, the abysmal Obamacare rollout, the egregious Pigford cash handouts, the million dollar party by the General Services Administration in Vegas, The continuous funding of green businesses who are huge party donators, the near-constant violation of separation of powers by executive orders and EPA "rules," The attack on Libya and war waged without congressional approval, The leaning on and firing of Inspectors General who won't play along, the leaning on and punishing whistleblowers in various organizations, on and on it goes).
The outrage and gnashing of teeth and frustration and fury is pointless.  Nobody is going to revolt or pick up arms, nobody is going to shoot anyone over this.  The voters don't seem to care for the most part, and there's no price to pay.
The only thing that prevented previous administrations and politicians from going so far was a combination of a press willing to do its job and gleeful at juicy reports written about people in power... and the honor, self restraint, and ethics of the people in power.  None of those pressures are in place, and the voters seem disinclined to make anyone pay for anything.
So on it goes.  Its not worth getting an ulcer over, any more than when it rains on your picnic.  Its out of your hands. Writing yet another blog entry or long facebook rant won't make a bit of difference.  That's where we are now.  Nobody listens, nobody changes their mind, everyone is an expert, everyone knows best and you're an idiot/madman/fag/fascist/hippy/communist/racist etc for disagreeing.  Its lots of sound and fury, empty of consequence or meaning.
You can protect your family, you can prepare for any potential disaster or problems that may take place, and you can work locally with your neighborhood, borough, town, and even county to try to make things better where you are.  But nobody is listening beyond that point.
Posted by Christopher R Taylor at 8:01 AM