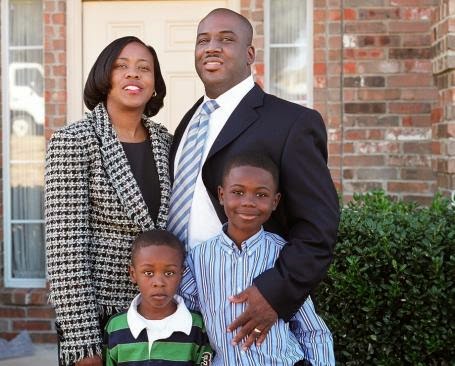 I have read a couple different articles over the years by police officers, parole officers, teachers, and other assorted people who deal with inner city blacks.  Almost inevitably they are incredibly bleak and paint a very unflattering and depressing image.
For example, this piece by a man claiming to be a Public Defender.  Certainly  he's got details and inside information that makes his claim seem plausible:

When I am appointed to represent a client I introduce myself and explain that I am his lawyer. I explain the court process and my role in it, and I ask the client some basic questions about himself. At this stage, I can tell with great accuracy how people will react. Hispanics are extremely polite and deferential. An Hispanic will never call me by my first name and will answer my questions directly and with appropriate respect for my position. Whites are similarly respectful.

A black man will never call me Mr. Smith; I am always “Mike.” It is not unusual for a 19-year-old black to refer to me as “dog.” A black may mumble complaints about everything I say, and roll his eyes when I politely interrupt so I can continue with my explanation. Also, everything I say to blacks must be at about the third-grade level. If I slip and use adult language, they get angry because they think I am flaunting my superiority.

At the early stages of a case, I explain the process to my clients. I often do not yet have the information in the police reports. Blacks are unable to understand that I do not yet have answers to all of their questions, but that I will by a certain date. They live in the here and the now and are unable to wait for anything.
...
Unlike people of other races, blacks never see their lawyer as someone who is there to help them. I am a part of the system against which they are waging war. They often explode with anger at me and are quick to blame me for anything that goes wrong in their case.
...
If you tell a black man that the evidence is very harmful to his case, he will blame you. “You ain’t workin’ fo’ me.” “It like you workin’ with da State.” Every public defender hears this. The more you try to explain the evidence to a black man, the angrier he gets. It is my firm belief many black are unable to discuss the evidence against them rationally because they cannot view things from the perspective of others. They simply cannot understand how the facts in the case will appear to a jury.

There's quite a bit more along those lines, including an analysis of the pros and cons of testimony by someone like Jenteal Rachel and the spirituality and religion of black women.  Overall, the result of these experiences has changed this lawyer.  He says he started out believing "that blacks are law abiding, intelligent, family-oriented people, but are so poor they must turn to crime to survive." He ends up saying " my experience has also taught me that blacks are different by almost any measure to all other people. They cannot reason as well. They cannot communicate as well. They cannot control their impulses as well. They are a threat to all who cross their paths, black and non-black alike."
Some would find this comforting confirmation of their worldview.  Told ya they was all like that.  Its easy to find something to support negative views of humanity because all too often humans are awful.
Now this is not an unusual response.  Many people who deal with awful folks day in and day out get a pretty low view of humanity, and if those people are a certain slice of humanity, they turn against that slice.  Blacks who had to deal with bigoted, hateful idiot whites get to where they figure all white folks are that way.  If this Public Defender had to deal with Appalachian poor whites in the meth and prostitution trade, he'd likely have a very dim view of whites, particularly if he was, say, Asian.
The truth is, blacks in the inner city are for the most part in an awful place, and a lot of it is self perpetuating.  Attempts to help them are attacked as racist, or "being too white" or "gentrifying" so poor folks can't live in the neighborhood any more, or destroying their culture, and so on.
It seems to me that the reasons they are in this condition can be narrowed down to this:
And if you look around, you can see its not only blacks that have bought into this.  There are plenty of poor whites who blame others for all their problems. Its the government, its the Jews (??), its rich white folks, its always someone else.  And often it is someone else abusing and using them, but not always, and almost never exclusively - its a team effort.
But I'll tell you what's not the cause of these problems: something genetically innate about blacks.  That's the conclusion this Public Defender seems to have reached, and he's wrong.  He only deals with inner city criminals, so yes, he is finding out that inner city criminals are scum.  Big surprise.  But in that same area are hard working families that make it out of the mess, that start businesses, that move away from the culture and the problems.
And around the nation of America, most blacks are middle class.  Yes, I know that sounds crazy, because we've been told for 20+ years that "Cliff Huxable don't live around here" and nearly every depiction of blacks in popular media is poor (or the nerdy white-sounding blacks who learn to get soul and sound more like inner city kids to become authentic).
But its true, most blacks are either rich or middle class and the minority are poor.  A lot of people live in the inner city, but a lot more don't.  Overall, according to Census data, 48% of blacks in America are middle class, and 10% are considered "wealthy" ($200,000 a year or more in income).  That means the slice of people that this PD is dealing with is a minority, a small portion of the black population.  And of that population, only a portion are the kind of people he describes.
The problem is our culture sells folks a double bill of nonsense, saying x group is responsible for all your woes so you need our help and at the same time saying if only you got to college you'd be fine.  College won't solve anyone's problems until they change their worldview and attitude.  You can't make it far in most colleges if you refuse to learn out of concern you're "turning white" and if you do find a college that lets you do that, its giving you a horrendous education.
The truth is, these days, you're almost always better off without a college education, given its dubious quality and extreme expense.  And you're responsible for your own life, no matter what anyone else is doing.
We have a culture where white kids are told they are a wonderful glowing rainbow snowflake of special gleaming unique glory, and black kids are told they are being held back by everything and everyone and the world owes them everything.  And in the end everyone suffers for it.
Posted by Christopher R Taylor at 10:47 AM

Actually, to me, the behavior described by the PD sounds rather feminine. Since most of these young thugs have no idea who their fathers are and are basically state-raised Momma's boys, they probably tend to reflect their mothers' attitudes and actions. The only males they know are peers of roughly the same age with the occasional big brother or uncle thrown in. They do not have any idea of how to show appropriate respect.

You're right. It's culture not genetics.