"It’s not creative and arty if it makes us laugh" 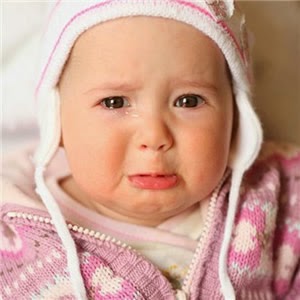 Every so often you'll see articles on unfortunate celebrity baby names, such as Spec Wildhorse and Jermajesty Jackson.  You can find lists of these bizarre choices, the most recently sad being "North West," the offspring of Kanye West.  If you're going to name your kids things like Tabooger, Zuma, and Reignbeau maybe you should not be allowed to have children to begin with.
But its not just celebrities that do this to their kids.  Parents throw names at their helpless newly born child such as Wysdom, GS3 (god's soldier cubed), Priti, Standrew, Abcde (abs-dee), Dorca, and Le-a (ledasha, get it?).  These children have to grow up with this burden and face over a decade of abuse from fellow schoolkids at a time when everyone is supposedly worried about bullying.
Hey, I've got an idea, if you don't want your kid bullied, maybe you shouldn't name them something like Optimus or Typhoid. Its like people have no memory of what it was like to be a kid - or somehow believe well meaning and "zero tolerance" changes human nature.
This is a problem I've had for a long time with parents.  I understand that for many, naming your kid is a wonderful opportunity to show creativity and individuality.  And I get that people want their child to stand out and be a special rainbow-colored snowflake.
But too many of these names seem to be something a girl came up with when she was 13 years old and clung to the next 5 years then christened her child that wonderful name.  Its what I called my Little Pony I invented and drew in Manga style!  Its soooo adorable to have LaMiracle as a name!  She's my miracle, get it?
First off, a baby might seem wonderful but its not a miracle, by definition.  Miracles are supernatural, extremely rare instances of divine intervention, and a baby being born is utterly natural, not rare in any way, and quite mundane.
Second of all, that's a dumb name.  And worse, its heritage-destroying.
Stop throwing things at the screen and bear with me a moment, let me make my case.
Part of what keeps a culture and a people consistent and coherent over time is an admiration and respect for the past.  This can be taken too far, with the past becoming worshiped or revered, but a simple recognition of those who came before and the good they did is a major part of a continuing, healthy culture.
One way of doing this is with commemorations, parades, and historical recollection.  Its why days like Memorial Day and Independence Day exist.  We recall past events and are proud of them and what they meant, and still mean.
Another way is to name your children.  I brought this up and defensive, angry parents snapped things like "Ooh, so I should name my kid things like (furiously Googling up obscure, weird Puritan name) then huh??  Huh??"  And then the girl named Naemdh gets upset and thinks I'm picking on her.
I don't mean "you have to name kids stuff that sounds American like Jane and John."  Because mostly, that sounds British.  I don't mean white people names.
What I mean is pick names from your ancestors.  Don't invent something totally new and wierd for the sake of being different and creative - that's basically punishment for your kids.  Ask Moon Unit and Fifi Trixibelle some time about that.
Pick something your parents, grandparents, uncles, someone from your past had.  Look to what your family has had as names, and go with that.  Keep your names something family because you're part of something bigger than you and your spouse.  You don't exist in a vacuum, you aren't a singular unit shut off from the world.
Be a part of your family, be part of tradition and heritage, be part of your past.  There is a very large body of names to pull from there and if you do so, you're carrying on the rich ancestry your child is the latest part of.
Stop treating children like a character in your video game or a painting.  They are a human being that represents more than just a chance for you to get cute.  Alcamy might have seemed like a great name for a girl when you came up with it in junior high, but you're an adult now and you have to show some responsibility.
That child lives and bears that name as long as they live.  They are bearing that name as a representative of not just you, but your family and your ancestors.  They are part of a continuing story, a history, not just your little project.  Show some respect not just to the child - although that is very important - but to your past as well.
You might think calling your little boy "Messiah" is clever, but it really is not.  Its at best disrespectful to a huge body of believers around the world, and its demeaning to your past.  Live your life as if you are more than here and now and your ego.  Grow up when you name your child.  This isn't something you enjoy a while and throw away like a stuffed animal or a character on World of Warcraft.
You're not being artistic or creative.  You're being a jerk.  This is a human being.  Name them carefully.

*UPDATE: A list of the names of babies in popularity, shifting year to year.  Noah has supplanted Joshua as a popular name for baby boys.  But look them over.  Everleigh?  Jayceon?  Daleyza?  Are you people serious?
Posted by Christopher R Taylor at 10:51 AM

Should I ever have a child, and it is male, his name will be Moss after our great grandfather Moss Howard (it's a shortening of Moses).

Two of my three were repeats of ancestors. The third was a composite of two ancestors. We are traditional Western Civilization type folks wherein we all have the same last name; imagine that something hyphen something else.