A couple of stories lately have caught my attention for a few reasons and I thought I'd pass them along.  The first is from once-prestigious Dartmouth College, where a group of students took over the president's office and made their demands known.  The Wall Street Journal reports:

The demonstrators had a 72-point manifesto instructing the college to establish pre-set racial admission quotas and a mandatory ethnic studies curriculum for all students. Their other inspirations are for more "womyn or people of color" faculty; covering sex change operations on the college health plan ("we demand body and gender self-determination"); censoring the library catalog for offensive terms; and installing "gender-neutral bathrooms" in every campus facility, specifically including sports locker rooms.

Mr. Hanlon left after an hour and told the little tyrants that he welcomed a "conversation" about their ultimatums. They responded in a statement that conversations—to be clear, talking—will lead to "further physical and emotional violence enacted against us by the racist, classist, sexist, heterosexist, transphobic, xenophobic, and ableist structures at Dartmouth." They added: "Our bodies are already on the line, in danger, and under attack."

Upon being told that they were being threatening for claiming they would take "physical action" if their demands were denied, they burst into tears and insisted no threat was meant by this statement.
Crazy stuff, huh?  The other story is this one about animals. You know those petting zoos and donkey rides?  I remember we got one of those retired donkeys, so old he couldn't do the riding circuit any longer.  He was the most gentle, pleasant, and kind creatures I've ever known.  It was just such a pleasant creature and he didn't act abused or traumatized at all.  David Mark Simpson writes in the Santa Monica Daily Press:

Winograd said that forcing the ponies to walk in circles for hours is made worse by the fact that children are encouraged to participate.

Her MoveOn.org petition has since garnered 239 signatures.

She's trying to get these shows and riding businesses banned for their cruelty to animals.  Crazy stuff, huh?
Here's what I'm trying to get at, in a circular sort of way: yes, it is crazy.  As in, not "wow that's silly!" but actually certifiable insanity.  See, we use "crazy" a lot of ways, usually to mean just something difficult to explain, irrational, or bizarre.  But sometimes it means actual get-the-straight-jacket mental damage.
There was a time when someone who would come up and demand you stop eating cheese because it hurts cows would be shuffled off politely and helped to get the assistance they so clearly need.  There was a time when someone would make demented demands and threaten violence, they would be treated like the unhinged loony they so clearly are.
There's more and more of these crazies out there, and they're give the full benefit of the doubt, treated seriously, and even heeded.  Their demented theories and incomprehensible chain of argument is treated with validity and sometimes even given in to.
As David Thompson points out, the number of examples piles up until you give up trying to list them all.


To list every recent and vivid example of this phenomenon would take forever, but a couple should illustrate the mindset. In March 2009, the writer Don Feder tried to engage students at the University of Massachusetts in a discussion of free speech versus so-called “hate speech.” Within 20 seconds, Feder had been shouted down, called a racist and assailed with epithets about his daughter. Despite his repeated calls for civility, Feder wasn’t allowed to speak for longer than three minutes without deafening interruption or further personal abuse - from people who want to show the world just how much they care.

The following month at UNC Chapel Hill, retired congressman Tom Tancredo tried to begin a discussion on the subject of illegal immigration. Students refused to let him speak for more than a few seconds. Collective hissing gave way to banging on the walls and windows, and chants of “No hate speech!” The university’s geography professor Altha Cravey - whose interests include “critical thinking,” “gender, race and class,” and “progressive social change” - saw fit to add her own voice to the chanting, thus signalling her approval of the students’ escalating vehemence.

uitably encouraged and determined to express their disapproval of what might at some point be said, protesting students began to physically harass Tancredo, holding a banner up against his face, preventing him from speaking at all, while others chanted, “Yes, racists, we will fight, we know where you sleep at night!” (The grounds for calling Tancredo racist were not made clear, though the term was chanted continually, as if repeating the accusation were morally sufficient. One student filmed the growing disruption with a phone camera, only to be obstructed by an indignant young woman who warned him, “You don’t take pictures of racists.”).

This isn't something that builds up once in a while, it happens just about daily, somewhere in America.  And it isn't brushed aside as "boy I hope those people get psychiatric help" but instead is treated seriously, and concern is stated about those young people's demands.
Dartmouth college sent power strips to the occupied President's Office so that the students could finish their homework.  They ordered pizza and the college allowed it to be delivered.  The proper response is to say "you're insane" and call security to escort the students out of the office, and then nail them with suspension for disrupting the college and threatening the faculty.
Why doesn't this happen?  Well among the many reasons is that the faculty is largely made up of people who did this kind of thing in the past, so they are sympathetic to the cause and feel like they can't condemn the actions they once took.  Another reason is that a college professor (named Russell Rickford, who calls Dartmouth "White Supremacy U" - yet still takes his paycheck and works there) is behind the sit in and is the rabble rouser who gets these wretches all stirred up.
But one of the biggest reasons is explained in the Wall Street Journal article linked above:


These downtrodden souls also have powerful allies—namely, the U.S. government. Since 2011, the Education Department has used enforcement discretion to expand the legal scope of Title IX (on sex discrimination) and the Clery Act (on campus crime). The civil-rights shop encourages activists to file legal complaints and threatens to withhold federal funding unless schools acquiesce. Dartmouth has been a target of this method for two years, but there are cases against Yale, Stanford, Berkeley, Occidental and others.

For years now, the Obama administration, through the EPA, Justice Department, and so on, has been actively not just encouraging, but assisting radical extremists in their agenda, even encouraging lawsuits against themselves to create court cases, precedent, and an excuse to take action they otherwise might not be able to.  We had to pay them hundreds of thousands of dollars, they sued us!
The pony riding case is a classic urbanite clueless about animals freaking out because she can't imagine a pony being different than herself.  They have to walk in circles for hours!  The horror!  I would go crazy!  Its slavery, the ponies must be set free where they would.... walk for hours, over rough ground, avoiding snakes and mountain lions, searching for food!
It doesn't occur to this crank that the animals don't mind this at all, and if they did, they would express their displeasure and make it clear they are unhappy.  I know that's difficult to imagine, but animals do actually let you know when they are not pleased with something and its impossible to miss. 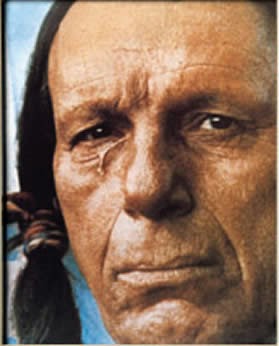 And she thinks petting zoos are horrible abuse as well.  Those poor animals getting safety, affection, and food!  Why the medical care alone is cruel enslavement!  They should be in the wild fending for themselves with parasites and freezing weather to contend with as Gaia intended!  If that rabbit isn't in danger of being eaten by a coyote, you make that Indian from the pollution ad weep.
Its possible this woman is just incredibly ignorant or stupid instead of insane, but she's certainly acting insane.  Its one thing to be so clueless about animals you think these events are brutality, but its another to print up signs and go sit at them protesting them as "animal abuse" every day.
The insanity goes on.  Recently at the Huffington Post, someone wrote a long article all about how white people using arts and music from minorities is cruel theft, a rape of their ethnic identity.  Cultural Appropriation he calls it, the evil act of when you learn from a culture and embrace their arts.  This isn't some fascinating concept or alternate system of ideas, its freaking insane.  You're not a deep thinker, you're a lunatic.
At some point, I'd like to believe our culture would stop a moment then say "you know what, you're crazy and I'm not giving you any  more attention, time, or money."  You can beleive and say whatever you want, but nobody is going to give you the time of day any longer.  Go mumble into your starbucks cup in a corner, loon.
But I know better.  The world is crazed, and this kind of thing is only going to get worse.  You can see what they're thinking.  In 2004, the left got utterly demolished after pushing homosexual "marriage" down the throats of a country that wanted no part of it.  It was a crazy idea, two men marrying.  Why not have a cat and a kitchen table have a ceremony and declare them married?
The response of the left wasn't "wow, we better back off" it was "FULL STEAM AHEAD!!!"  Now people think you hate everyone if you disagree wit this concept.  They're destroying careers over this topic.
It works, in a culture trained to be sensitive first, to be passive and not offend first.  In a world of super polite wimps, the one who is brutal and unapologetic wins.  The meanest, toughest guy always wins, and in modern civilization its not brute strength but force of will and refusal to back down no matter how idiotic or crazy you sound that makes you the tough guy.
Where does it end?  9/11 gave us a glimpse.  Every major disaster does.  When things go so horribly wrong we're forced to stop and see the world clearly again, putting on our They Live sunglasses so we see what's really going on once more, that's when the crazy recedes.  Sure, it comes back - even stronger than before - if the disaster goes away, or fades in our memories, but when that kind of thing takes place, it pushes away the frivolous, the stupid, the weak, and the crazy and brings the rock solid truth and reality.  It takes an act of God, really, to get through to modern man.
Posted by Christopher R Taylor at 10:23 AM

They truly are loony.... and some of these loonies are running the world now. What worries me, and it will happen, is that eventually protesting and "getting in their face" will not be enough. These loonies will do anything because they believe they are "saving the world"!

So do all these who oppose animal abuse and want us all to go vegan allow flies into their homes? and Mice as well do they allow bugs to bite that and mosquites as well do they eat veggies from where bug are poisoned and use wood related products and protest logging while sitting on plywood platforms and take part in the Useful idiots Climate march or paddled a plastic kayak in the seattle harbor againsta Shell Oil Rig then climed back into you fossil fuel powered car to return to your home with Fossil fuel to heat it when winter comes