Its been a strange week in the news.  From Bundy vs the BLM to Ukranian Jews, all sorts of oddities have taken place.  The US House of Representatives is voting on whether to withhold salary pay from those found in contempt of congress, which would affect current US Attorney General Eric Holder.
The Bundy Nevada ranch stand off was odd.  Living in the western US, I'm well aware of how much land (over half of it) the federal government owns and in some states like Nevada, barely any of it is private land.  The origin of this was basically extortion; if a territory like Nevada wanted to become a state, they had to let the feds declare big sections of it theirs (because of all the mineral resources, apparently).
And as time has gone on, the federal government has grabbed more and more land.  Some is for national parks, some is for wildlife preservation, some is for military use, and so on.  Now, much of Nevada is virtually uninhabitable, but some of it is pretty valuable land, such as the grazing property that Bundy was using.
And being desert, water rights are very important as well.  And apparently the area was being considered for a solar energy farm by some investors, including big donors to Senate Majority Leader Reid (D-NV).  The whole thing was an ugly mess, and its not over yet.  The BLM has sort of backed down, but in all this you have to ask a few questions:
Why does the BLM have guys with rifles and mechanized infantry?  The whole militarization of the federal government is disturbing.  These guys don't swear allegiance to the US Constitution, they don't come from a culture of patriotism like most military volunteers do.  They aren't barred by US law from being active on American soil.  Its like an end run around the military by the executive department, who apparently wants its own private army it can use against Americans.
And how is it that this Nevada desert turtle is so suddenly endangered after nearly 200 years of coexisting with cattle?  According to biologists I've read, they interact quite well.
Meanwhile, fliers were distributed in Ukraine to Jews, requiring them to pay a 50 dollar fee and register with the government.  This struck me as both unlikely and plausible at the same time.  Remember the play and film Fiddler on the Roof?  One of my favorite musicals, its set during a pogrom against Jews in Ukraine.  That happened more than a few times, even as recently as under Stalin.
Yet at the same time, it struck me as very unlikely that any government would be that bold and obvious, and I questioned how the US State Department got a copy of one of these so fast.  Now the government of the area in Ukraine is claiming the logo is theirs but they didn't print or distribute these.
And honestly, this does strike me as a pretty typical KGB psyops campaign to discredit a government and make the population fear and dislike them.  So the Russians might have done it to destabilize the area and weaken the government.  Who knows, I guess we'll wait and see.
A strange bit of news was this one: New York Times columnist Paul Krugman makes six figures a year at his job.  He owns a mansion as well as several other properties, and is worth $2.5 million dollars.  He just got a job as a lecturer at CUNY for $25,000 a month to give lectures on - I'm not making this up - income inequality.  Now, if you've read any of his columns you know that Krugman is a leftist Keynesian economist and he'll say rich people are bad and stealing from the poor... while collecting his $250,000 a year paycheck to say so.
And students wonder why college costs so much.
And then there's the Census.  President Obama directed the Census department to change their reporting.  Why does this matter?  I'll let Megan McArdle explain:


For several months now, whenever the topic of enrollment in the Affordable Care Act came up, I’ve been saying that it was too soon to tell its ultimate effects. We don’t know how many people have paid for their new insurance policies, or how many of those who bought policies were previously uninsured. For that, I said, we will have to wait for Census Bureau data, which offer the best assessment of the insurance status of the whole population. Other surveys are available, but the samples are smaller, so they’re not as good; the census is the gold standard. Unfortunately, as I invariably noted, these data won’t be available until 2015.

I stand corrected: These data won’t be available at all. Ever.

No, I’m not kidding. I wish I was. The New York Times reports that the Barack Obama administration has changed the survey so that we cannot directly compare the numbers on the uninsured over time.

There's only one reason the federal government wants to keep this data from the eyes of economists and pundits: its awful and makes them look stupid.  Its also why the Obama administration has not yet and has no plans to ever release the number of people who actually have signed up to the ACA.
And of course, there's that jet that disappeared.  Remember the plane?  The one that everyone was talking about and was CNN's broadcast day for about 30 days in a row?  Flight 370?  The coverage has disappeared, too.  Its sort of funny in a way how suddenly and totally everyone just dropped it.  It was the main topic on news, blogs, and social media, now nothing.  The problem is the black box flight recorded stops sending out a distress signal after a month, so they have nothing to home in on.
But something curious I liked that someone brought up (I cannot recall who): remember Ted Danson and the rest going on about how polluted and trashed the ocean is?  How totally full of debris it is, how there's a Hawaii-sized island of trash from cruise ships floating around?
Yeah, they didn't really see that out there, did they?  They had a hard time finding any significant debris, let alone some big enough to be plane-like.  Just something to consider.
And in my work, I finished and published a Fantasy Hero module called The Lost Castle.  Its an adventure for fantasy gaming, particularly Hero Games stuff.  I got official licensing from Hero Games and its the "featured product" on their official website store.  It will be on Amazon etc as a download and purchase soon as well.
The next project for me is a reboot of The Fantasy Codex.  This was a 2 volume set for the previous edition of Hero, and its taken a while to rebuild the thing for the new edition.  I've streamlined it, cut out repetition, and its bundled into one, slightly fatter, volume now.  I've run into a bit of a snag, though.  I lost a computer and all its data, and the bad part is the backups I had off it aren't complete.  To make matters worse, the cover to The Fantasy Codex, vol 2 looks like this: 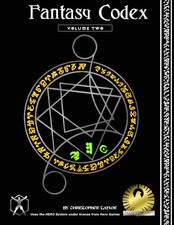 The problem is, I don't have that original art anywhere.  I thought I did, but it was just a copy of the first volume's cover.  And that's quite frustrating.  All I have is this little postage stamp sized copy.
So now I have to rebuild it, from this basic drawing my architectural designer and clock maker brother Jonathan did for me: 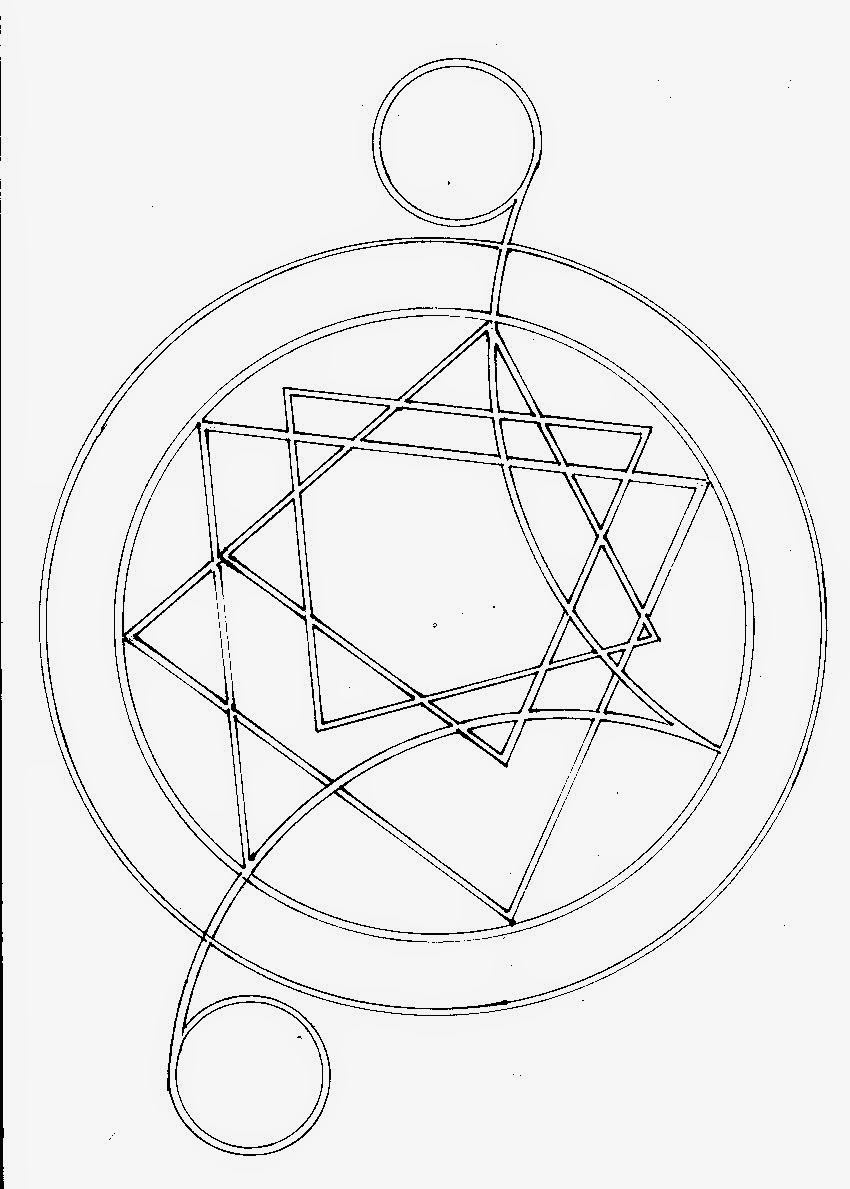 So this will take a bit of work with the free image manipulation program GIMP to get it looking like I want, again.  Its just a piece of internal art, but its a big full page piece, so I can't use manipulate the little image and use it.
*UPDATE: Here's what the final image looks like: 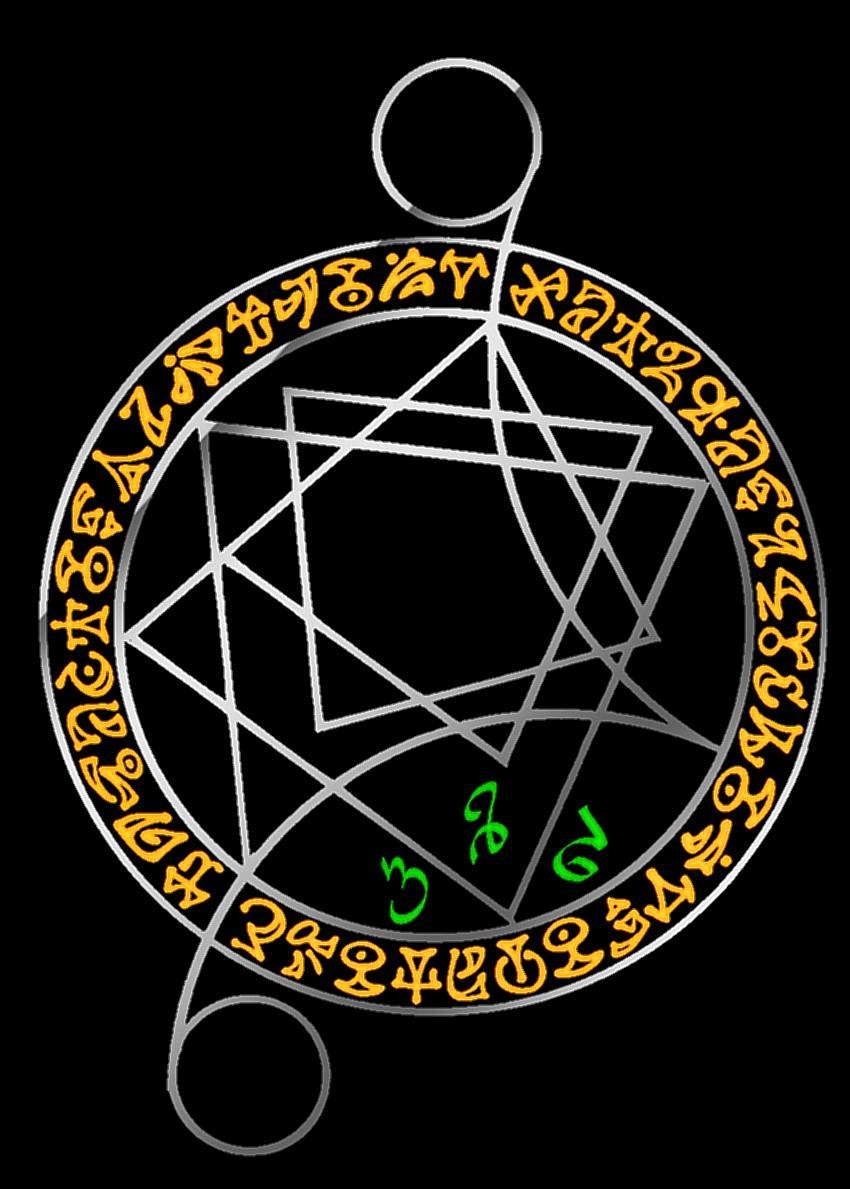 I have a lot of stuff in the pipes for Fantasy Hero, and I've been getting a lot done while I wait for Life Unworthy to get back to me from my editor.  He's been very busy and as he does it on spec (I want to pay him, but can't yet) so I can wait.  But until I get it back I'm leaving it on a shelf because I want to see it with fresher eyes when I get it to edit.  As I wrote earlier, this one really has me nervous.
So I hope you have a blessed Easter and enjoy the extra time off.  Spend it with family and maybe consider how two thousand years ago, someone lived a perfect life and died the death our sins deserve for us, so we can have salvation from our sins.  You know, if you can find time between eating chocolate and hunting for eggs.
Posted by Christopher R Taylor at 9:22 AM