KUNG FU GRIP ON THE ECONOMY

"Okay, pork belly prices have been dropping all morning, which means that everybody is waiting for it to hit rock bottom, so they can buy low. Which means that the people who own the pork belly contracts are saying, 'Hey, we're losing all our damn money, and Christmas is around the corner, and I ain't gonna have no money to buy my son the G.I. Joe with the kung-fu grip!'"
-Trading Places 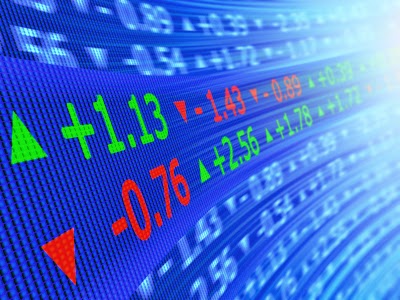 There was a time when investing in the stock market was a good idea.  It provides consistently greater returns than most other investments, it gives far better interest and payoffs than bank savings, and is reasonably stable.  Even if there's a big dip, within a few years you can rely on the markets climbing back up to where they were; you just have to be patient.
However, everything has changed and I think its a bad place to put your money now.  If you already have investments, that's probably fine, but I wouldn't get into it with your money now.  There are several reasons why but first I want to look at what the market is doing right now.
At the present, the stock market values are at record levels, its just skyrocketed.  For a while that puzzled me, because the stock market used to be an economic predictor and reactor: that is, what the market did, the economy either was about to do, or was doing.  So when things went horribly wrong, the stock market would show that, often in advance.
The economy is awful, there's just no way around that.  Unemployment, real unemployment,  is still double digits and inflation continues at a clip of around 8% or more, if you include food and energy prices.  Job participation rate - the number of Americans actually working - is low as when Jimmy Carter was president.  In other words, we're in awful shape.
So why is the stock market roaring along?  The main reason is "Quantitative Easing" or QE.  This basically is the federal reserve printing money for the very richest people to play with.  QE makes more money available for loans at lower interest rates so that people can use it to invest.  It has no effect on you and me unless those people invest in hiring and expansion of business.  But in this economy and with the uncertainty of the future with the ACA ("Obamacare") looming over all business, hiring and expansion is the last thing on most businesses' minds.
But with that cheap money out there to play with, investment is a great scheme.  Basically QE has flooded the nation with super cheap loans that only the very richest can really take advantage of, and they are doing so not in ways that create jobs or boost the economy, but in ways that make them rich.
That's why the richest people in America are getting richer while the rest of the country suffers.  Because QE gives them a playground.  Now some of that naturally trickles down in the form of consumption; those rich people spend their money and buy things with all that cash.  But the impact of that is very local, because they're only spending that money where they live and in specialized, expensive places like hot vacation spots.
So overall, its not helping the economy at all for these wealthy folks to make a lot of money.  But its boosting the stock market like crazy: because they can use money that isn't theirs to invest with in the market, getting back greater returns than the cost of the loans.
And there's another factor that's driving this spike, related to QE in some ways, its something I've wondered for a while why it wasn't happening yet.
Computers are, as we know, very fast.  A good modern computer can do hundreds of millions of calculations per second, and that's why such impressive graphics can look so smooth in modern games.  The Stock Market has started to take advantage of this fact.  Michael Lewis recently explained in his book Flash Boys how that works. CBS has an interview:

The insiders are able to move faster than you, they're able to see your order and play it against other orders in ways you don't understand.  They're able to front run your order.  They're able to identify your desire to buy shares in Microsoft and buy 'em in front of you and sell 'em back to you at a higher price.  It all happens in infinitesimally small periods of time.  The speed advantage that the faster traders have is milliseconds, sometimes fractions of milliseconds, but it's enough for them to identify what you're gonna do and do it before you do it at your expense.  That drives the price up, and in turn you pay a higher prices.

What's going on is that these programs are able to buy and sell so fast the market can't keep up; so fast that nothing reports those changes in time to react to them.  So when you see a stock and say "well I want to buy that" then a program notices your purchase attempt, buys the stock, then sells it to you.  How can this work?  Well when you buy stocks, the websites etc cannot keep up with exactly the precise price of a stock in real time - especially competing with computer programs - so they give you the latest info when you query, and when you buy, that will have probably changed some.  The final price when your transaction goes through might, and probably will, be different than the quoted one.  There's just no way around that.
So these microtraders use computer programs that trade so fast that they can get in there even as you're trying to make your purchase, upping the price and taking advantage of your interest even as you state it.  And that drives the price up, up, up.
These high frequency traders are making incredible amounts of money off tiny transactions with these programs, by doing huge numbers of buys and sells in a day of little amounts.  That adds up rapidly to a significant amount of cash, every day, at the expense of the day trader or casual investor..
So the stock market no longer is even remotely attached to the real economy, its not even attached to business so much any more.  Its not a system of helping businesses find cash to make investments with (it used to be more like crowdfunding sites such as Kickstarter), but instead it has become its own market and economy, separate from the rest of the economy.
So in other words, if you invest in the stock market, you're prey to these investors, you're the mark.  You aren't helping a business out so much as helping these guys get rich off you.  You aren't investing your money wisely to get paid so much as paying other people.
And this cannot continue forever.  Frankly I'm amazed this entire juggling act of the Fed hiding money, QE floods, and printing cash without the slightest backing has continued as long as it has.  And when the end of the music comes you can damn well be sure its not going to be those richest guys who are left without a chair.  Its going to be you.
Posted by Christopher R Taylor at 9:28 AM

Stocks are still somewhat related to performance of companies. Part of the reason stocks have been doing so well is that even while US unemployment has been abysmal, a lot of big companies have been very profitable, even outside the influence of the government's QE.

Some of the small oil companies who were the inventors and innovators in fracking and horizontal drilling technologies have quadrupled their profits over the last few years... anyone who saw that coming and invested in those companies early has reaped huge rewards. You didn't have to be mega rich to be part of that.

Is the stock market headed for a huge bust? Undoubtedly. It always is, that's part of the ugly underbelly of capitalism.

Will the bust be made worse by the things you talk about? Absolutely. That's part of the ugly underbelly of socialism.

The thing that concerns me most is the spending demographics involved with an aging US population. The huge Baby Boomer market has aged past their peak spending years, and as they hit retirement they will be tightening their collective belt considerably, and even if employment numbers improve considerably there isn't enough population behind them to drive the US Consumer Economy the way it's been going. Japan ran into this problem in the 90's and has never really recovered from it.

Even still, the stock market might be a a good hedge against this phenomenon, as that's one of the few places where a regular US Investor might profit from US Companies focus more and more business on emerging markets outside of the USA.

The oil boom in America definitely has been a factor; in fact I'd say that it has been what has in large part staved off the collapse so far. But I still think the Stock Market is a bad investment.

Own stock for the long run. Neither you nor I stand a prayer against the pros if we play their game. You're probably right that speedsters skin every transaction for a few cents. So what. Buy good stock, either growth or income; whatever floats your boat, and hold it. You maximize your return by making few prudent trades and instead rely on the growth of the world economy. Mutual funds put a pro on your side and some of them are pretty good. If you're certain it will go bust, buy silver and hold it in your hand. If you're already own stocks, keep them.