"I would not want such a burden to carry." 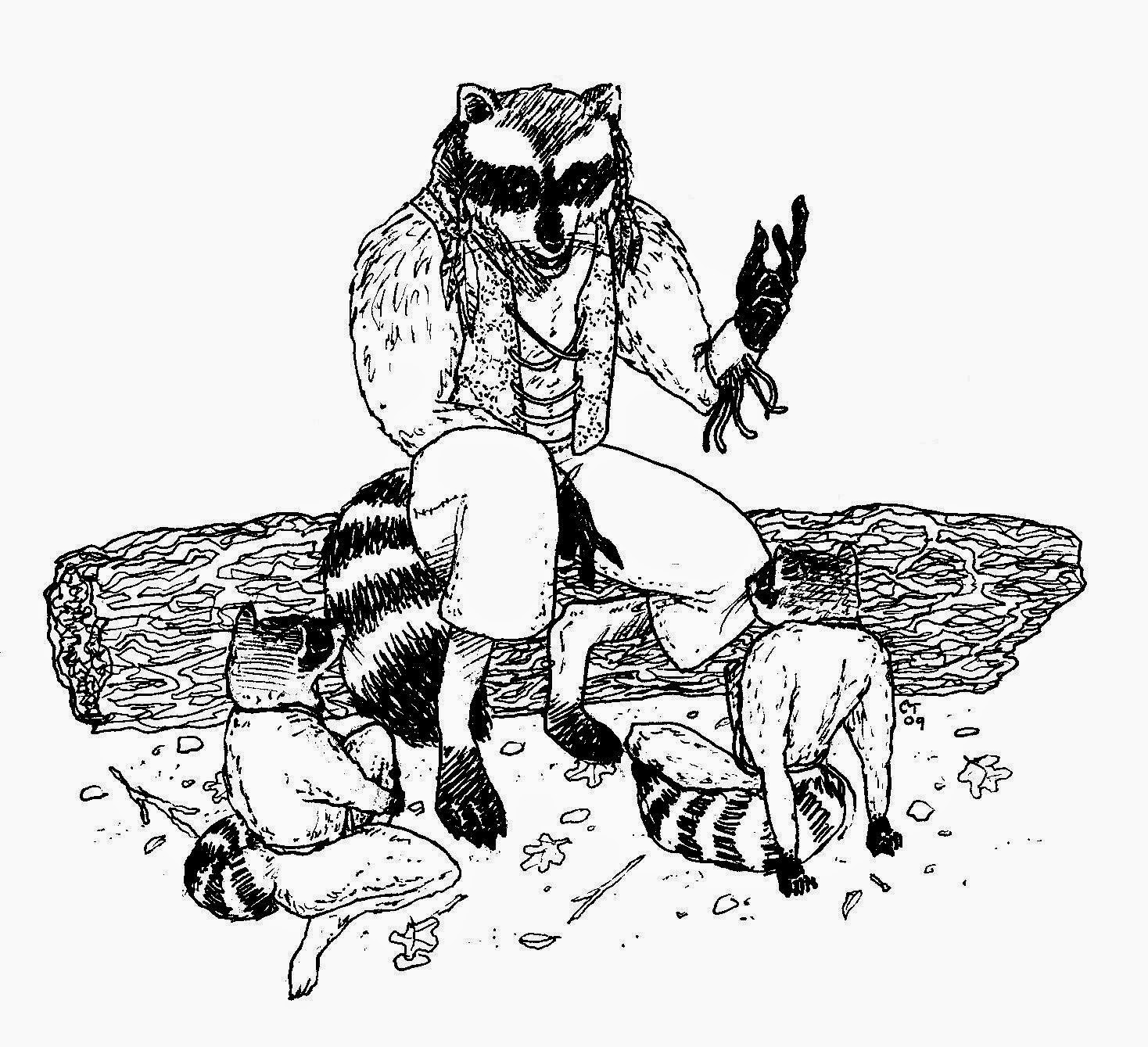 There's a sequence in my book Snowberry's Veil that I've thought about quite a bit over the years because of what it says about readers and authors.  The scene is in the forest where Erkenbrand judges then executes a bandit, leaving him dead for the animals.  When I wrote it, I had something in mind, and I expanded on that concept beyond what I had originally conceived of.
But what I had in mind and what at least one reader got from it was pretty different.  Here's an excerpt of the scene:

When Huck, sometime commenter here, read the book, he reviewed it quite positively, but had this concern:

The one section of the book that I thought was very out of place was the scene where Erkenbrand and one of the Raccoon beastmen have a kind of philosophical discussion about the necessity and morality of capital punishment. If I were Taylor, I would have simply let the story itself be the defense of the necessity of capital punishment, instead of having the characters engage in a dialogue that was inconsistent with any of the other interactions the characters had.

Huck might have a point about the inconsistency of dialogue, which is worth pondering, but he didn't catch what I was trying to toss out there. The scene is kind of a shock based on the previous actions by Erkenbrand who I tried to portray as a pretty gentle, sensitive guy, if a bit rough around the edges.  Here he just offs a guy in cold blood.
And I thought about how that would look to his beastman companion who, after all, was part of a tribe that was essentially holding Erkenbrand on probation.  Further, I wanted to expand a bit on what a Ranger is in my world, since I'd established Erkenbrand and his abilities enough that I could get into another aspect of his life and work.  And Rangers are not just forest warriors, they are actually a branch of the royal military, acting as scouts and explorers, charting the wilderness, cataloging species and plants, clearing areas of threats, and when necessary, agents of justice.
In our world we are comfortable with the idea of the go-to guy for law and justice, and its always a comfortable system.  Life hasn't always been like that, and it wasn't that long ago in parts of the USA even where the law was what you made of it where you were.
Part of the Ranger's job is to execute justice, and if he must, do so with lethal force.  In a monarchy in a lower tech fantasy setting, the death penalty is significantly more common than in ours.  Further, in these circumstances, Erkenbrand can't tie the bandit up and call the cops, or drive him to a jail.  He's several days travel from civilization on horseback (which he doesn't have).
So I was trying to show how Rangers worked, and what their duties were beyond just being some guy in the forest with a bow.  Politics and arguing capital punishment was the last thing on my mind.  I wasn't trying to argue for or against it.  My only concern was this was going to be jarring and shocking to many readers, who are comfortable with their world and not used to this kind of thing.  In this setting, this isn't particularly noteworthy to the people of Morien, but it could be to modern readers.
So I had Erkenbrand and Kaskala talk it over a bit, trying to show that Erkenbrand felt he had no choice but was awful about it, and Kaskala not really understanding but knowing that he could trust Erkenbrand's judgment.  Up to this point the beastmen have been, if not adversaries, not exactly allies either, and this was a bonding moment.
So to me it was a matter of character development and explaining the setting.  To Huck it was a treatise on capital punishment, an argument trying to justify or support it.  Which brings up a concern for writing.
What you're trying to do as an author doesn't always carry across well to readers, or at least not to all readers.  Some might have strong feelings on a given topic and respond poorly to it, perhaps missing what you're trying to do.  Sometimes what you try to do as an author fails, and you don't get across the concepts very effectively.
And that's just something you have to deal with.  Nobody ever has written a book that everyone loved and understood completely.  In fact, very few will really "get" your book the way you meant it.  Sometimes someone will understand completely, but its going to be rare.  The hardest part is when a reviewer misses your work entirely which can feel unfair.  So far nobody's review has particularly upset me, although sometimes they puzzle me (like the one that gave me 4 stars then spent the whole review complaining about first person).
Its just interesting to me the dynamic between readers and authors.  What you're trying to accomplish often will simply go unnoticed or be misunderstood.  But hey, as long as they're reading, that's good enough for me.
Posted by Christopher R Taylor at 1:11 PM