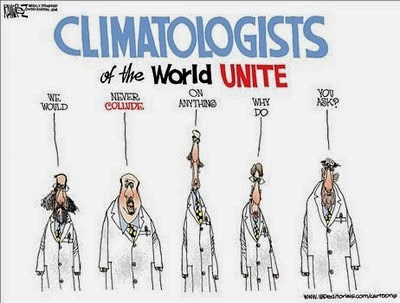 The Freedom of Information Act passed in 1966, the year after I was born.  Signed into law by a reluctant Lyndon Baines Johnson, it was a response to the increasing secrecy and untrustworthy nature of the federal government.
The principle behind the FOIA is that the federal government is subservient to the people of the United States and should, upon demand by the people, provide reasonable materials not critical to national security.  So you can demand the tax returns of a politician, but not the password to the CIA's secret files.  There are ten different categories to exempt information from the FOIA, which the government can reject a request under:
Other than this, the federal government is required, under the law, to reveal information requested by individual citizens, within a reasonable time period.  There are fees involved, which can be somewhat expensive, which make the process more difficult and are of questionable nature, but they are partly there to keep frivolous requests from bogging down agencies.
This system has been copied by many countries around the world and there are FOIA laws in place in states as well as at the federal government level.  Such a bill would almost certainly never be passed today, as it limits government power and makes it more accountable to the people.  Since the time when this bill was passed, the philosophy of government has shifted to more rulership over than subservience to the people.
One of the things that stood out in the Climaquiddick Emails were several mentions of how to get around FOIA requests, what to block from being released, and what should be destroyed so it cannot be released due to these sort of requests.  Because these scientists were working for federal government dollars, their research fell under FOIA requests.
Michael "Piltdown" Mann and others fought very, very hard to keep from having to show their work, which any other scientist in any other setting would be glad to show.  They considered efforts to force them to show how they came to their conclusions and what data their reports were based on to be offensive and wrong, and whined that their opponents would use it against them.
To this day, much of the material Mann, for example, used for his "hockey stick" graph is gone, and the Eastanglia research center claims it was destroyed; the old "eaten by my dog" ploy.
Recently, Michael Mann sued Mark Steyn when Steyn pointed out quite factually that Michael Mann at no point received a Nobel prize for anything.  Michael Mann claims he did, and the university he works at claims he did.  Mann sued Steyn for his statements, and several people noted when the news came out that this was a very stupid thing to do.
See, when a lawsuit or court case takes place, there's this process called "discovery" in which the court requires the people involved in the case to totally and freely release information related to the case.  Michael Mann really, really doesn't want some of his work to be released to the public, and especially not to Mark Steyn.  So either he didn't really think this through very carefully, or he figured Steyn would cave based on the costs of a lawsuit.  Which if so, he hasn't been paying much attention to recent events - Steyn among others fought and beat the tyrannical Canadian Human Rights Commission not that long ago.
The lawsuit follies continue, with Mann starting to show signs this was all a terrible, stupid mistake and things aren't going well for him.  As predicted, Steyn's legal team is using the discovery process to dig out all kinds of stuff Mann has been keeping from the public (again, very odd behavior for a scientist not working for a company).
And others are trying to dig out Mann's work using FOIA requests.  They have tried again and again, and Mann's lawyers have been very successful at blocking these requests.  So much so that people are starting to take note, because these efforts have very wide-reaching significance.As Greg Greico writes in the Times-Dispatch:

Skeptics of climate change have filed requests for Mann’s emails under the Virginia Freedom of Information Act. (Mann is an influential climatologist whose work has bolstered the case for man-made global warming.) So far, they have lost. And they have lost so badly that media organizations have sat up, taken notice — and filed a brief in the case.

The Virginia Supreme Court is weighing whether a professor’s emails are, as a Prince William County circuit court ruled, “proprietary” and therefore exempt from the state’s FOIA. The lower court ruled that proprietary records are those “owned or in possession of one who manages and controls them.” This has alarmed the media organizations, including the Reporters Committee for Freedom of the Press, the AP, the Newspaper Association of America, Reuters, Atlantic Media and several others.

What's going on here is that the judges are trying to decide the difference between personal materials and those pertinent to federally funded work, which is a tricky business.  Personal stuff that happens to be done while on the job paid for by the federal government is not federal business, and hence is not subject to FOIA requests.
But the judges here have defined this so broadly and unwisely that news organizations are alarmed.  Why?  Because this definition can apply to anything a university or college has.

The media groups note that the lower court’s ruling “literally writes into the exemption the very definition of a public record in Virginia. ... Under the lower court’s definition, no public university record would qualify for release under VFOIA because all university documents are presumably ‘things’ and would be ‘owned or in the possession of’ the university.”

If you're in the news or information business, this is not good at any level.  Further, it prevents people from digging into how public funds are being used by individuals who can just claim its "proprietary" and thumb their nose at the public.
Global warming alarmists saw how incredibly destructive the emails that were leaked under the Climaquiddick releases were to them.  Comments about destroying information, destroying enemies, using the peer review system to protect themselves and silence critics, and "hiding the decline" in temperature were devastating to their cause.  The mask was lifted, and people could see what an enormous scam this all was.
They don't want to have this happen, ever again.  So they're fighting hard to keep their work away from the prying eyes of people who are paying for it, demanding everyone just trust them despite past evidence that they're completely untrustworthy.
And because destroying emails relating to work government money pays for is a federal crime, they are hesitant to just wipe out their correspondence (although they admit having done so in the Climaquiddick emails).
So they're using lawyers and either sympathetic or not very bright judges to block any efforts to see their stuff, and in the process are creating precedent and legal basis for anyone to block FOIA requests.  This is much more broad and significant than just abuse of funds by global warming fanatics.
And the whole thing betrays a certain arrogance and condescension when it comes to power and the people of the United States.  You don't need this, you don't deserve this, shut up and do what you're told.  How dare you question us or require us to show our work!
These scientists are acting in this manner largely because their money is at stake.  I can't find how much Mann makes a year, but judging by his flying around the world and the cash he throws around for lawsuits and publicity, I suspect he does pretty well.  And, of course, the university loses money and esteem if their pet researchers are shown to be scammers and con men.  So they have a lot of reason to hide the research as well.
The government has always been very resistant to FOIA requests, because they just don't want to be bothered by the public and do not care to be accountable.  They've gotten more resistant as time has gone on and the imperial government philosophy has become more entrenched.  But universities and scientists following in the same path is a very bad thing.
These people want to be unaccountable, they want to do whatever they choose with the public's funds and then not be held to task for how they use it or what they use it on.  And that simply should not be allowed.
Posted by Christopher R Taylor at 9:22 AM

I agree with you regarding secretive government and the publicly funded (yes they are) Ivory Towers across the country. Universities aggressively pursue grant money to study anything, mostly because it is better than being unemployed.

The question is what can be done about it?

The most effective action would be to cut back on grants, even eliminate them. These are essentially welfare for the educated intellectually gifted.

Unfortunately, to do so one would have to have real budgetary discipline. If not dead, that item is in a deep coma.