"It’s hard enough to sell burgers, fries and drinks right. And when you start adding things, it gets worse"
-Rich Snyder 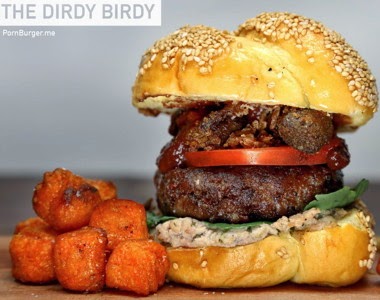 As I get older I find that fast food agrees with me less and less.  Some places like Taco Bell I can't eat anything on the menu without suffering later.  Others I can eat pretty much anything but get headaches and a grumbly tummy.
As a concept, I like fast food places.  Simple cheap food delivered quickly.  They're carefully controlled so you get the same product each time and its done with a ruthless efficiency.  I can fill up on less than 5 bucks at McDonald's whereas I can barely get a drink for that much in many restaurants.  That has an appeal in our economy.
But there's a problem with fast food joints.  They're all run by some big corporate board of stock holders and they have the same problem all these kind of businesses share.  They have to make more money and have a bigger market share every year or their leadership is declared an utter failure.  Making as much money as last year is failure, not doing well.  Having as big a market share year after year isn't admirable consistency, its disaster in the eyes of these boards.
So you get people pushing new products constantly.  Taco Bell is the worst of these, with a new bizarre invention every month it seems like.  The Sporrito! Its a taco, on its side, wrapped in tater tots! The Costada! Its a burrito, but with a Dorito flavored wrap and dipped in melted cheese-like substance! Just... stop.
I've never yet seen a Taco Bell without a line of cars in the drive through lane picking up food, its a constant procession of people buying gut bombs for cheap.  At what point does someone look at this business model and think "You know what's missing?  More stuff on our menu!"
Sure, every once in fifty years, someone comes up with the Chicken McNugget, a menu item that revolutionizes the industry and becomes a standard.  But for every one McNugget, you get 150 failures.  McDonald's has experimented with spaghetti and pizza for crying out loud.  Jack In The Box has a menu bigger than a billboard, and almost everything on it is terrible.  How can you make a taco taste so bad?
In And Out Burger has a different philosophy: no franchises, only open stores as long as they can be properly supplied and stay profitable, and keep the menu simple.  Nobody goes to a fast food burger joint hoping next time they'll have enchiladas and gyros.  Nobody goes to one of these places thinking "gee I should get something healthy."  Stick to what you do well and focus on that.
What's even worse than a Jack In The Box Taco, though are pretentious gourmet versions of comfort food.  Consider this monstrosity: The Stack
That's supposed to be a burger.  The site PornBurger has more of these abominations.  Get out of the kitchen, Francois, you're ruining the food.   I don't need your scamorza-and-penne version of macaroni and cheese. Some food is good because it is simple, basic, and not gussied up with all the latest trendy new haute cuisine versions.
I don't mind people being creative, I welcome new foods and flavors, and I'd like to try some of the amazing concoctions that chefs come up with.  But leave this stuff alone.  You haven't made a better burger you made a 60-dollar sandwich and claimed it was a burger.
Putting liver pâté and beeswax on a pizza doesn't show your creativity and skill in the kitchen, it shows you have way too much time on your hands and should be beaten with rolled up newspapers.  Stick to what you know, go reduce another sauce and create flavored foam on top of a crouton.  Do us all a favor and leave the basic stuff alone.
Posted by Christopher R Taylor at 12:22 PM

Don't go talking trash about Jack In The Box Tacos, man. Just don't do it.

You live in Oklahoma around real Mexicans, you should know better!

In no way do I consider Jack In The Box Tacos to be Mexican food. If I had a craving for Mexican food it would never occur to me to get one of their tacos. But when you need a fix of cheap, greasy, no frills fast food that can be purchased by the ton for pocket change... you just can't beat a sack full of those things.

All these monstrosity experimentations just remind me of stoners at 3am just mixing together whatever they can find.
Sounds like the same amount of thought went into it.