"Holding the view that Obama had when he was elected in 2008 is now hateful and bigoted."
The way people look at things and react today is just absurd.  I've commented on this a few times, and it always bears repeating. 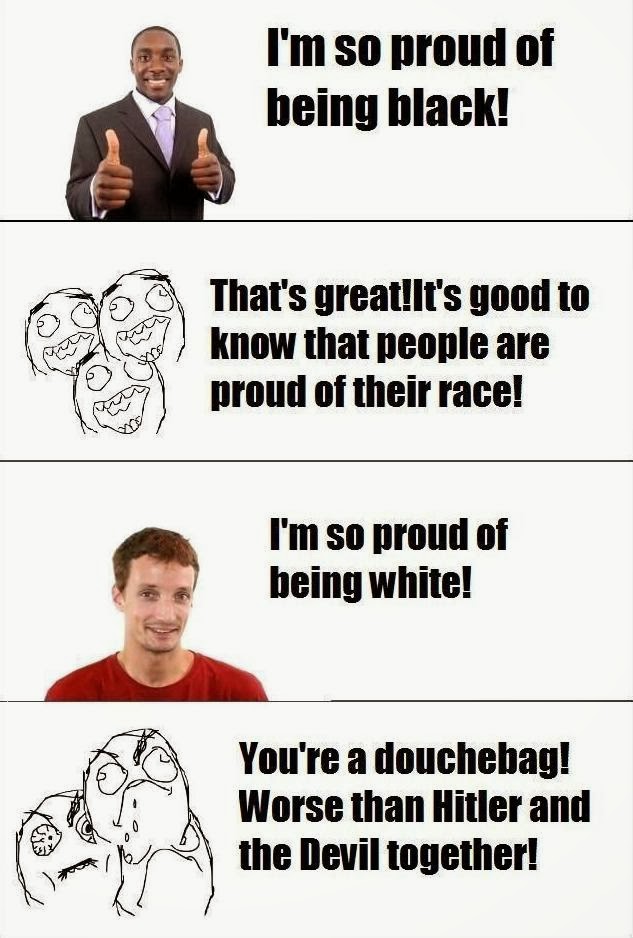 Black pride is always laudable and heroic. White pride is always horrific and racist.  Celebrating black culture is diverse and cool. Celebrating white culture is lame, pathetic, suspicious. Whiteness is portrayed as a sign of shame: he's so white. White influences and culture are thought of as at best dull and probably destructive, oppressive, and awful. 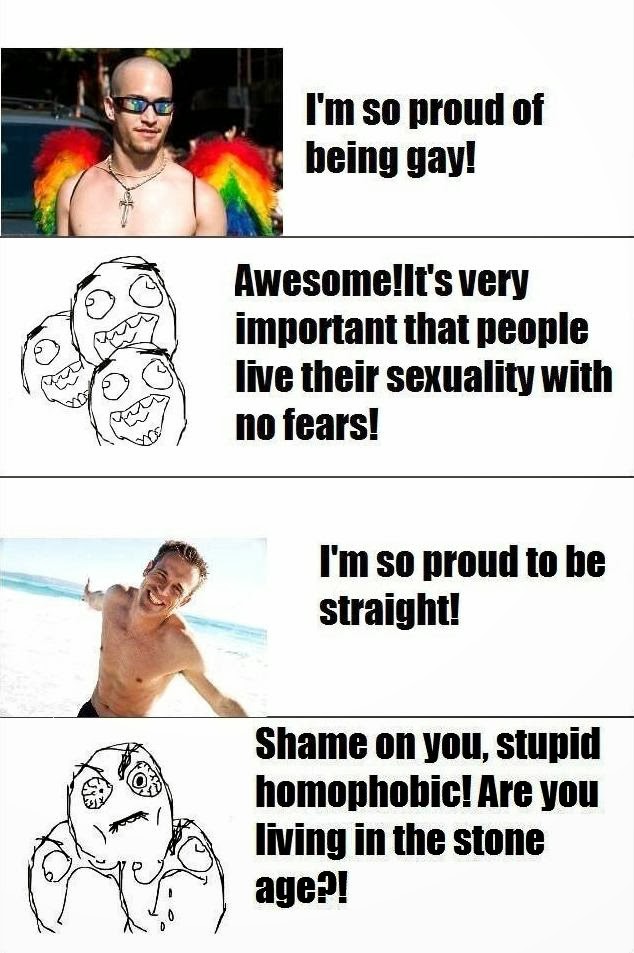 Homosexuality is heroic, noble, good, and fun. Gay people are smarter, better dressed, wiser, and funnier. You didn't know that? Watch some TV and a few movies, and you'll get your head on straight. That's the lesson we're taught. Straight people are neurotic, silly, confused, slovenly, and need their magic homo mentor to straighten them out. Being glad you are not homosexual means you're probably secretly queer
Maetenloch recently wrote a bit about this on the Ace of Spades HQ where he pointed out:

These days agreeing completely with Hillary circa-1997 on gay issues would be enough to get you boycotted and hounded out of polite society.

Indeed, two years ago, President Obama wasn't fond of homosexual "marriage" and today you're a monster if you aren't in full support. Remember when just a few years ago the idea of "civil unions" was considered very nuanced and cultured, and today its an evil thing. You haven't changed at all, but you've gone from hero to villain in just a few short years. Its ridiculous. 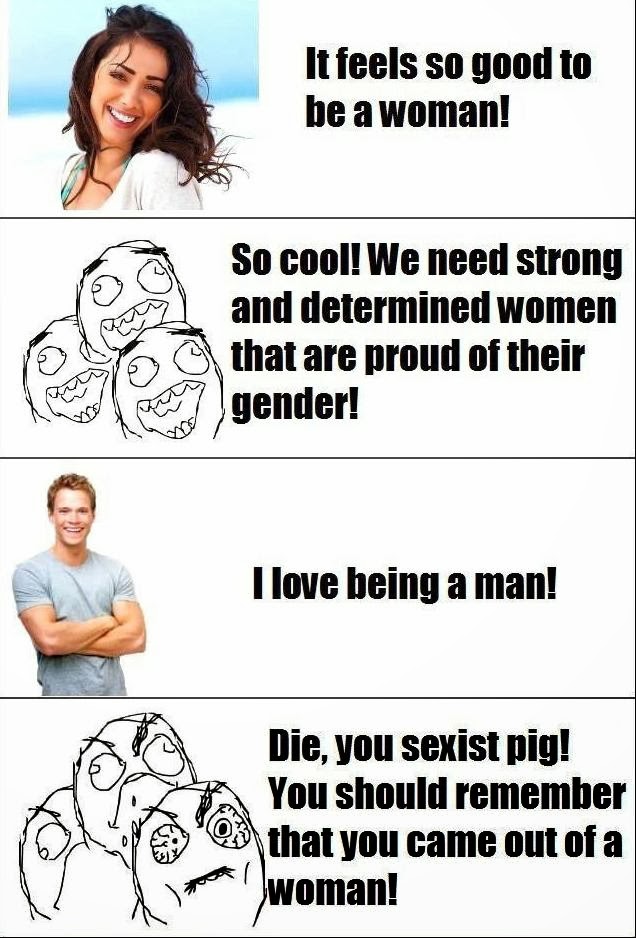 Women are better than men. They can do everything men can do, but less stupidly because they don't have so much evil testosterone. Being a man means you have reason to apologize merely for being male. Being proud of being a man means you're an evil oppressor.
This isn't just academia or the radical left. This is what everyone, everywhere in the West is being taught to think and unless they are someone with a bit more self-reflection and discernment than most, is what they immediately react with. White, male, straight pride = suspicious, evil, shameful. Being a man is innately problematic and something you should probably try to avoid bringing up much. These images exaggerate for effect, but they aren't far off. Think about it, if you're a white guy, would you dare say you're proud of being a white man in any public place? If you're not, what would your reaction be if you heard any guy do that? Would you not immediately wonder if he doesn't have a picture of hitler in his closet with a few candles around it?
People warn about backlash and the coming change, but I don't see that happening.  There will probably be a cultural shift at some point, but if anything like that happens, I suspect the cause of that will likely be so devastating that people won't have time to be lashing back.
Posted by Christopher R Taylor at 8:37 AM