"I never prepare. I think that's completely overrated. It's a very simple job. All you have to do is hit this bright mark, stand in the right spot and say the line."
-Joaquin Phoenix "

One of the strange things about watching movies for me is how they treat leading ladies.  I liked Kill Bill 1&2 okay as cheesy action flicks, but the biggest jarring problem is having everyone act like Uma Thurman is some kind of total hot babe.  That took some acting skills because she's just not very attractive at all.  They acted like she was the reincarnation of Helen of Troy when she looks more like a mom down in the trailer park. 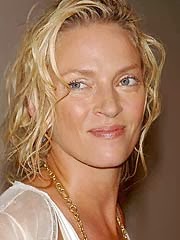 In fact, there are a lot of women in movies that are incredibly overrated and never should be treated as hot and beautiful.  They can act okay and I don't mind most of them in films, but please don't pretend they are lovely and stunning.
Here's a list of what I consider greatly overrated women in Hollywood today, in terms of looks: 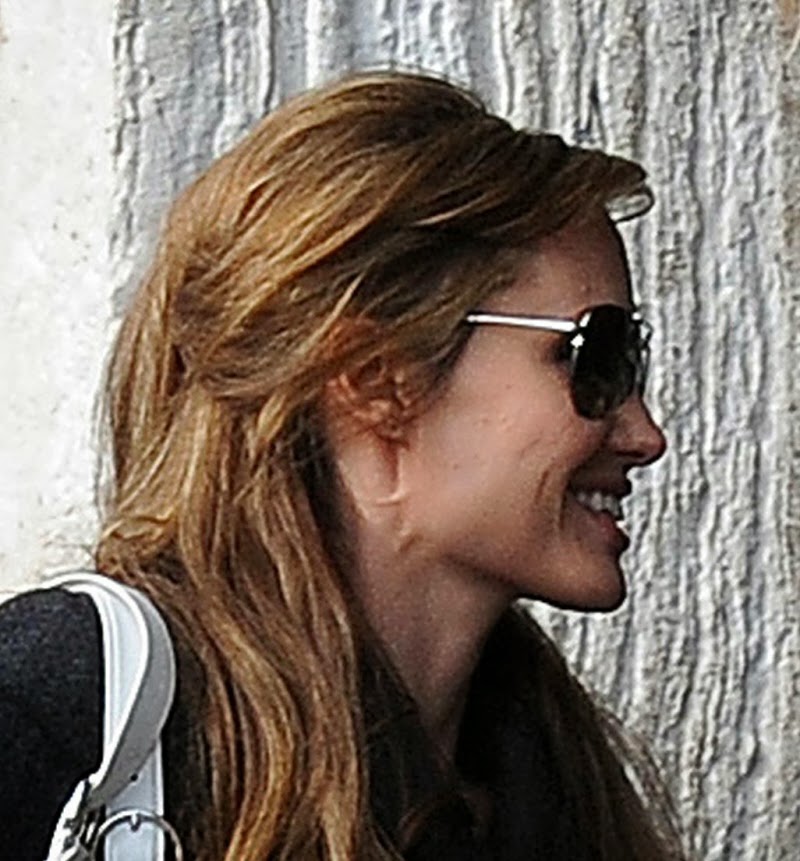 Cate Blanchett - Brad Pitt in drag.  Women think she's so very elegant and lovely, and she keeps being cast in parts that require a woman of queenly beauty and grace, and she just doesn't do the job.
Carmeon Diaz - She's a man, baby!  She can clean up okay but the only film she was actually pretty in was The Mask, 20 years ago.  She's not a bubbly cutie, she's sort of unpleasant to look at.

Angelina Jolie - She is just odd looking, and seems the victim of an overethusiastic plastic surgeon
Sarah Jessica Parker - Seriously, she's not pretty.  She just isn't.  She was kind of cute in LA Story but all those horse jokes out there are not ironic.

Julia Roberts - Again, not pretty.  Shes Eric Roberts in drag, with a longer face.  Again, horse jokes.  I never found her very pretty and she long ago wore out her welcome.
Maggie Gyllenhaal - She looks like she was pretty but then spent 10 years in the pen smoking crack.  She looks very used up and damaged; no sequence showed that more than replacing cutie (but lightweight actress) Katie Holmes with her in the Batman films.  The contrast was shocking.

Susan Sarandon - Never been attractive to me, at any level, and especially not with her idiotic radical politics.  Unpleasant inside and out.  I suspect most of her attraction was the size of her hooters rather than her overall package.  As a young hippy dippy girl she had huge eyes and breasts and was otherwise meh, but she was considered super pretty.  Sorry, never did anything for me, I wish I could delete significant parts of Bull Durham.

Renee Russo - For a while, she was Hollywood's "it" girl, getting role after role and every one of them she was awful in.  She has a face like a crescent moon and not a pleasant voice.  The only film she wasn't terrible in was Get Shorty, and that says more about the story and director than her.  She's not hideous, she's just not that good looking and she doesn't make up for it with talent or skill.

Jennifer Aniston - there was a three year window or so in Friends when she was pretty, but she's well past that point.  I think the only reason she gets work is because she's the sympathy card for female viewers (Brad Pitt taken away from her by vampish exotic girl). Enough with the romantic comedies that make 7 bucks.  She's one of those actresses women love and men shrug about.  Little personality, not great looking any more.

Beyonce Knowles - I just don't get it.  She's got a nice body but she's just really unattractive in the face.  I hate to have to be the one to point this out.  Go ahead and yell racist or whatever, but maybe if you're going to do that you should look in the mirror.
There are some others, such as Emma Stone, who is just such an ordinary looking girl, and Sarah Michelle Gellar but they aren't big names treated as total goddesses by press and film scripts.
Again, its not that (most) of these women are ugly, its just that they aren't the stunning pinnacle of beauty that Hollywood presents them as or has them treated as in film.
*UPDATE: Gerard Vanderleun of American Digest says about Maggie Gyllenhaal: "Re: Maggie Gyllenhaal. Maybe Secretary just punched every Hollywood producer's big control button a bit too hard?"  I think that's pretty accurate, yeah.
Posted by Christopher R Taylor at 9:41 AM

I would say that is a reasonable list. The Parker chick is just pathetically homely. The young Susan Saradon had anime eyes, otherwise average. In one of the stupidest movies ever made, "Middle Age Crazy", Bruce Dern is married to Ann-Margeret but is willing to dump her for Saradon's character. Nope.

The guy in drag thing for some of these women is appropriate. I think that the homosexuals who are so prominent and influential in Hollywood have input on who is selected as a star.

I think it was John Nolte that used to refer to Hilary Swank as Matt Damon.

We find women attractive for different reasons. I always had an inexplicable fascination with the late Jill Clayburgh. I don't she would even be considered "cute" by most guys.

I think a lot of the women you mentioned are more 'cute' than 'beautiful'. As a whole package, I wouldn't call any of them ugly.

Jenna Elfman and Kate Beckinsale are high on my list.

Many of these women have hit the wall. Cute or attractive perhaps years ago when they were much younger, but not now.

Uma Thurman in "The Adventures of Baren Munchausen" I remember has being cute, but that was 25 years ago.

OK, fair enough to say that these women are not beautiful, but it begs the question: which Hollywood celebrities do you label beautiful ?

I remember back in the nineties Minnie Driver being treated like she was some kind of beauty queen. She made me want to wretch.

One of the most overrated women in the entertainment industry - beauty-wise - is Kate Beckinsale. I just don't get the hype. She is good looking, but she lacks that certain something. Her face is totally generic. I don't find her sexy at all