THE STATE OF SOCIAL MEDIA

"Nobody goes there anymore. It's too crowded."
-Yogi Berra

Social Media is the fastest-growing and now biggest use of the internet, according to recent stats.  The business site Fast Company has an article by Belle Beth Cooper examining various stats about social media.
I think most people see social media as a young person's game, something college kids put "selfies" up on and hipster 20-somethings use to post images of their coffee.  But the truth is, Twitter, Pinterest, Facebook, and most other social media platforms are actually used by people older than that.  For example, the fastest-growing group of Twitter users are people older than 50, up almost 80% since last year.  And Facebook and Google+ are experiencing a similar aging boom, with an increase of almost 50% in the 45-54 age bracket.
Another surprising stat is that while porn used to be the biggest internet niche in the past, social media has surpassed it.  That's right, the internet is not for porn, its for pictures of your kids, duckfaced girls, coffee "art" and 140 character comments about what you're having for lunch.  Social Media is the most common use of the internet people are doing online.
In a way, that makes sense.  I think for most people over the age of 14, porn is less about naked people than it is about dealing with loneliness.  It gives you a chance to forget your life and troubles and feel less isolated and unloved for some at least.  And social media can do the same thing (which, I suspect, is why the "online bullying" thing hits so hard for teens who can't seem to just shut it down and forget it).
I'm logged on to LinkedIn, Google+, and a lot of other sites, mostly just to park my business name.  If I was a hot go-getter I'd start up a company that does this for celebrities and famous people, businesses, and so on: hook you up everywhere online and protect your name.  But LinkedIn doesn't seem to actually do anything.  I think a lot of people have noticed this, which is why its one of the smaller social media sites.  Its got a lot of people signed on, but the accounts sit unused. 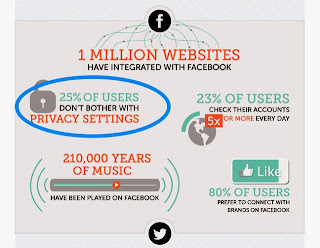 But that's the secret behind all these sites.  None of them do anything.  All they do is sit there and wait for people to provide content.  Google+ is pretty empty because nobody's there, its one of those Yogi Berra bits.  In order for a social media site to have any notice, people have to use it a lot.  And for people to use it a lot, it has to have people on it.  Its the Internet Paradox: you can't be popular unless people are already there and tell others about it.  But how do they get there to begin with?
If it wasn't for Blogger posting my blog posts on Google+, my account there would be totally stagnant.  I almost never even check it, and I'm not even sure how to really use it.  Because I don't care.  The truth is for me, I only care about Facebook because it gives me a method of reaching out to family scattered across America and the rest only because I'm hoping it leads to book sales.
That's right, I'm not really interested in your new cat or the thoughts you have on Thor 2.  I don't really want to see the picture of your new beard or see that video of a cat falling off the table.  I just am hoping that staying in contact will help me sell.
And a lot of businesses are doing that; 93% of marketers are using social media for business.  I have read again and again its a way of reaching customers, so I'm trying.  I don't have money, or a lot of energy, but I have an online account at these sites and its easy to type a few things and try to gain interest.  My twitter feed is not big (I only have about 400 followers), but its something.
I think for businesses the biggest shift is this one: YouTube reaches more U.S. adults aged 18–34 than any cable network.  Back when Radio came out, it boomed rapidly and became the way to reach customers.  Companies started out with little ads on radio shows and became big companies through the exposure.  Then when TV came out, the sales shifted to there.  But now, online is where the people are at.
The problem for advertisers, of course, is that its easy to ignore ads online.  And if you cannot find an easy way to ignore the ads, most people just won't go there any more.
If I get an ad on Twitter, I hit the DISMISS button.  If I get one on Facebook, I ignore it or if it shows up on my wall in an annoying new stunt, I get rid of it and call it spam.  I doubt I'm alone in this.  I know advertising must work for other people, but all it does is annoy me for getting in the way.  Its like having someone sit on your laptop and start talking to you about why you should subscribe to The Watchtower.
Interestingly enough, a related article on the same site by Leo Widrich, goes through some stats about how to best use and most ideally reach people on social media.  For example, the most popular and active Facebook posts are those under 140 characters... and those that ask a question get more attention.  And the best time to get retweets is around 5PM for Twitter.  If you want more shares, 1PM on Facebook is the ideal time slot.  The optimal number of tweets for attention is 1-4 per hour.  Too many and people get annoyed and scroll past.  Too few and you'll go unnoticed, buried in the rest of someone's feed.  For Facebook its even lower: half a post a day (once every 2 days) is optimal.  But 10 times a day at most is the maximum you can really be effective.
And while on Facebook weekend posts get more notice, on Twitter, weekday posts do.  I suspect this is heavily connected to when and how people are checking these.  Twitter you can check easily and quickly with your phone or online.  It loads fast, reads fast, and doesn't get noticed.  Facebook is harder to look at in class or at work without being noticed.
And that neat social media post you put up?  It has about a 3 hour shelf life.  That picture and responses to it won't get much attention past that point as it scrolls away and gets replaced by something else.  But posting too often will step on that notice point - and you only have a limited number of optimal hours to get attention to your post.  So that limits how often a day you can effectively reach people.
Oh, and this will probably surprise no one, but there are more women on social media than men.  30% more.  Women are more social creatures than men, and communication (as well as mutual approval) is more important to the average woman than the average man.  So if you're trying to target men, you might be better off using a different platform.
So if you're using social media for your business, just some food for thought.
Posted by Christopher R Taylor at 8:43 AM