A MIX OF THINGS

"Pulling the plug on corn ethanol, officials fear, might mean killing any hope of these next-generation fuels." 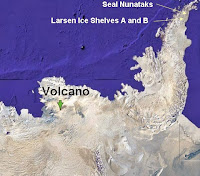 Its funny that the only thing that's really wrong with the health care system in America is cost, and none of the big government answers do the slightest thing to reduce that.  Most actually increase cost by increasing paperwork, regulation, and bureaucracy, then try to hide it all behind redistribution.  Its almost as if the purpose of government controlling health care has nothing to do with fixing the problem at all.
They have confirmed the existence of a volcano several scientists had speculated existed in recent years..
Some leftists think that morality and virtue are genetic characteristics, and we should abort babies who don't show the proper leftist attitude toward life in their genes.  Through this system, we could create a master race with all the right ideas and thoughts, and shut out any dissent or disagreement, creating a perfect utopia with the purity of an ant colony and the beauty of a flawless pearl.
Although its been speculated about for years, scientists have confirmed that there is a very large volcano lurking under the section of Antarctic ice that has been slowly melting.  There is some concern that the volcano may erupt, destroying a significantly larger section of ice.  Alarmists are scurrying to find a way to blame SUVs for the volcano.
Something left virtually unsaid is that leftist dictators tend to obliterate the environment in their regimes.  Russia did horrendous damage to the environment under Soviet control, including a radioactive lake near Moscow.  And North Korea, originally a communist dictatorship, now just an insane one, has basically killed the landscape and stripped the land of nutrients.
Like with abortion clinics, organized crime is using global warming schemes to launder money.  These tricks work well because hot political organizations tend to see little scrutiny, because everyone in charge wants to avoid seeming critical of them.  In this case, the mob is using renewable energy subsidies and carbon purchasing schemes to invest in and clean up money without any legal source.  This article claims that renewable energy is the "most promising sectors" but that promise never came to pass.
"Green" energy schemes did well for a bit because they were having money shoveled into them like coal into a locomotive, but even world leaders in renewable energy schemes like Spain are backing off of them rapidly now.  Turns out they don't make money, don't produce very much energy, and the countries can't afford to keep shoveling.  And investors are angry at this.  Charging Spain with violating contracts, investors are planning to sue the country for backing off of "green" subsidies.
And meanwhile in the US, the mad push for ethanol subsidies is resulting in yet another drawback:

As farmers rushed to find new places to plant corn, they wiped out millions of acres of conservation land, destroyed habitat and polluted water supplies, an Associated Press investigation found.

Five million acres of land set aside for conservation — more than Yellowstone, Everglades and Yosemite National Parks combined — have vanished on Obama's watch.

Landowners filled in wetlands. They plowed into pristine prairies, releasing carbon dioxide that had been locked in the soil.

Sprayers pumped out billions of pounds of fertilizer, some of which seeped into drinking water, contaminated rivers and worsened the huge dead zone in the Gulf of Mexico where marine life can't survive.

Now, you have to take some of this with a grain of salt, such as "releasing carbon dioxide" and the Gulf "dead zone" but the general theme is accurate.  Paying farmers to do something will get them to do it, even if they don't really care to.  And despite this, corn prices and have gone up rapidly, food corn supplies have gone down, and food price worldwide have skyrocketed.  All for fuel that doesn't save anything or help the environment at all.
Oh, one more ethanol concern: Energy Return On Investment (EROI) is an analysis of how much energy you get out of a fuel source compared to how much energy it takes to harvest, prepare, and deliver it to a consumer. The EROI is around 1.25:1 on corn ethanol versus 11:1 on oil. So it takes less petroleum to move things than ethanol, by a margin of almost 10 to 1.
Finally, I sold a dozen copies of Snowberry's Veil overnight, and 4 copies of Old Habits, both e-books. I don't know why or how, but I'm certainly happy to see it. I hope the people who bought them enjoy the books. And I hope at least some fire me off a review!
Update: Also sold a copy of Old Habits on Smashwords and a copy of Snowberry's Veil on Amazon UK. The drawback is that I have to sell at least $100 worth of my earnings on Amazon before they will pay me. Smashwords is a bit better, they only require $10 earnings a quarter. At about 70 cents a book for Snowberry and a bit more for Old Habits I have to move a lot of books, but its a start!
Posted by Christopher R Taylor at 9:33 AM