You think you've private lives
Think nothing of the kind
There is no true escape
I'm watching all the time
-Judas Priest, "Electric Eye" 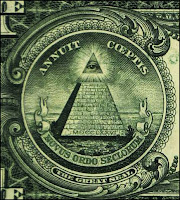 Ever since the foundation of the Orwellian-sounding "Department of Homeland Security" I've been uncomfortable with aspects of the response to 9/11.  While I never was as paranoid and extreme as many about the PATRIOT Act, I have always thought that the government probably was going too far in the wrong directions to deal with the problem.
When Bush was president, he authorized the use of wiretaps on phone conversations with terror suspects overseas.  This was a source of some concern, mostly because people are generally uncomfortable with wiretaps by the government at any level.  At the time I was not particularly worried because I was a) not calling terror suspects and b) not saying anything the government would care about.
However, I had forgotten about the Predator and other programs worked on during the Clinton administration which would sift through and read emails, phone calls, etc for key words.  I don't know, but I suspect those were being used under President Bush as well, ostensibly to hunt terrorists.
Now as I've written about in the past, there's no office of guys going through every single of the trillions of emails, phone calls, text messages, etc that take place each year.  We don't have the manpower or the money for that kind of operation, and the building would look like Megacity One in Judge Dredd.
However, they do have computers which will scan all these events (with varied levels of accuracy - anyone who's used an optical character reader or a voice controlled device knows how well they work) and look for key words or phrases, which are then flagged and looked at by analysts.  So while technically, no one is actually listening to everything you say, effectively everything is being examined.
Various government folks have denied all this, but the truth is, everything people didn't like about wiretapping under President Bush has gotten far more extensive and intrusive under President Obama, according to various "whistleblowers."   Its gotten so bad that the government wants passwords and data about people from online sites.  A recent structure was built in Utah to store everything everyone has said or written or transferred online, on massive arrays of electronic storage.  If you want a government snooping timeline, there are a couple out there which give the data and when things started up.
Now, nobody is comfortable with this, particularly with a government which has demonstrated its willing to use information it gathers to pressure and harass political enemies (such as with the IRS and EPA).  How should Christians respond to these events?
The first and most obvious way is to vote for people who'll uphold the law, defend the constitution, and fight for liberty and privacy.  The guys in congress right now plainly are not folks who'll do that, and as I've noted before since the people with the most power are the least likely to be deposed, throwing out your congressman (again, probably) won't actually help.  So you have to work locally; vote for guys in your state who'll protect you, who will rebel against the government, refuse to help them do this, and pass laws to protect their citizens.
Second, you have to be educated so that you can help others understand what is going on, teach your children (if you have any) and clear up confusion on the topic.  The NSA doesn't have microphones in your TV to monitor your response to Obama, they aren't going through your computer while you sleep, etc.
However, all of these things are short term, and that means they won't solve the real problem; anyone can do them (not just Christians), and while they can help, they won't deal with the source of the concern.  The reason these events are taking place is twofold.  First, we live in a society where the government is less and less restrained by the Constitution (the 4th amendment protecting against search and seizure without due process).  They do so because they believe that what they are doing trumps law and freedom, that we're better off for the violation and that this is so important that we have to give up a little bit more for our safety.  Second, the society we're in is less and less restrained by an internal sense of ethical obligation to an almighty judge; we have almost no concept of an objective, absolute standard of right and wrong which we all should obey.
Without this shared sense of right and wrong, we turn increasingly to government to protect us, make people stop doing what we don't like, and the laws start piling up.  Small wonder when the government keeps taking more and more liberty away for our own good and safety.
So what the culture and nation needs is a return to a shared sense of right and wrong, an internal guide of action rather than external pressure.  In other words, we need a culture which needs fewer laws, because people need less law enforcement to curtail their behavior.  And Christians can work toward that through love, humility, and the wisdom of the Bible all around them.
Most of all, though, this comes down to you and me.  Consider this from 1 Peter:

Beloved, I beg you as sojourners and pilgrims, abstain from fleshly lusts which war against the soul, having your conduct honorable among the Gentiles, that when they speak against you as evildoers, they may, by your good works which they observe, glorify God in the day of visitation.
-1 Peter 2: 11-12

Privately now: would you mind if the government, your friends, or your grandma saw your browser's history?  Do you go places online, do things that you wouldn't want others to know about?  Are you saying things on the phone or writing things on email or text you would be ashamed to have publicly known?
As Christians especially we have a responsibility and duty before God to glorify Him through our actions.  Everything we do and say, every act, every word written is not only a testimony to others about God and how we believe, but suspect and subject to scrutiny and attack.
Consider the difference in attitude when a non Christian is found sleeping around versus someone who is a pastor.  Think about the reaction to a public figure caught doing something nasty when they have not ever pretended to live an upright life or have a confession of purity.
Christians are held to a standard which others are not, and whether you think that's fair or not, it is a fact.  We must as Christians live a life above blame in a world increasingly hostile toward Christianity.  When some religious figure is caught in a hotel room with a male prostitute and a spike full of heroin, it doesn't just hurt his career, it hurts Christianity, the perception of faith, and even people's reaction to God Himself.
If you are living an upright life online, if your messages, behavior, browsing, and deeds are pure, noble, just, pure, upright, virtuous, and praiseworthy, then you will have less reason to be concerned about being of ill report.  Yes, a truly dedicated and hateful person can still find something to attack you with no matter how mild and upright you're being, but then at least you're suffering for righteousness sake, not justly for your actions.

I don't write this as someone on high who does all right, its for my sake as much as anyone else.  For all I know everyone who reads this is far more proper and good online than I am.  Its just something everyone should consider as a Christian online, because all of that stuff is stored, somewhere.
And whatever we do is a reflection on God and our attitude toward Him.
*This is part of the Christian Response series.
Posted by Christopher R Taylor at 9:49 AM