"Wow, it's a really different conversation when you're talking with someone and listening to them"
-Students at Hofstra University 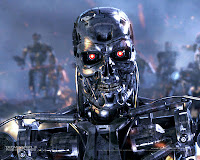 Every time some new technology comes out, people bemoan its dangers and problems, warning how it can be misused and complaining about how it causes some degradation in virtue and tradition.  This has always been true, and will always be true until kingdom come.
When the buggy came out, people complained about a disconnect from nature, about the noise, about the sloth involved in sitting while a horse did all the work, and so on.  Now roads were being built which blighted the natural landscape, now horses are mistreated because of their harnesses and whips, on and on.  It doesn't matter what technology is developed, someone always sees a problem.
Yet there's some truth in these complaints as well.  Most good science fiction is cautionary; it warns of the dangers and implications of any new technology.  Robotics seem like a great idea that will save us labor and enhance life, yet how many books have warned how this could go horribly wrong?
All technology is good and bad, as this world tends to be.  The fall of man brought a taint of bad to all things, even good things.  Nuclear power can bring light and heat, but also weapons and radiation burns.  Chemistry brings us cures to polio and drug addictions.  Dynamite was invented to save lives and help with construction, yet it also brought bombs and destruction.  The problems come not from the technology its self, but from our misuse or violent use of them.
The internet is not exactly novel, but is still relatively new and the full implications of its existence have yet to be understood.  And with it has come a great deal of good, from communication, to education, to information, entertainment, employment, and beyond.  The internet means I can talk to friends around the world, write on this blog to hundreds of people a day, and keep in touch with relatives I haven't seen for decades.
At the same time, there are problems as many have pointed out over and over.  Surprisingly, one of the more subtle, less-understood problems of the internet is that of of literacy.  One would presume that a medium of interaction that is primarily driven by reading and writing would increase literacy and reading habits.  After all, if you have to read and type answers  -- and people do practically all day -- you would think most people would thereby increase their reading and writing ability, broadening their vocabulary and concentration levels.
ILLITERACY OF TEXT 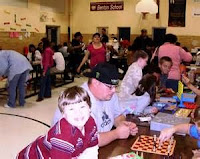 There are solutions, of course.  Limiting cell phone ownership and use until a child has demonstrated some degree of responsibility and communication skills is one.  Limiting the use of these tools while young is another.  No texting while in the same house is a very good technique.  No texting while company is around is another.
Doing things that require face-to-face interaction is a very important tool as well.  This teaches young people to listen, to be patient, and to learn to deal with people in person rather than over a tool.  Learning manners and politeness, such as what hurt you can cause through words, is a very critical life skill.
Video games can be fun, and the multiplayer ones (especially the Wii games) can seem like they are interpersonal, but they are not.  You are side-by-side and never really interacting with the other person, only their avatar on a screen.  Board games, sports, lawn games, charades, and such all not only teach communication skills, but force people to deal with each other face-to-face.
Reading to each other is another important skill, because the way you read, the tone of voice, and so on teaches young people a great deal about meaning and mood as delivered by speech.  It also makes them have to deal with longer segments of text and allows discussion of that afterward.  Reading difficult or significant works such as the Bible also teaches comprehension and stretches young minds.
Activities which involve several generations of people interacting is a great benefit to younger people as well.  It helps you teach them how to behave and respect elders, how to interact with non-peers, and they might even learn something from their elders as well as younger people.
Merely forcing young people to sit down and do something that takes time which they might not particularly prefer is a terrific skill for later in life.  Musical instruments, singing, arts and crafts such as pottery, sculpting, painting, knitting, etc all force long-term investment in a project with a tangible result.  They might hate it at the time, but in the end they will have something they can point to that they've accomplished and have learned critical skills for later in life.
The internet is perfectly fine as yet another tool, and has a lot of benefits, but used unwisely can be incredibly destructive in ways sometimes so subtle it takes years to truly understand the damage.  I wouldn't say its easy to avoid, but it is hardly costly or physically demanding to do so.  And we all benefit from avoiding the bad while embracing the good.
Posted by Christopher R Taylor at 8:00 AM