"I'm not dead yet!"
-The Black Knight 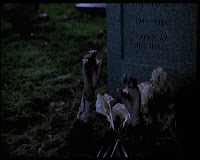 After a few weeks of being offline, WATN is back.  I had some troubles with Google, including an incredibly unhelpful Indian call center who refused to even let me talk to his supervisor, claiming there were no higher ranking techs available.
Basically Google's change of format from various services to one "Google apps" site ruined my account by adding an extra level of security and log on system that didn't exist before, so I was unable to log in and renew my domain.  Mr IndianSupportCallCenter claimed nothing had changed and I was unable to log in because my domain had expired by then.
To even talk to him I had to create a new domain and by the time the call was over I was so enraged and stressed I could barely remember my logins and data to tell him.  I didn't want to explode in fury on the guy, as he probably was only working with what he'd been told and trained to do, and Google was completely unreachable to me.

On a side note, this is why I'm not a 100% total free market guy: customer service is horrible these days, you know why?  They can.  There's just no motivation to spend the extra money to treat your customers well and you can get away with being almost hostile to your paying customers.  Will the market fix this?  Yeah, someday, maybe in a few decades.  That doesn't help me now.

So we're back, with a slightly different address, which you probably didn't even notice, because blogger is automatically redirecting your traffic to the new one.  Instead of wordaroundthenet.com its now wordaroundthe.net.  Cute, eh?  And cheaper than a .com address, for whatever reason.
It used to be that .coms were reserved for commercial enterprises and .nets were restricted to networks, but that's all been dropped and its wide open now.
So welcome back, I have plenty of content backed up and ready to roll and I'll be dropping stuff a bit more regularly for a while, God willing.  See you in the coming weeks, and thanks for coming back.  Please spread the word about my return if you can.
Posted by Christopher R Taylor at 10:05 AM

The only way around Google's interference is "Wordpress". They can't confound you for they have no connection.