"Tonto, don't go to town!  They're gonna beat the hell out of you!"
-Bill Cosby


Well the new Lone Ranger film came out, starring Armie Hammer and Johnny Depp.  Its doing terribly so far, having cost an estimated $215 million to make and earning $10 million so far after a couple of days.  With the low attendance and lousy word of mouth (and reviews), its not likely to get far although they will likely make their money up in overseas sales.
Now I can't work out why on earth they made this movie to begin with.  Like Speed Racer before it, this is a film without a constituency, a movie nobody really wanted made or was hoping for.  I'm serious, nobody was clamoring for a Lone Ranger movie - its likely 9 out of 10 people under the age of 30 only have a vague recognition of the name to begin with.
This movie cannot have been anyone's dream project.  Nobody went through life wishing they could see Johnny Depp play Tonto, nobody was sitting on a dream script of the Lone Ranger, pestering studios for a chance at their pet project.  No director was eager to make their version of the story.  I cannot understand why it was made to begin with.
I like Johnny Depp, and he's consistently entertaining, but I'm getting a bit tired of his shtick.  This is what, the sixth movie by my count that he's slapped white pancake makeup on his face?  Edward Scissorhands, Charlie and the Chocolate Factory, Sweeny Todd, Alice In Wonderland, Dark Shadows, and now this movie?  He even wore it for a while in the second Pirates of the Caribbean movie.  Maybe it sets off his eyeliner better or something. 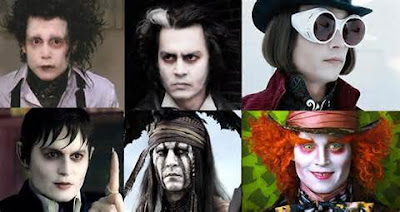 And the story... I haven't seen this film, but reviewers consistently tell the tale of a Tonto-centric film with a deluded idiot Lone Ranger who is idealistic and ignorant, with a wise, omni-competent Tonto.  The entire story is about Tonto "setting the record straight" in 1933 talking to kids about the real old west.  The US military is evil and corrupt and incompetent, so horrible you cheer for the Indians who come to the real rescue.  The white man is consistently awful and wicked.  Cowboys were monsters, settlers were awful, on and on it goes.
From what I've read, its like Howard Zinn wrote the screenplay.  I guess the people behind the film thought it would be all clever and ironic to turn the Lone Ranger on its head - after all it worked so well for Green Hornet... oh yeah - and maybe they figured a movie that kicks America in the pills for two hours in its most beloved historical era would do well overseas.
But honestly, who thought this movie would do well?  Anyone?  Even the usual cocktail circuit leftist elite are disgusted by casting Johnny Depp as an Indian, as if there are no Indian actors.  Maybe they could only get him because the real thing wanted nothing to do with it.
I have zero interest in this movie, even on Netflix or cable.  It just doesn't appeal to me at any level.  If they'd taken the west seriously and focused on the legend of the Ranger and justice, well then you'd have something interesting - and these days, provocative, unique, and challenging for viewers.  But no, they went the easy, typical route and people just are not interested.
Posted by Christopher R Taylor at 11:02 AM