"No man knows how bad he is till he has tried very hard to be good."
-C.S. Lewis


A few random things I've been thinking and writing about lately:
Quentin Tarantino needs to drop all his projects and go back to his roots.  He needs to make a 70's era period cop drama.  One that the Beastie Boys video for Sabotage evokes, a gritty one with all the sensibilities and camera shots used in the time period.
Speaking of movies, I watched a couple of James Bond movies.  License to Kill was one, and its a better movie than I remembered.  I still think it owes too much to Miami Vice in theme and feel, but its quite good except for the semi on one side to avoid a missile (why on earth would that work?).  I continue to think Dalton was the best Bond ever.
And Eric, I owe you an apology: Octopussy is better than I remembered.  A lot better.  Yes it has cheesy jokes in it, but it actually is quite good, I'd call it one of the top 3 Roger Moore bond films.
If I had a billion dollars, I'd get a retro-Sci Fi MMOG made, based on the worlds of Buck Rogers and so on.  Rocket packs, alien princesses, ray guns, brilliant mad scientists, etc. It would be wonderful fun and I think very popular.  In fact, I'm pondering writing up one of my fantasy ideas set in that sort of world instead.
Almost 15 years ago in 1990, archaeologists discovered an ossuary containing the bones of Caiphas, the high priest.  This is the same Caiphas who tried Jesus Christ before the Sanhedrin.  It was not revealed to the public until 1992 when they had confirmed the authenticity of the bones, and I hadn't even heard of it before today. 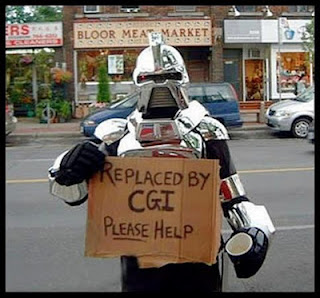 Even the BBC has admitted that global warming has "paused" for over a decade.  Since 1998 there hasn't been any global warming.  How long does it "pause" before they just admit its not happening?
In other global weather disaster news, ice sheets are more stable than previously believed.
Agent Coulson's first name is "Phillip," not "agent."
I love how girls look when they jog with a ponytail.  It swishes from side to side and looks so neat, I wonder if it feels neat?
According to a study, the more economic freedom a nation has, the more racial tolerance it displays.  One of the few exceptions: France.
Racial Tolerance seems like a pretty uncomfortable term to me though.  You tolerate ideas you dislike; racial tolerance doesn't strike me as a positive, really.
Australia has a show called Dirty Laundry that is a sort of Daily Show take on the news.  They have an adult rating of MA for mature audiences. They've been put on notice that they are going to have a change in their rating because they are... too clean.  That's right, they have to be more filthy or they will get a more general audience child-friendly rating.
Kitty wants to be petted, really bad.  How could anyone resist?
Finally, an idea came up on the podcast "Comic Dorks" which I really think is brilliant.  Why hasn't Hollywood done this by now?  They should make available a service or black box you can attach to your home entertainment system which allows you to get any of their films for a fee.  The cost could be pretty steep, because you have to figure lots of people will be watching the movie at once.  And they could put new releases out the same day they hit theaters for a hefty fee ($50 or more).  Get a box, invite your friends over, pay 5 bucks each to the kitty, and watch Star Wars episode VII in your living room the day it comes out.  Yes this would enrage and horrify theaters, who make their money on the later weeks of new releases, but it would be good money for the studios.  Streaming would cost a lot less than packaging and shipping out films (although digital films are a lot cheaper to ship), and it would make studios a lot of money.
The only thing I can figure that's holding them back - other than sheer obstinance and being stuck in the 20th century - is fear of easy pirating.
*UPDATE: In a discussion on this a friend pointed out something: theaters tend to be owned by gigantic companies that have thousands of screens, and it would enrage Regal or AMC to have their exclusive ability to screen new films sapped away further by home theaters.  I suspect that in the end the studios would win (if they all did it, what could Regal do?  Not show movies?), and they could make up any losses in the revenue from streaming, but that's just a guess.
Posted by Christopher R Taylor at 12:23 PM