THE BLOODY PART OF WRITING

“Writing is easy, you simply sit down at the typewriter, open your veins, and bleed.”
-Walter Wellesley “Red” Smith 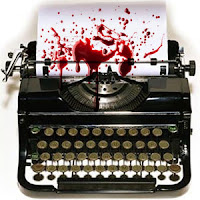