WHERE BILL GETS IT WRONG

"No, people are not getting better. People are getting more scared." 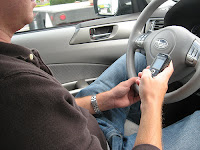 Bill Whittle has been posting for a long time on the internet, starting with his own blog EjectEjectEject! A former air force pilot, Whittle has a gift for expressing complex thoughts in easy to understand bites, and he is skilled at bringing diverse and seemingly unrelated events together.  Whittle does videos for PJ Media these days and they're usually pretty good.
One of Whittle's latest videos was a talk at the Orange County GOP, and he talks about the future of the party and conservatism in America.  You can watch it at American Digest if you want.  I suggest watching the 38 fast minutes and enjoy what Bill Whittle has to say.
Whittle brings up a lot of good points, and his answers on immigration and abortion as "virtual president" were pretty solid, similar to what I'd say in the office.  He paints a bright future where the nation turns to the right because they generally respond more conservatively on issues when asked and because he thinks a fundamental shift in history is taking place.
Whittle breaks down all human history into 3 movements:
His argument is that agrarian concepts framed the founding fathers' philosophies and the ideals of personal responsibility, suspicion of government, and the limited powers in the constitution.  Then with the industrial revolution, people became more grouped, urban, and dependent on others for their life and needs so they started to believe more in a powerful government.
Now, Whittle argues that we've reached a new age, and its up to the GOP to take advantage of this shift to seize the future.  He argues, accurately, that if most people are asked about how much they like the government involved in their lives, how much they want to be left alone, and how much spending they'd like see cut, they sound awfully conservative.  Its true - in fact, recent polls have shown people self-identify as conservative far more than liberal, 2:1 or more in some polls.
The problem is, despite their rhetoric, most people are practical leftists.  They want everyone else's spending cut, they want the government out of their lives, but in everyone else's life.  They want no nanny state telling them to stop their favorite vices, but they want it to tell everyone to stop other vices.
The fact is, Americans are no longer the rugged individualists, the liberty-loving folks who suspect government and dislike being told what to do.  Americans embrace being given goodies, being protected by big brother, and being dependent.  Americans view government, not themselves, as the source of their future, livelihood, food, self defense, and family.  There are exceptions, of course, but the bulk have fallen into this pattern.
Bill Whittle believes that the fact that he can order steel - right now - from his cell phone means everything in the economy and production has changed.  But it hasn't. The only thing that's changed is the way we move information around.  You still have to have a factory to make anything with that steel, and that factory needs a lot of workers nearby.  Those workers need an infrastructure of food, housing, supplies, and ready stores nearby as well.  And as that list of people builds up, you end up in a city.
The internet doesn't make people more independent and responsible.  It doesn't make people less dependent on the government.  It doesn't make people less urban; the reverse is true.
The internet makes people less independent and responsible, by making them dependent on electronics and gadgets.  If you work a field, its all up to you and God to make the crops grow.  If you work on a computer, you depend on thousands, even millions of others to maintain that system so you can keep taking advantage of it.  The electricity you use, the device you connect to, the internet you access, all of that require a lot of people - urban people - to sustain.

And in the end, people are becoming more and more dependent on the government because they're raised to presume everything should be given them, and that they have no shot on their own.  A recent Cracked article expresses it this way:


If Americans are less scared by the notions of bigger government and taxes providing safety nets against the abuses of capitalism, it's not because we care more about our neighbors. It's because we're scared for ourselves. These days, being taxed for social programs seems a lot more like purchasing an insurance policy for the day you draw the short straw in a rigged game.

That article by Gladstone argues that one of the signs you can tell the economy still stinks despite all the hooplah over unemployment dropping by a gigantic .2% (still over 10% real unemployment) is that people are seeing socialism as less evil and more friendly.
And Americans do seem to be leaning that way.  Instead of fighting their way out of the problems, they are embracing a bigger and bigger government which plainly cannot continue to spend like it is because the alternative is scarier yet: make it on your own.
The internet doesn't make people independent, it makes them isolated and the more isolated people feel, the less secure they feel.  That makes them tend to want government to fill that gap.
Bill Whittle argues that the GOP needs to find a way to turn the internet age into a libertarian dream of smaller government but the fact is, the left has already turned it into a dream of getting more goodies through easy registration.  Whittle suggests "government by menu" by which he means we pick the right stuff government does (roads, military, etc) and leave the rest out.  The problem is, people do want government by menu - but they mean "pick the stuff I get from the government from a big list it provides."
Whittle's fundamental error is that he does not recognize this trend of sloth and selfishness for what it is.  And he leaves morality entirely out of his analysis.  He tries to break everything down into economic categories, with a little in terms of worldview framed by libertarian concepts of being left alone and small government.
But without that moral component, you miss the selfish, greedy, and lazy nature of humans.  We tend toward taking the easy path that most immediately rewards us, unless we have something higher and greater to reach for.  And that's where we are now as a nation.  The fact is, the internet age has done nothing transformative except to make us have an even easier life with even greater access to entertainment.  And that does not lead to rugged individualism and self reliance.
For all his errors in prediction and analysis, Whittle does bring up one very good point, something I wrote about a while back.  He argues that the right has to build a parallel economy and government, that we have to craft alternatives to government which are better and more efficient so people turn away from the government for all their answers.
There are some of these structures in place; food banks, home schooling, etc.  But we need more, because we can't convince people to abandon government to its proper limited role unless something at least as good takes its place.
Just don't expect this bright future where the nation turns right and embraces libertarian ideas.  We're looking at a serious collapse and possibly even a regression of civilization and technology before that begins to happen.  I know I sound like some wild-eyed crank with a sign on a street corner, but I see no other way this plays out with every nation on earth massively in debt and acting like it simply doesn't matter.
Like it or not, I think most people see that too.  We just are hoping it happens late enough it won't matter to us or our kids.
Posted by Christopher R Taylor at 11:40 AM