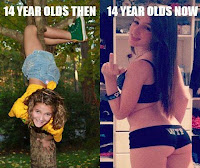 Life is largely frustrating, painful, and empty.  There are moments of joy and happiness, sometimes long ones, but overall it is very depressing to consider.  I wonder sometimes if old people aren't so bent down and weak not because of their bodies but because of the weight of cares crushing them over time.  Think I'm just being downbeat?  No, I'm not particularly depressed; just consider.
VANITY
A long time ago a guy who wrote under the pen name Koheleth wrote all about life.  He was an ancient king who had riches, power, wisdom, and many women.  He wrote about everything he'd done and experienced, all the things he'd lived through and came to one conclusion: it was all empty.  Sure, for a time it was fun, but in the end it was ashes.
He had lots of women, but after a brief moment of joy came the betrayals, the broken hearts, the disappointments.  In the end beauty comes to ugliness, weakness dooms physical joys, and after all is said and done, what came of it all?  When you're 98 years old and dying in bed, what difference did it make if you bedded 1000 models or were celibate, in the end?  You're still dying and miserable.
He had riches like few others, whatever he wanted, he could easily obtain.  And none of it satisfied, ultimately.  He enjoyed fully every good thing in life, and found none of it really mattered.  One pleasure might give a brief joy, but it never was good enough again.
Koheleth was a king, but he knew that one day all that he'd achieved, all that he'd built, all the laws and roads and peacetime and all the good things he had done for his kingdom were empty.  What would his heir do, would he be a fool or wise?  Would he take good care or squander it all?  And despite his best efforts, he was loathed by many of his people simply for being king. In the end, he would be dead anyway, so what difference did fame or success mean, ultimately?
Popularity fades, and what was once beloved becomes despised.  Wisdom is meaningless, because the fool and the idiot end up the same way as the wise and the intelligent: in a tomb.  A big family leads to fights and bitterness and jealousy and in the end, again, you die and what difference did it all make?
THE PREACHER
This king wrote all this in the book of Ecclesiastes, and while it seems incredibly grim, he has one point to make: none of this ultimately matters, all that matters is God.  All worth and meaning comes from the transcendent.  If life has any meaning at all, it comes from something outside us, something to look forward to, something greater to reach for and hope for.
Yet modern man has abandoned all transcendent truth.  There is no God, no future, no hope.  All that old faith stuff is okay for old people but we've evolved past that crutch and now we don't have any more religion.  All that is, all that ever was and ever will be is this life, this earth, what we can see and sense and measure.
So Koheleth's prescription for meaning is gone.  All is vanity, as he says, period.  There is nothing else.  And I think people are very aware of that emptiness in their lives, as I have written about before.  That yawning gulf in their lives that all the distractions and pleasures they throw at simply won't fill up.  We all sit next to our open grave and try to look away from it as much as possible.
Only for brief moments can we ignore and forget that emptiness, and those moments are clung to like a drowning man grasps a life preserver.  Increasingly, that's all modern man in the west does, desperately scrape toward those moments and tries to string as many of them together as possible to avoid that awareness.
SEXUAL FIXATION
And that's why every single aspect of modern life for the west is about sex and infatuation. Modern culture in the west is fixated on these topics to a degree and ferocity unmatched since Rome, and for the same reasons.
I listen to popular top 40 music every so often to try to keep in touch with modern pop culture and what kids are listening to.  Its almost without exception just awful, but there are interesting themes in the music that an objective, critical listener can pick up.  In the midst of the mindless chanting about how tough you are and how many bitches and hos you can score, in the sea of autotune and repeated musical patterns and rhythms (is it really fresh and interesting for every single hip hop tune to have "uh huh, yeah" repeated 1000 times?) there are topics that come up.