"Doesn’t a lot of junk get published? Sure. But it always has. And now readers—not self-appointed arbiters of literary merit—get to decide which books are worthwhile to them." 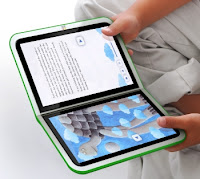 A while back I came to the conclusion that anyone who goes the old route of agent/editor/publisher through a big house is a sucker.  That they're giving away money and working hard to get scraps that fall off the publisher's table as their agent gets a bigger cut of the pie than they do.  I still believe this; if you have any doubts about that, many people have written about the topic, such as Robert Bidinotto at PJ Media.
The only problem you face as a self-published author in the new age of publishing is the same thing a blogger faces: getting anyone to notice you.  You can have the best book ever written with the most brilliant cover, title, and blurb conceivable by mankind and might never even get noticed.  The problem is, there's a million million other books out there and you're just lost in a sea of choices.  You might be the tastiest fish ever, but in that big a school, nobody is even going to notice.
I listened to a podcast recently from Your Guide to Book Publishing with Amy Collins as the guest, and Ms Collins pointed out a few things about publicity.  First, she noted that while non fiction authors benefit greatly from old style publicity, fiction authors do not.  A big tour on talk shows, interviews in the newspaper, radio spots etc are great for non fiction, because they publicize the writer, not their book.  You get to know about the author, you see them and might become impressed by them, and as a result wonder what they have to say on a topic or consider their expertise.
But with fiction, the author is really irrelevant to the reader.  Yes, you might have authors you like, but only because of their content not because of their expertise. I don't really care what an interesting person and expert Loren Estleman is, I care that he writes really interesting, entertaining books.
So she argues that to publicize fiction, you have to find readers, not consumers.  You aren't interested in publicizing the author, but the book its self, the fiction.  And the best way to do this, she argues, is reviewers.  Now, she says to get 500 copies of your book and fire those bad boys off to reviewers around the world, to eat the cost as a price of business.  And if I had that kind of money, I would do so without blinking an eye.
The problem is, printing up 500 copies of Old Habits would run me about $5300 (with bulk and author discount) plus the 5 bucks or so to mail every book.  And I just don't have $7800 lying around to spend on that kind of thing.  Like I said, if I had it, I wouldn't hesitate, but that's a pretty fair stack of cash for anyone to blow on their own book.
She points out that even if the books end up being sold to the local used book store, that's still outreach for your book; you're still seeing it show up on a shelf and that's a plus for you as an author (she also suggests putting a bright sticker over the UPC barcode that says "Not for resale").
However, there's another option out there.  A lot of reviewers are electronic only these days.  Yes, you'll miss the New York Times and so on, but that's not necessarily bad.  There's a success story recently where an author couldn't get her book noticed by any old school reviewer, so she sent a copy of the e-book to a hundred of the top active reviewers on Amazon and became a bestseller based on their responses.
The truth is, there's a lot of reviewing going on with just e-books now, and since that's the place I expect to reach the most readers, that's where I want to aim my sights.  I'm a bit hindered right now because I can't get my book on Barnes & Noble to sell (soon, I hope), but once I get it on more platforms, I'll try the same thing.
I won't get the same results the woman I mentioned does.  My book is much more niche and not a popular genre.  Fantasy is a bit flooded right now, as every dork with an idea has written a fantasy novel like I did, but I do think it might help sales a bit.  I can hardly do worse than 1 sale a month, in any case.
I'll keep you posted as I work on this, hopefully by the end of the year I can see more sales and maybe another book out there.  In 2014 I think my PublishAmerica Snowberry's Veil contract lapses, which would let me put another book out then as well.  We'll see.
Posted by Christopher R Taylor at 10:34 AM

An update: After hammering reviewers by the dozen, I've gotten a total of... zero responses from reviewers. Its tough to reach them because most don't even respond and the ones that do are either too busy to do any more or have stopped and have their own review website (usually by pay). I'm still working on this.

Its been four years, and I've noticed something after getting some reviews successfully by this technique: if you go find reviewers rather than rely on people who write one out of their own passion and interest, you get... tepid reviews.

By 'tepid' I don't mean you get reviews that are meh on your book, you get meh quality reviews, reviewers who burn through books and don't really care that much about them and often don't really understand them. So overall, you're better off letting it build organically and requesting people review rather than seeking reviewers out specifically, I think.