"And now, from Albany Oregon, its the Tales of Brave Ulysses!" 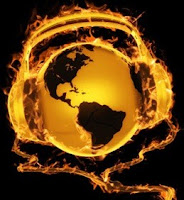 I've been enjoying listening to old radio shows for months now courtesy several online sites which have hosts of them available for free.  Shows such as Gunsmoke, Yours Truly Johnny Dollar, Information Please, and Jack Benny are as entertaining today as they were when they were first broadcast and typically are a refreshing break from modern entertainment.  Even the ads aren't so bad, if sometimes outrageous.
Listening to these shows, I have been forming a theory over time that is becoming more of a certainty in my mind.  When radio first came out it was pretty primitive, and largely in the hands of talented amateurs - nobody was an experienced professional in broadcasting, because it was too new.  Some pretty amazing stuff came out a long with a lot of awful stuff, and it took years to really get the feel for how to best use this medium.
Some stuff took off right away, such as music and sports broadcasts, they were easy and adapted well to radio (especially baseball).  Others took time to present and perfect, with a lot of shoddy work and confused efforts along the way.  By the 1950s, radio was pretty amazing; delivered smoothly and professionally by experts.
Now things develop a bit faster these days, but the internet is more or less in the same place as radio when it first came out.  Nobody knows exactly how to make it work best for money or how to work formats on it that are best delivered to the public.  Youtube and Twitter are huge, largely because they are driven by customers rather than professionals, and that's likely the future of the internet.  Rather than a small group of people creating content to deliver to the wide audience for pay, it seems to be a huge group of people creating content for each person to enjoy.
But something many people expect to see is for the internet, using this user-created content like Youtube videos, podcasts, blogs and so on to come up with their own entertainment rivaling other content providers such as television and movies.  The attempts which mimic existing content like internet radio shows are pretty entertaining, but aren't money makers and are not breaking through very well.
What I see happening, soon perhaps, is this.
It is already becoming easier and cheaper to create animated work online.  You can go to any number of various sites such as Sketch Star, Devolver, and Voki to create your own animation online.  Some even provide voices; if you give them the text the software will read for you.  They have preloaded characters, backgrounds, and settings to let you create your little animated clips.
Other software such as Sculptris lets you create your own 3D figures (useful for later printing off on a 3D printer), which would allow much more sophisticated animation if you desire.
What I would not at all be surprised to see is a combination of those radio show style storytelling with online animation, producing full programs for people to watch.  Like podcasts (and early radio shows) they would have little to no sponsorship at first, but eventually would pick up some advertising over time.
Its expensive and time consuming to create your own show using settings, costuming, cameras, and so on.  But voice acting is pretty easy and cheap and animation could give the visual side internet folks desire without the cost of live production.
All we're really waiting on is a useful enough program that lets you craft your own settings and characters easily (a cast of characters with a paper doll-like clothing system spanning a wide range of times and style, for example) and use a large library of settings and locations coupled with a standard array of sound effects.  With that, the future is wide open.
There are millions of potential stories to tell with a modern sensibility and twist, just waiting for a format to put them online.  And done well, these could easily draw as well as a television program.  You get a few hundred thousand viewers to your show and big advertisers will want a slot in your program, especially if you deliver it cleverly.  The advantage of visual animation is that you can stick billboards, product placements, background items, and settings tailored to your advertisers.  McDonalds sponsors your show?  The characters go through the drive-thru and order the latest new menu item with gusto.  Your show sponsored by Goodyear?  Everyone has Goodyear tires and the blimp is in the background.
A clever writer can slip the advertising into dialog without it being jarring and awkward, just part of conversation and the story.  Your characters have to get somewhere on time, and take Yellow Cab to get there.  They need a document delivered, so they send it through Federal Express.  They mention being hungry and a guy suggests Red Lobster.
And this is something any group of creative people could tap into without needing a million dollars and a cast of expert actors.  Almost all the radio shows used and shared a fairly small pool of actors and actresses, some of whom went on to be fairly big stars later.  Others were already big stars and did radio for a bit of extra, regular cash on the side.
And this would be the beginning of the internet age of entertainment.  Shows about what you want, when you want, on demand, without being tied to any network or company.  I wouldn't at all be surprise to see it happen - and I'd love to be a part of it.
Posted by Christopher R Taylor at 9:42 AM