A STUDY IN LINES


There's a cartoon going around the net which has a sort of gut level appeal to it, especially if you are younger.  It starts out with a baby being taught by an older man, probably an old man judging by the hair: 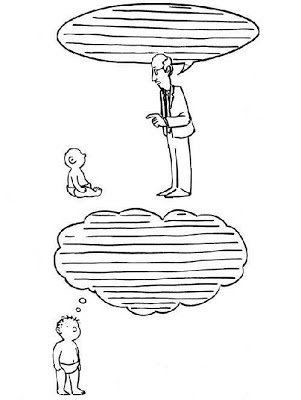 Baby doesn't know any better, so he repeats what he's been told and thinks along those lines, right?
So life goes on and he begins to meet other people and get introduced to new ideas, each one basically straight lines but of different patterns, and his thoughts begin to change. 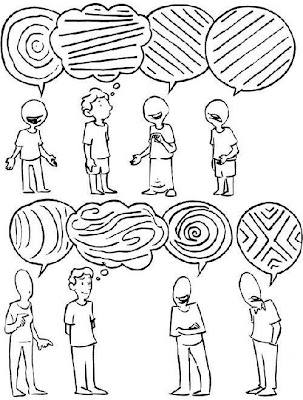 The older he gets, the more varied and unusual these influences become, and his thoughts become more varied, more creative, and more challenging.  He's thinking deeply now, exploring new territory. 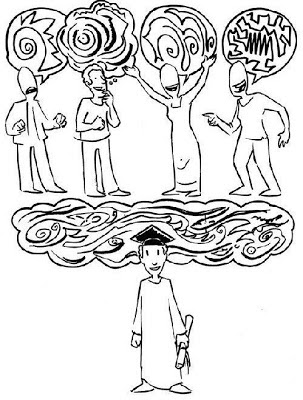 Now, graduated from college, his thoughts are wild and unusual, filled with tangents and fresh concepts.  He's free and unique, thinking outside the old lines of his youth!  And time goes on. 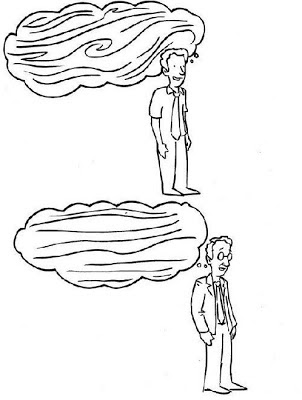 But as he gets older, he starts to become more predictable, more traditional.  All those exotic influences and creative ideas fade and his thoughts calcify.  Until finally as an old man... 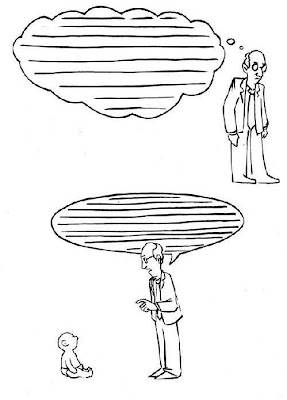 He passes all those old ideas on to another child.  How tragic.
Now, if you're in college, this probably seems like genius to you.  But there are a few problems with this entire scenario.