"Numbers can never direct the destiny of a people. Only genius can do this."


Its time for a quiz at Word Around the Net. Pencils ready? OK lets begin.  No cheating now!  The questions are all true or false, so its easy:
Economy
Government
Culture
Philosophy
OK now look over all your answers, how did you respond to all that? Add up all the true and false answers, without looking below. 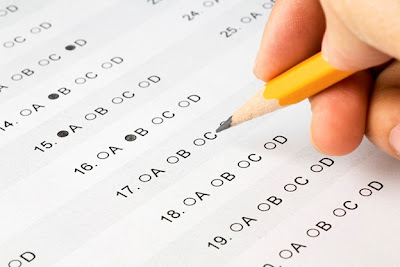 If you said true to all that, you're a fascist.
Now I'm not trying to slander anyone or trick people.  What I'm trying to do is make sense of why entire nations embraced this ideology in the early 20th century. People tend to think of Nazi and fascism as just being bad and evil without really thinking or understanding why that's so.  They have visions of scary gestapo and SS soldiers, they think about death camps, but they don't really understand what the Nazi party taught or what fascism stands for.
Communism most people can recognize still, its not hard to spot the slogans and so on, even if people are a bit hazy on the difference between socialism and communism.  But fascism is just a nebulous evil, and the truth is many people today would actually agree with a lot of what fascists said without even knowing it.
When you read history without understanding what the Nazis believed and taught, its difficult to comprehend why on earth Germany would give so many votes to the Nazi party - and Austria almost all of their votes.  Part of it you can understand in context of depression and the failure of the sitting party to help the nation, part of it comes from frustration and humiliation after WWI, but that's not enough.
The truth is, Nazis taught a large portion of socialism - getting things you didn't work for off the backs of others who you envy - and people really liked the sound of it.  Nazis claimed they would turn the economy around by giving everyone jobs, that they would feed and clothe them, that they would end the conflicts in the streets between communists and government forces (much of which the Nazis were actually behind), that they would give proper education and housing to everyone who needed it.
Combine that with the historical setting and yes, people did really embrace the Nazis.  Sure, some were leery of their philosophy based on the cruel hard ideal of will to power and rejection of absolutes.  Some warned of the danger of a thought process that said "there's no right or wrong, only strength" would lead.  But the truth is, Nazis took parts of leftist ideology and embraced them completely and those ideas appeal to a lot of people.
After all, who doesn't want free stuff without hard work?  Who doesn't envy really rich people at least sometimes?  And when the fascists took over it worked.  The people really did get jobs, food, housing, clothing, and education.  The fighting in the streets really did end.  The rich were really forced to pay "their fair share."  Finally, they had a government not afraid to make the right choices and ignore the status quo, that would do what it wanted no matter who complained.  Finally, they had a leader who really understood them and brought real change.
The fact that this happened by looting and killing off some portions of the population deemed unfit to continue by those in charge was largely shrugged off, ignored, or secretly kept quiet out of fear of being the next target.  But the changes happened; people got the goodies.
And by combining this with a strong celebration of cultural history, patriotism, and a mood of finally feeling good about your country, the fascist governments gained a lot of popular support.  Because it had all the power it wanted, it was able to silence or destroy those who didn't support it.
This isn't some sort of warning or a statement that we're headed that way as a nation.  Perhaps we are, but I doubt it strongly; if America ever falls to tyranny, I suspect it will be in a different way than before.  It is simply an attempt to get people to understand what fascism was about because you can't identify and speak about it rationally unless you do.
But if you agreed to all that, maybe its time you reconsidered a few things about your ideas and politics.
See, in the post I did on Creeping Tyranny which detailed the way Nazis gained power in Austria and the evil that resulted, I got this comment:


Why are people so willing to move to a system where they receive education, food, healthcare, and housing? If everything is good the way it is, why would people support any changes? Perhaps the poor are tired of being poor even though they are working so hard at the several jobs they hold just to barely pay their bills?

Gosh, its so reasonable. Just let the government take over and do it all! Someone linked my Common Knowledge post on fascism to a message board and what sort of responses did it get? Dick Cheney is a fascist! Republicans are all fascists! Sam Walton is a fascist! Newt Gingrich is a fascist! Its just pathetic, because the people posting this would have gladly agreed to much of the above quiz.
*UPDATE: Added two questions and fixed numbering.
Posted by Christopher R Taylor at 10:35 AM

I did say "True" to 18 (at least, initially) because I read it in light of American exceptionalism. Then I remembered the context of the quiz and read it again in light of special interest groups.

Well the thing is, not everything on the quiz is necessarily bad or wrong. Patriotism, for example, isn't a bad thing in and of its self. Hoping humanity is getting better isn't bad in and of its self, and so on.

I answered True for 8 and False for 19. But that didn't really surprise me. Because I am all over the place politically.

I guess I'm some sort of anarchist.

It's likely that Gingrich (who has championed widespread government giveaways) and Cheney (who helmed enormous expansion of executive power) would agree with many of the statements as well. If you apply the same descriptor to Gingrich and Cheney as to their dialetical opponents, it's not a very useful word.

It may be interesting from an academic and taxonomical point of view to identify vague ideas as leaning towards fascism, but after the Second World War "fascism" has developed a very specific meaning. Nazis rose to power - as opposed to other big-government movements - by trading in on longstanding European antiSemitism, and along with Italian fascism, committed atrocities unseen in other European governments who nevertheless shared some ideals one could label as "fascist." Nevertheless there's a huge difference.

The Left can be moronic in its application of the word "fascist" to, say, a guy who wears a tie to work. Falling prey to an equally floppy definition is no way to have a meaningful conversation about government limitation.

I prefer to base my definition of the term on what they stated, how they governed, what laws and actions they took, and how they presented themselves to the public.

Fascism, as I noted clearly and repeatedly in several posts, is neither left nor right, it borrows parts from both and created something new and ultimately horrific.

Most certainly fascism borrowed from prior movements, and it is equally absurd to call Cheney and Obama "fascists." It just seems to me that tagging some very vague concepts as fascist tendencies, however technically accurate, is about as useful as tagging an olive as "pizza-leaning."

I can't argue with that. Which is why I avoided it. I listed specifics that the Fascists themselves wrote about, passed laws to address, carried out, and promoted as reasons to vote for and support them. Its about as vague as using a party platform and their historical actions to define that party.