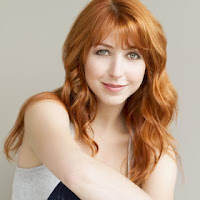 Well its that time again, the most linked, visited, and popular posts of 2012 on Word Around the Net.
After the shooting in Connecticut, a huge debate online arose over mentally ill people getting guns and who is responsible for dangerous lunatics on the streets, which led to my Common Knowledge post on Ronald Reagan and the homeless getting seriously hammered for weeks - it is still getting a lot of attention and forwarding around through emails and facebook.  The sad thing is, you probably know someone as crazy as that shooter, they just haven't snapped and done anything awful, and probably never will.  And you can't throw someone into confinement on the fear they might do bad.
It was just a quick throwaway post because I thought she was cute, but my post on the woman who plays Wendy in the latest ads -  Morgan Smith Goodwin - has been consistently popular and high ranking in my stats ever since I posted it.  It appears I'm not the only one that thinks she's cute.  She's married, guys.
Other Common Knowledge posts that got plenty of notice are the one I did on Kitty Genovese, Hurricane, and the Titanic.  That series has been pretty popular all year, and I still have more to post on it.
The series I've done on surviving economic depression continues to get plenty of attention, as people continue to have the sinking feeling things just aren't quite right despite the reporting we get.  Every so often I get a big spike from the Songs I Like series, as people read one then start going through the long list picking out songs they know and are curious about.
And as always around this time of year I get plenty of links to the King Star post I did about the star of Bethlehem based on Rick Larson's extraordinary work.
Other honorable mentions are the Faux Hate post on faked hate crimes, a post on "food deserts," and my overview of Ayn Rand's philosophies.  Posts I wish got more attention this year include the one on the Treaty of Westphalia and the one on Celebrity Culture.  There's a chance I'll start reposting stuff I think got over looked or insufficient attention next year.
Have a happy new year everyone.
Posted by Christopher R Taylor at 9:54 AM