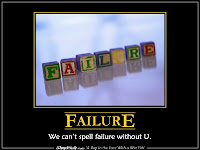 I can identify, Christopher. I often take comfort from Gerard Manley Hopkins' "Why do the sots and thralls of lust more in spare hours prosper than I that spend, Sir, life upon thy cause?" I find resentment to be a constant temptation.

Good post. And I'm glad you're still posting. I don't know if you like progressive music at all, but Neal Morse is an interesting fellow. I'm wondering if you've ever listened to his album, "Testimony". Much of it speaks to what you speak about.

*"Shalom" means "peace" but it is much deeper than that. The rich concept of "Shalom" is the webbing together of God, humans and all creation in equity, fulfillment and delight; it's a universal flourishing and wholeness, a rich state of affairs in which needs are satisfied and gifts are fruitfully employed, all under the arc of God's love. "Shalom", in other words, is the way things ought to be.